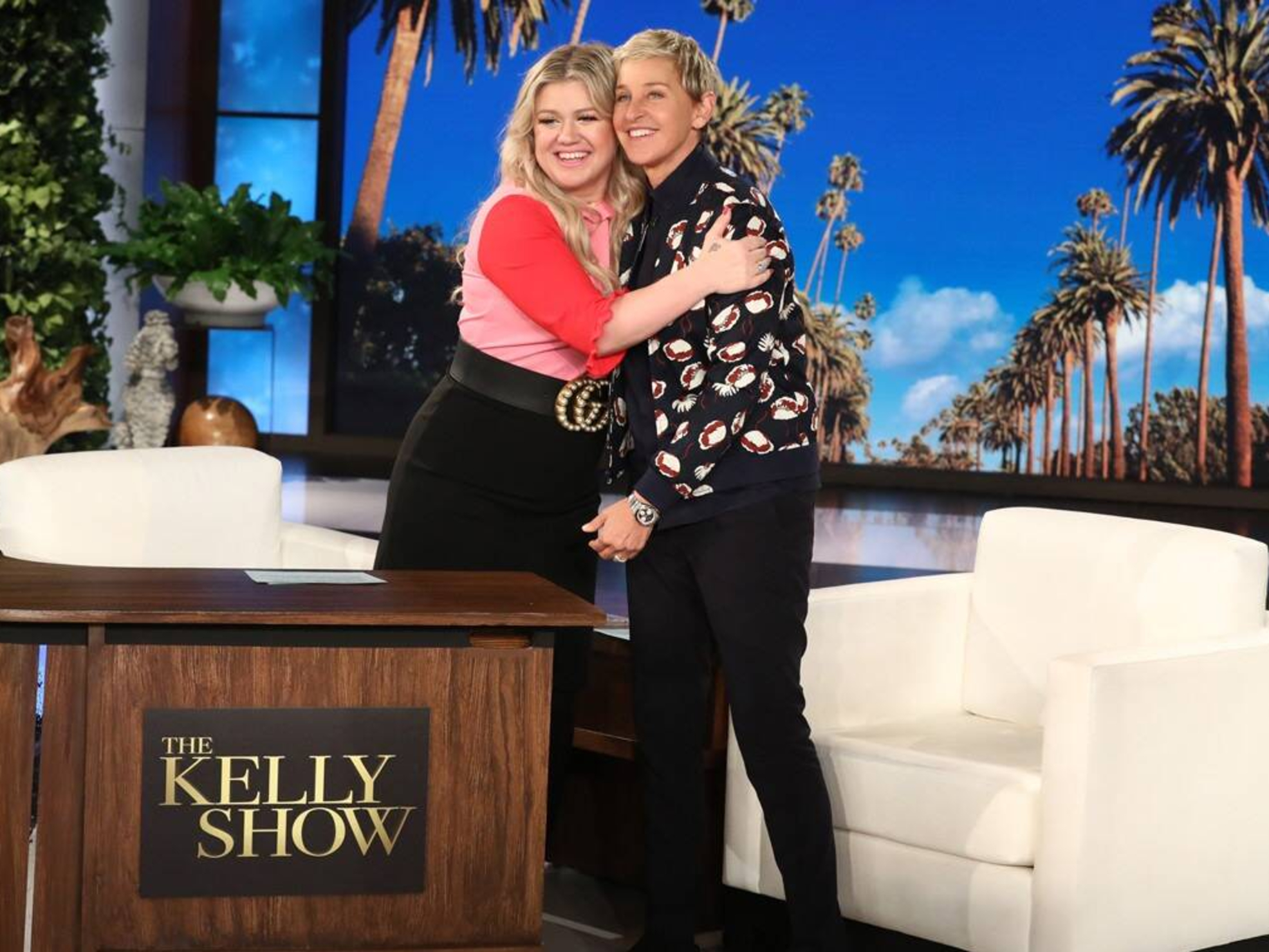 Are Kelly Clarkson and Ellen DeGeneres at war due to their talk shows’ ratings? Ellen DeGeneres has been the queen of daytime since the first queen, Oprah Winfrey, vacated the talk show platform and launched her own network. Things were right as rain for Ellen who was one of the most beloved public figures and had built a reputation with television viewing audiences for being gracious, compassionate, charitable, and most-of-all, kind.  Again, Ellen seemed to fill a void left by Oprah Winfrey who loved to give gifts to her audience members ranging from pricey Christmas presents, money, and even cars.

Things came crashing around Ellen when some of her former employees began speaking out on social media and called the 62-year-old comedian the meanest woman in Hollywood. The story went viral as ex-employees flocked to Twitter in droves to share their ‘horror stories’ of being cruelly treated by Ellen. As Ellen’s world and talk show ratings tumbled (she’s been losing sponsors left and right and now her ratings are tanking) Kelly Clarkson rose from Ellen’s wake like a phoenix ready to take her rightful place.

As Ellen has fought to keep her show afloat, Kelly Clarkson’s talk show has been smooth sailing and now she is in a ratings tie with Ellen!

Kelly hasn’t had the best year either. Though no one is publicly slamming Kelly with allegations of cruelty, she has gone through her fair share of emotional upheavals as she’s in the midst of a nasty divorce and custody battle with her estranged husband Brandon Blackstock.

Still, through all that Kelly has on her plate, her show continues to shine and she has captured the heart of the public who stand by her and support her by giving the 38-year-old mother of two their loyalty.

A conversation took place on Twitter when it was learned that due to Ellen’s dropping ratings, Kelly Clarkson had tied her in Nielsen’s ratings.

Kelly’s fans continue to defend her on social media platforms, especially when it comes to comparing Kelly and Ellen.