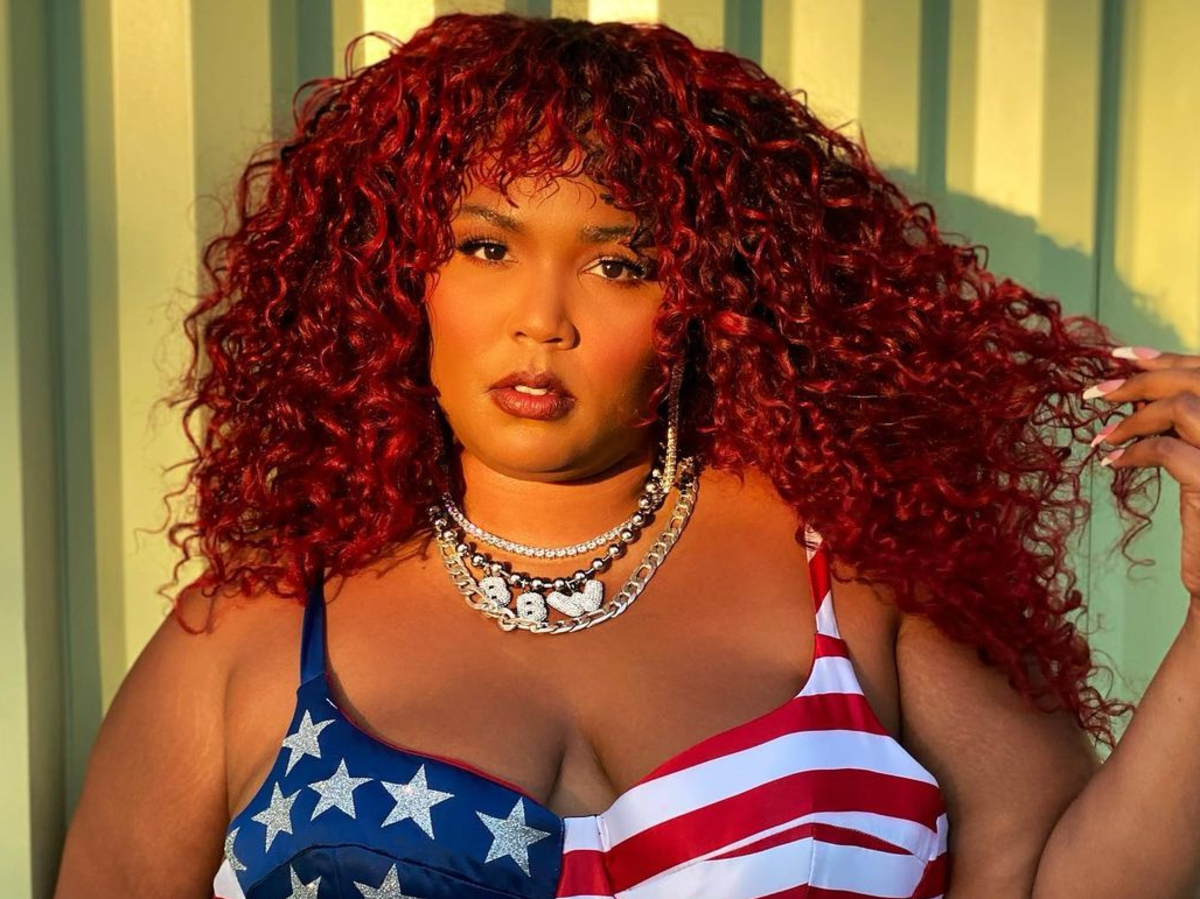 Lizzo is putting her curves and famous backside on full display in new photos and videos that she’s sharing on her social media accounts. The 32-year-old shared the cheeky video on her official Instagram account, where she has 9.4 million Instagram followers and is encouraging people to cast their votes while they still have time. Known for her body positivity and as one of social media’s most powerful influencers, the three-time Grammy winner posted a video in her Instagram stories, where she is celebrating and having a great time with friends on vacation. Now, Lizzo is showing off her backside while twerking in a bikini.

Lizzo could be seen in the video holding a drink in one hand, while she wore a pair of sunglasses and donned a baseball cap. She stood up and began twerking while her friends cheered her on. Lizzo has been focusing on her health and previously announced she’s become a vegan. It’s unclear what her drink was, but she looked relaxed and happy as she showed off her curves in what appeared to be a snake-skin print bikini.

Fans have been praising Lizzo on her complexion and many say that her skin seems to be clearer and more radiant since she’s given up animal products in exchange for a vegan lifestyle. Though Lizzo isn’t actively trying to diet, the way Adele and Rebel Wilson did, she is showing off her new, healthier version of herself.

You may see the video that Lizzo shared with her Instagram followers below.

Lizzo Twerks up a Storm pic.twitter.com/9YjoREfsQR

You may see a video of Lizzo speaking out about voting in the player below.

#Lizzo just put out a Go Vote video and @DarynJones thinks it’s the best vote vid of all time! She sings, she twerks, and Daryn thinks all celebs should do the same in their Go Vote vids!

Lizzo also shared a final plea to her followers and encouraged them to vote on her official Instagram page. She spoke about the future of America and stated the following.

I believe in a country that teaches the true history so we can better understand where we live and how we can do better.

I believe in a country that listens to the cries of the protester and doesn’t politicize death.

I believe in restoration of this beautiful land and respecting the communities of people who owned America before colonizers renamed it.

I believe in fairness, equality, a complete removal of religion in places where it does not belong. Let religion live in the churches and places of worship… the quiet prayer rooms, the joyful congregations.. and out of Congress.

Today’s the last day to vote. Stay in line, stay determined and thank YOU for voting.

What do you think about Lizzo’s video and her message to her fans regarding voting?