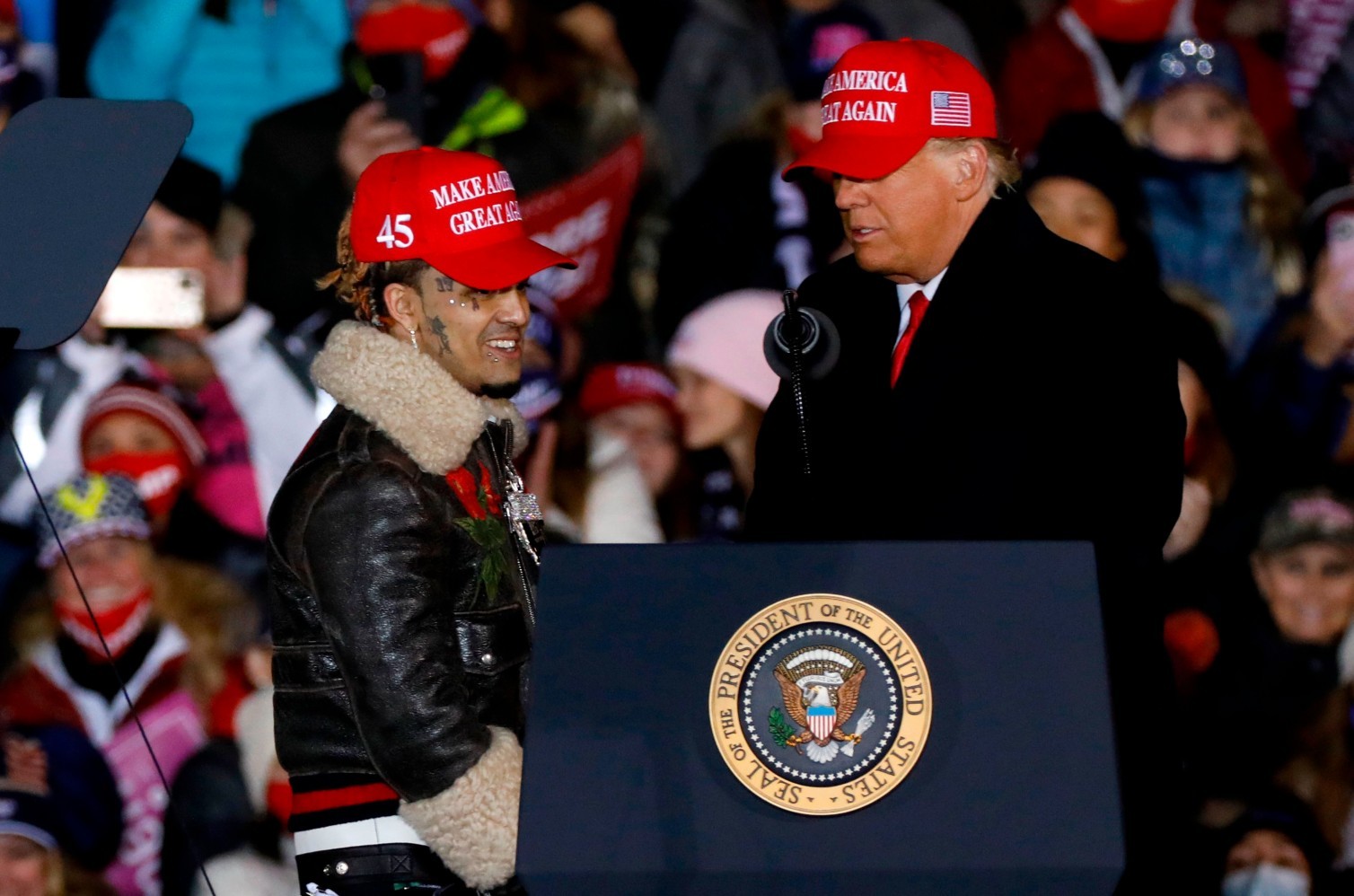 Lil Pump brought a smile on his fans’ face today when he changed his IG name to Lil Pimp. You may recall that Donald Trump mistakenly called him that a few days ago when they met.

The Florida rapper’s real name is Gazzy Garcia, and he recently spoke to a crowd of Trump supporters in Grand Rapids, Michigan on Monday evening (November 2).

The young rapper was hailed as ‘one of the big superstars of the world’ by the current POTUS. Fans laughed their hearts out when Trump called him Lil Pimp, and then he corrected his mistake.

Someone said: ‘the way u promoting this I feel like your getting paid to do it 🤷🏾‍♂️.’

Another follower said: ‘One of the best presidents we’ve ever had! TRUMP 2020! 🇺🇸’ and someone else posted: ‘U are a sell-out! How does that make u feel🧐.’

A fan wrote: ‘Damn you fell of, and now this is what you gotta do for relevancy 🤡’ and someone else said: ‘One of the best presidents we’ve ever had! Trump, 2020!’

One other commenter posted this message: ‘Donald Trump created the platinum plan (plan for black communities that includes labelling the KKK a terrorist organization, making lynching a federal hate crime. Making juneteenth a federal holiday and putting $500B into the black community), made a peace agreement between Israel and the UAE (and didn’t need to send 150 billion dollars to a terrorist state to do so), ended US military involvement in Syria, approved a timeline to remove all troops from Afghanistan.’

Lil Pump got a lot of criticism for showing support to Donald Trump in the presidential election and one of the people who held nothing back when dragging him for this choice is none other than Bella Hadid!