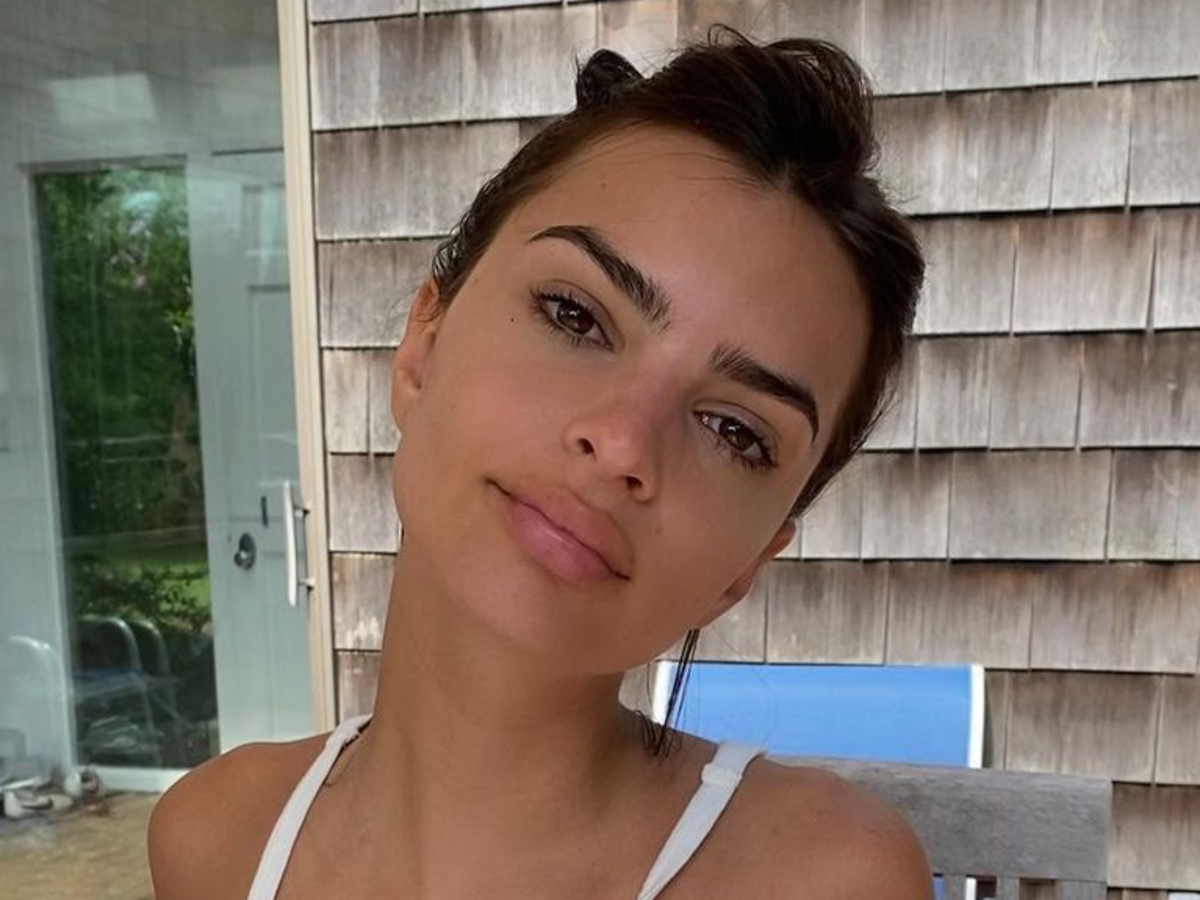 Emily Ratajkowski shared a photo of her Halloween costume on Twitter and fans are here for the look. The 29-year-old model is married to director and actor Sebastian Bear-McClard and is pregnant with the couple’s first child. She made the announcement in a powerful essay for Vogue magazine and is now turning to another fashion magazine for her Halloween costume. Emily drew her costume inspiration from the 1992 Vanity Fair issue that featured a pregnant Demi Moore as she showed off her baby bump while wearing a black bra and black panties. A white shirt hung loosely from Demi Moore’s arms and draped down behind her back.

Emily recreated the entire look and even added a white blouse to her outfit. She shared side by side photos of her look and included the caption: Happy Halloween with an added pumpkin emoji.

Emily mastered the look by donning a short wig that mimicked Demi’s short, spiky hair. Emily’s own hair is past her shoulders and dark after a summer bout as a blonde.

You may see the side-by-side photo that Emily shared of her Demi Moore, Halloween costume below.

Emily continues to look stunning and has been proudly showing off her burgeoning baby bump on her own social media pages as well as the accounts for her Inamorata Woman fashion line. Emily has been modeling bikinis and one-piece bathing suits while pregnant and has done so gorgeously. Emily surrounds herself with strong, powerful women including Ashley Graham and Lena Dunham who have plenty to say about body positivity.

During Emily’s Vogue essay, she made several remarks about her body, society’s expectations from beautiful women, and finding her own power in an industry that left her feeling detached from her own body at times. She also voiced her concerns regarding raising a child in the new millennium with preconceived, stereotypes — specifically those that are gender-related.

As many new parents discover, life has a way of taking you beyond your fears by putting you in situations that you never expected. Emily’s worries aren’t uncommon and there’s no doubt that her awareness of these problems will only serve to make her a more attentive and attuned mother to her child’s needs — whatever they may be.

What do you think about Emily’s Halloween costume? Do you remember the Demi Moore 1992 Vanity Fair magazine article?