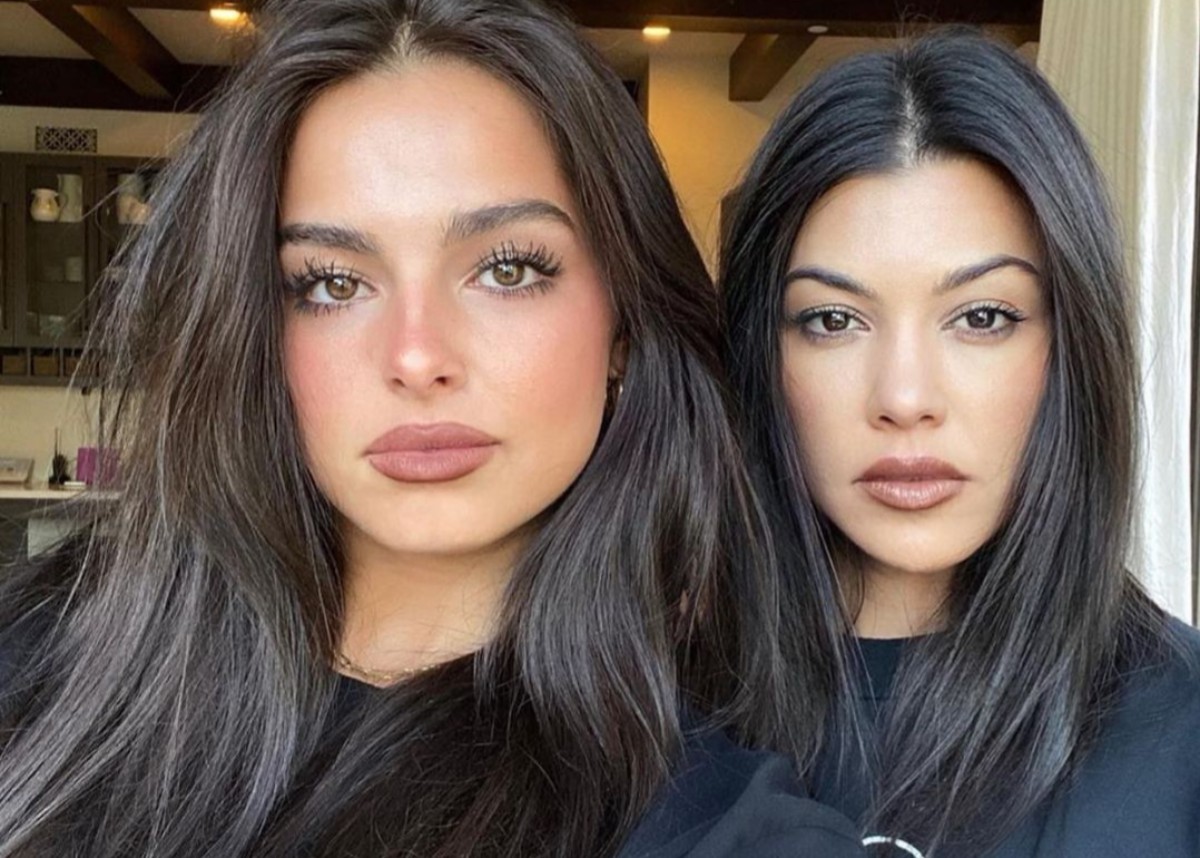 Kourtney Kardashian and gal pal Addison Rae are living it up in New York City and putting on a fashionable front while doing so. The pair has been virtually inseparable and now the duo is wearing matching outfits. Though some are still baffled as to why Kourtney, 41, and Addison, 20, are such close friends (Addison’s mother, Sheri Easterling is the same age as Kourtney) the two have continued to forge out a super close relationship. In fact, the two have been spotted multiple times wearing matching outfits.

As the pair are in New York City (Addison celebrated her 20th birthday on October 6, 2020) they’ve been coordinating their outfits together.

Kourtney made headlines for wearing a Jill Sander, turtleneck top as a mini dress, but it wasn’t the first time the two wore similar styles. As Kourtney was spotted wearing the Sander top while out around NYC, Addison was with her wearing a pair of vegan leather pants. What was interesting, was that Addison’s pants matched Kourtney’s Nour Hammour, lambskin leather coat.

The coat that Kourtney Kardashian wore is called the Uptown Girl Shearling Collar Trench Coat and Kourtney wore it in the color chocolate. The coat retails for approximately $1660 and is made from lambskin leather and has a detachable, lamb shearling collar. Kourtney’s coat matches Addison’s pants with the difference being Addison wore vegan leather.

Addison Rae’s pants are from Wilfred Melina and are called the Melina Cropped Pant. They retail for approximately $148 and Addison wore the color cognac.

Addison paired her vegan leather pants with a crop top from Iamkoko.LA. The top is called the Reworked  Camo Corset and retails for approximately $68.

You may see several photos of Kourtney Kardashian and Addison Rae wearing matching outfits in New York City in the photo slideshow below.

Addison was seen wearing the pants when she was out with Kourtney in Manhattan but this time she wore a different top and opted for an off-white, see-through shirt. Kourtney coordinated by wearing a coat in a matching color. You may see those photos below.

What do you think about Kourtney Kardashian’s and Addison Rae’s matching looks?