Justin And Hailey Bieber Can't Keep Their Hands Off Each Other For Vogue Italia Photoshoot - yuetu.info 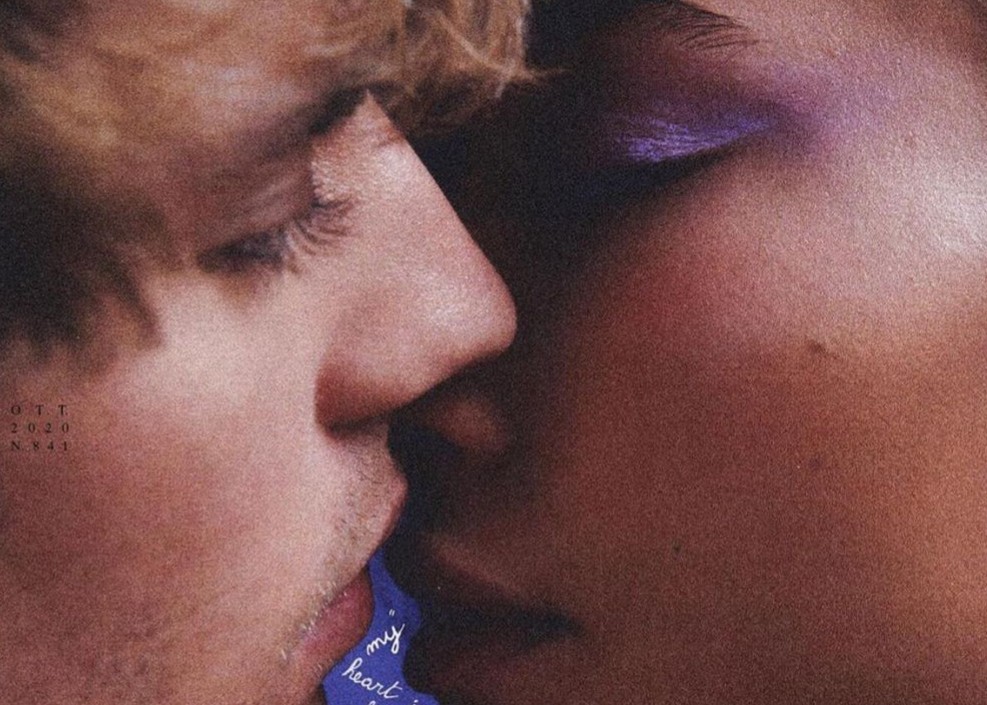 Justin and Hailey Bieber have been married for two years and they are still deeply entrenched in the honeymoon stage of marriage. The happy couple recently posed for Vogue Italia and they couldn’t keep their hands off of each other throughout the photoshoot. The couple posed for renowned celebrity photographer Eli Russell Linnets and the photos are stunning.

As is the custom with magazines nowadays, there were several covers shot featuring the lovebirds. In one cover, Justin and Hailey could be seen with their lips mere centimeters away from each other as if they were ready to kiss. Justin’s hand rested on Hailey’s chin as she had her eyes closed in anticipation waiting for Justin’s lips.

In the other cover, the couple cuddled in bed with their legs intertwined. Hailey looked up at her husband who was gazing down at her. Her hand wrapped around the back of his neck. With her other hand, she held onto his as he placed it against her chest. The photo’s caption read as follows: ‘My heart is where my wife is.’

The photos come as some of Selena Gomez’s fans believe that Justin Bieber tattooed a rose on his neck in honor of Selena. Those who are wishing that “Jelena” will one day get back together may want to think again as Justin and Hailey seem just as much in love now as ever.

In fact, many reports are surfacing that suggest the two may start a family soon.

You may see the Vogue Italia cover featuring Justin and Hailey Bieber cuddling together in the bed below.

Here is another cover featuring Justin and Hailey Bieber as shared on the official Vogue Italia Instagram account.

“My heart is where my wife is” said Helmut Newton. His life devotion for his wife June Newton and their creative relationship influenced all aspects of his work. To honor their partnership we asked @HaileyBieber and @JustinBieber, one of today's most iconic celebrity couples, to be the protagonists of our cover story. Photographed by @EliRussellLinnetz and styled by @melzy917 in @YSL by @AnthonyVaccarello. Discover more via link in bio. Full credits: Editor-in-Chief @EFarneti Creative director @FerdinandoVerderi Casting directors @pg_dmcasting @samuel_ellis Justin’s personal stylist @KarlaWelchstylist Text @MicheleFossi Hair @SerenaRadaelli @cloutierremix Make-Up @FrancescaTolot @cloutierremix Grooming for Justin @brittsully Manicure @KimmieKyees @thewallgroup Set design @HeathMattioli @frankreps On set @roscoproduction #aboutNewton

In the photo that you may see below, it appears as if Justin is practically worshiping Hailey. He is kneeling on the floor with his face pressed against Hailey’s stomach and some are asking if they don’t see a baby bump!

It appears that fans want Hailey to have a baby so badly, they are seeing baby bumps every time she has her photo taken!

What do you think about Justin’s and Hailey’s Vogue Italia photoshoot?