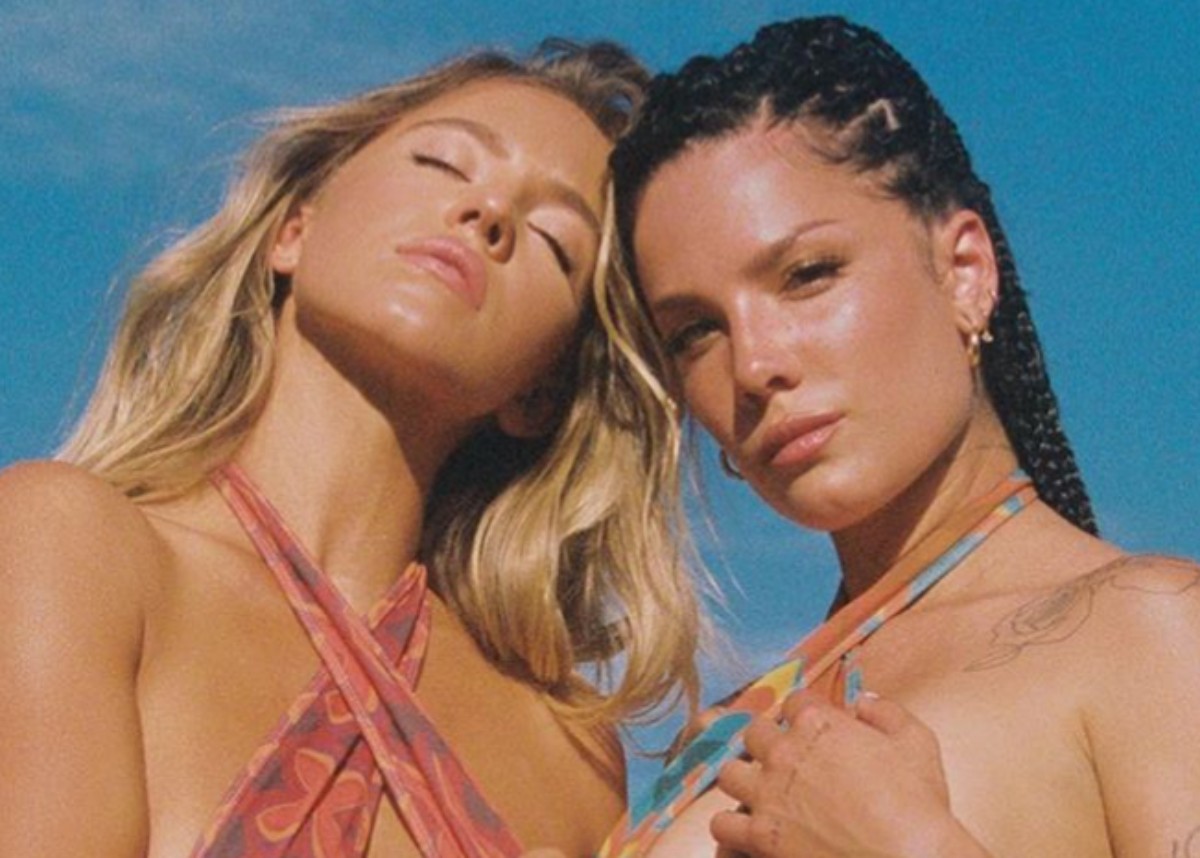 Halsey and Sydney Sweeney put their beach bodies on full display in revealing swimsuits and photos of the women are going viral. The two women are best friends and are co-producing and starring in an upcoming television series — The Players Table that is scheduled for a 2021 release date. While fans will have to wait to see the duo star in the series, they can check out the beauties as they posed for a bevy of sexy swimsuit shots. Halsey is 26-years-old and Sydney is 23-years-old. The two looked sensational as they showed off their flawless figures in a series of bathing suit shots that included each wearing cut-out one-pieces and bikinis.

You’d never know that summer is officially over by looking at Halsey’s and Sydney’s official Instagram accounts! Halsey has 21.4 million Instagram followers and the photo slideshow has more than 2.7 million likes and over 19,000 comments. Halsey credited celebrity photographer Sam Dameshek (who photographs Shawn Mendes) with the photoshoot.

You may see the caption and the photo slideshow that Halsey shared on Instagram below.

strong and tender, my favorite lady and I. @sydney_sweeney 🍇🍇🍇 photos by the fabulous @samdameshek

strong and tender, my favorite lady and I. @sydney_sweeney 🍇🍇🍇 photos by the fabulous @samdameshek

Fans are more than excited to see Halsey make her acting debut in The Players Table. Sydney has appeared in the Hulu hit The Handmaid’s Tale and can be seen on Euphoria. This isn’t going to be the first time that the two will appear on screen together, as they both appeared in Halsey’s music video for “Graveyard.” You may see Sydney and Halsey star in the video for “Graveyard” below.

Not only are fans excited to see the two stars in the series, but it appears that Halsey is overjoyed as well. She continues to share photos with Sydney and the duo is already creating tremendous buzz for the show that is still in pre-preproduction!

Are you looking forward to seeing Halsey and Sydney star in The Players Table?