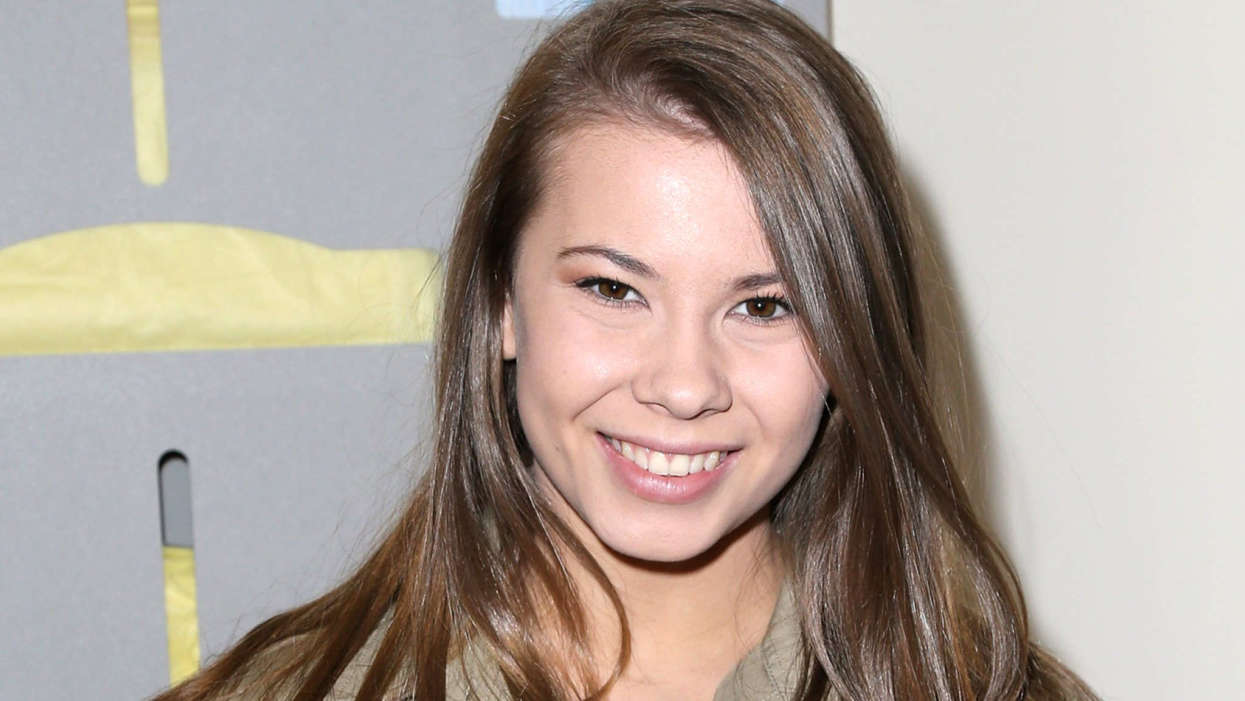 The 22-year-old daughter of the legendary Steve Irwin is in the beginning stages of her pregnancy, Hollywood Life reported today, but she’s excited to see how her daughter is growing so much already. Fans of Bindi know she’s currently pregnant with her first baby and she shared a baby bump picture on the 10th of October.

Approximately two months ago, she and her husband, Chandler Powell, 23, announced they were expecting a baby girl. According to Hollywood Life, the new Instagram picture features the expecting mother with her hands on her stomach grinning from ear to ear.

Terri Irwin, Bindi’s mother, apparently was the one to take the photo because Bindi wrote in the caption that her “beautiful mum” who snapped the picture. Fans of Irwin were quick to celebrate her pregnancy with all kinds of sweet comments, including compliments on what great parents they’re going to be.

Ever since it was revealed she and her husband were going to have a baby on the 11th of August, Bindi and Chandler have been posting pictures from the Australian zoo, including comparisons between baby sizes to different animals there.

Baby girl, you are our world. ❤️ Our beautiful daughter is now about the same size as a hatchling Aldabra tortoise and is as healthy as can be. We can’t wait for her arrival next year.

Back in September, Bindi shared that her child was about the size of a hatchling Aldabra tortoise. Bindi Irwin isn’t the only celebrity who’s pregnant amid the coronavirus pandemic.

Currently, Gigi Hadid and her boyfriend, the former One Direction member, Zayn Malik, are expecting their first child together. The couple announced the news earlier this year after several weeks of rumors in the press.

Regarding Bindi and Chandler, on the 1st of October, it was reported that they were enjoying every moment of expecting their first child. Sources stated at that time that they were really looking forward to it and they had been receiving a lot of support from their friends, family, and fans. Bindi and Chandler were incredibly grateful for the comments they received, the source shared.

Moreover, the couple has already been figuring out how to raise the baby once it has been born, including mapping out its future and learning more about parenthood.