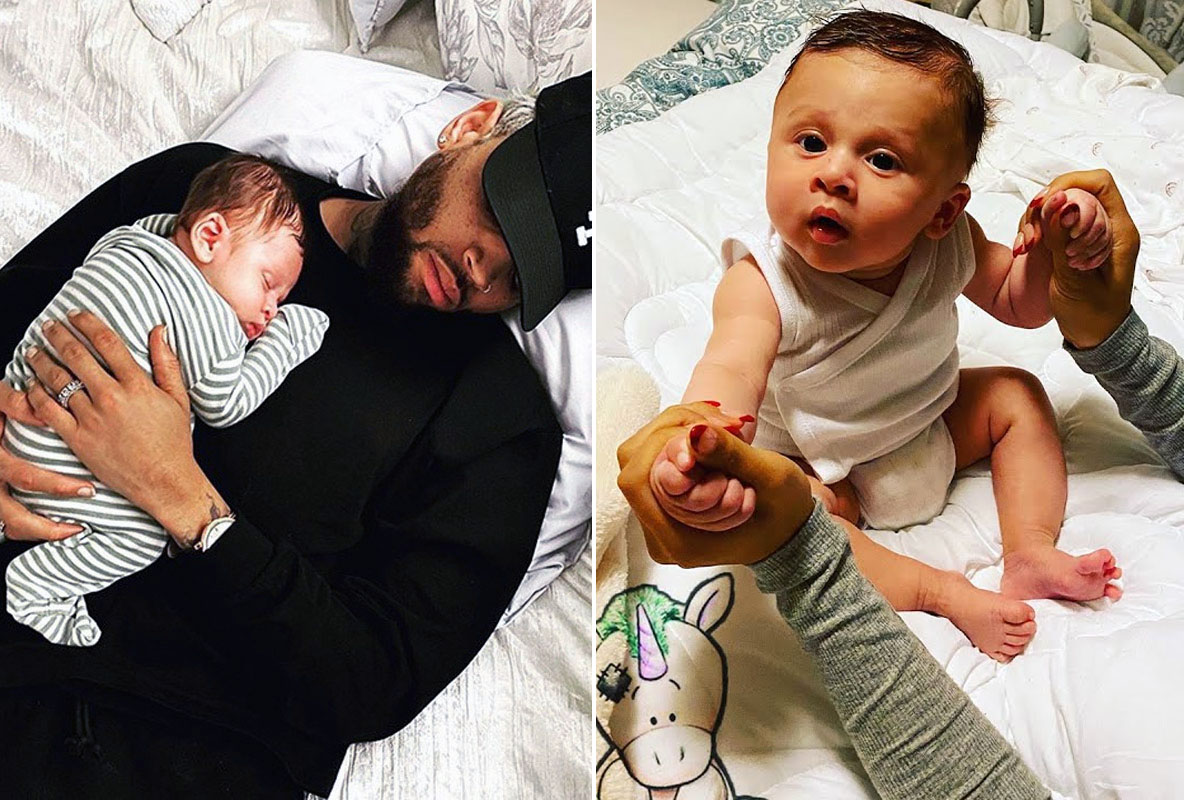 Ammika Harris shared clips featuring her baby daddy, Chris Brown, and their boy, Aeko. See Chris having the time of his life with his son!

The family reunited a few days ago, and their fans could not be happier to know that they are finally together.

It’s not very clear whether Ammika and Chris are still a couple, but they do co-parent and love baby boy Aeko to the moon and back, that’s for sure.

Check out a part of Ammika’s IG live stories:

#TSRDaddyDuties: Awww!! #Roommates, #ChrisBrown and his baby boy are spending some quality time! 😍

Someone said: ‘Y’all can say what you want bout Brezzy, but he’s a good dad, and he’s been out the headlines for YEARS🙏🏽,’ and one other follower posted this: ‘Chris is aging like the white side of his family. Cute kid tho. 😭’

A fan posted: ‘Chris really is a great guy, and even a better father figure,’ and someone else said: ‘I wish he never posted his son because y’all disrespect TF outta him lol. He looks JUST like him. 🤷🏽‍♀️’

One other follower posted this: ‘It looks like he’s just passing by to just see his son,’ and a commenter said: ‘He looks like a man again, changed for his kids thank Jesus.’

Someone else said: ‘She wanna be the only one so bad 😭’ and a commenter posted this: ‘Damn I was going to say the shade room missed this, but y’all got it. 💀💀’

Another follower said: ‘His son reminds me of the kid from the meme holding the coffee cup wit the smirk on his face.’

It’s been recently revealed that Chris Brown was finally able to come and see his baby mama, Ammika Harris, and baby boy, Aeko. Not too long ago, she shared a message about love on her social media account.

‘Love…., and that’s every day. For the rest of my life,’ Ammika captioned her post.