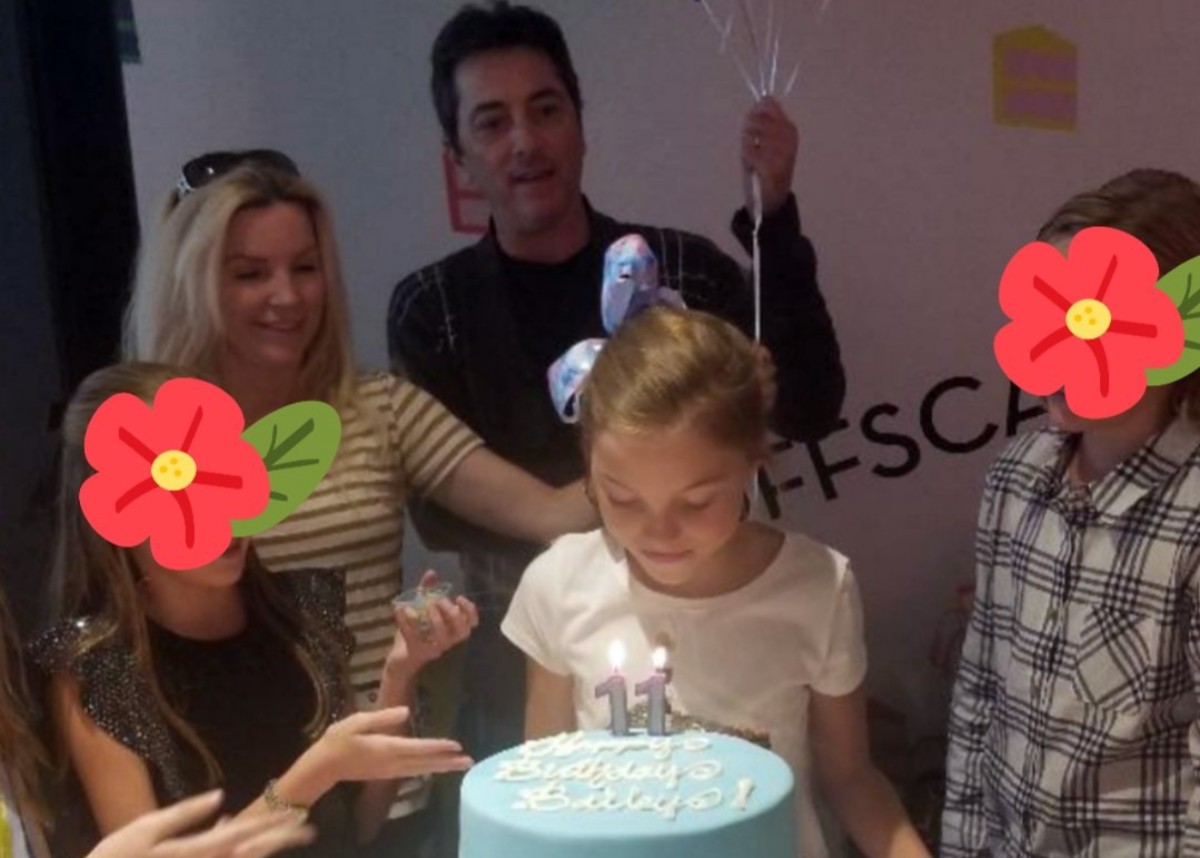 Scott Baio is clapping back at Duff Goldman after he left an unkind comment about the actor and outspoken Conservative and President Trump supporter. Goldman left a remark referring to the online spat between Scott and comedian Wanda Sykes. Goldman stated that the recent California earthquake was people laughing at Scott Baio due to Wanda roasting him. Scott Baio not only clapped back but shared a photo of how his 12-year-old daughter Bailey Baio was a fan and how his comments directly hurt his child.

Duff Goldman stated the following in response to Scott Baio’s tweet about the earthquake.

Felt that one. #earthquake

Scott then made a direct statement to Duff and his fans and followers were quick to agree with Scott and condemn Goldman’s comments.

My daughter is heartbroken over your hate. Bailey was one of your biggest fans. We are praying for you during this holy holiday. Please be kind as it speaks volumes to your young viewers on

Scott shared photos clearly showing how Bailey looked up to Duff Goldman and was part of the Food Network’s “Team Duff.”

Now, Scott is connecting with another baker and made a point that their family will not be using Duff Goldman or giving him any of their business again.

My daughter is heartbroken over your hate. Bailey was one of your biggest fans. We are praying for you during this holy holiday. Please be kind as it speaks volumes to your young viewers on @FoodNetwork. Do better @duffgoldman https://t.co/U0xEYrVMkX pic.twitter.com/JNiYhzV8qE

Scott’s fans quickly began retweeting Scott’s tweets and reached out to Buddy Valastro on his behalf. Now the two have connected and Buddy will be making Bailey Baio’s birthday cake!

If anyone can help me get in touch with @CakeBossBuddy I'd appreciate it. My daughter's 13th birthday is November 2nd. I want to hire him to make her special birthday cake! Thanks so much. https://t.co/OEnIpkO2GZ

Thanks, however, Duff didn't refuse to make a cake. He just let his political ideology interfere with business. Lost me as a repeat customer due to his unwarranted hate towards me.

Not only is Duff Goldman not getting the Baio’s business, but many of Scott’s fans have vowed to stop watching Duff Goldman or purchasing any of his products.

What do you think about Scott’s clapback to Duff? Do you think that people should stop being so cruel on social media? Should celebrities and television show hosts think about their online behavior and the impact that it has on their younger viewers, like Bailey Baio?