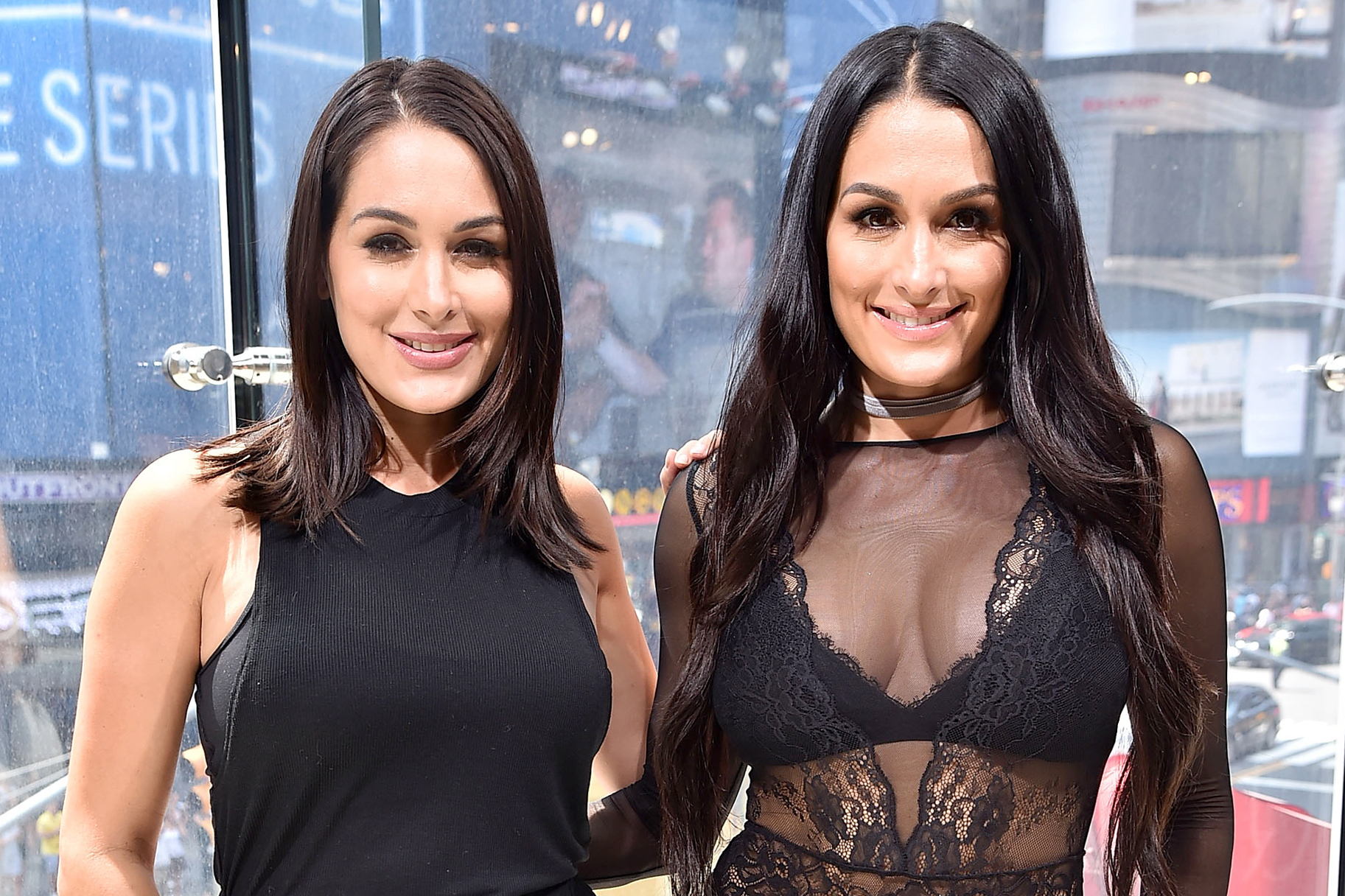 Both Nikki and Brie Bella took to social media to share some adorable new snaps of their baby boys they welcomed only a day away from each other! Nikki Bella posted a pic featuring her and Matteo sharing some ‘Sunday laughs’ while her twin sister also posted family pics and expressed how excited she was to watch some football with her son, Buddy!

The adorable posts did nothing if not prove that the moms really love spending quality time with their super cure bundles of joy.

And naturally, fans enjoyed the heartwarming sight as well, gushing over the babies and their loving moms in their respective comment sections.

Nikki’s post showed her holding Matteo on her knees and she had a massive smile on her face while looking at him adoringly, the infant giggling right back!

Brie posted more than just one pic, one of them showing Buddy rocking a football onesie while laying down on a bed, looking like the happiest child in the world!

Other snapshots showed the newborn spending some adorable time with his father Daniel Bryan and his sister, Birdie as well!

Nikki captioned her snap with: ‘Sunday Laughs ✨ , and she also tagged her fiancé and father of her son, Artem Chigvintsev, since these days he is away from them after returning to the set of Dancing with the Stars.

Meanwhile, Brie’s caption read: ‘Soooo excited for some @philadelphiaeagles and @seahawks today!!! 💚💙 Trying to convince Buddy to be an Eagle Fan but I’m thinking he’s leaning towards the Seahawks….at least my Bird is an Eagle girl!! #flyeaglesfly 🏈 @nfl.’

Soooo excited for some @philadelphiaeagles and @seahawks today!!! 💚💙 Trying to convince Buddy to be an Eagle Fan but I’m thinking he’s leaning towards the Seahawks….at least my Bird is an Eagle girl!! #flyeaglesfly 🏈 @nfl

Obviously, the twin sisters were spending a great weekend with the young ones and could not help but document that time and share the snaps on their go-to platforms.

This comes only a month and a half after both Nikki and Brie Bella gave birth to their sons after spending the entirety of their synched pregnancies in quarantine together.