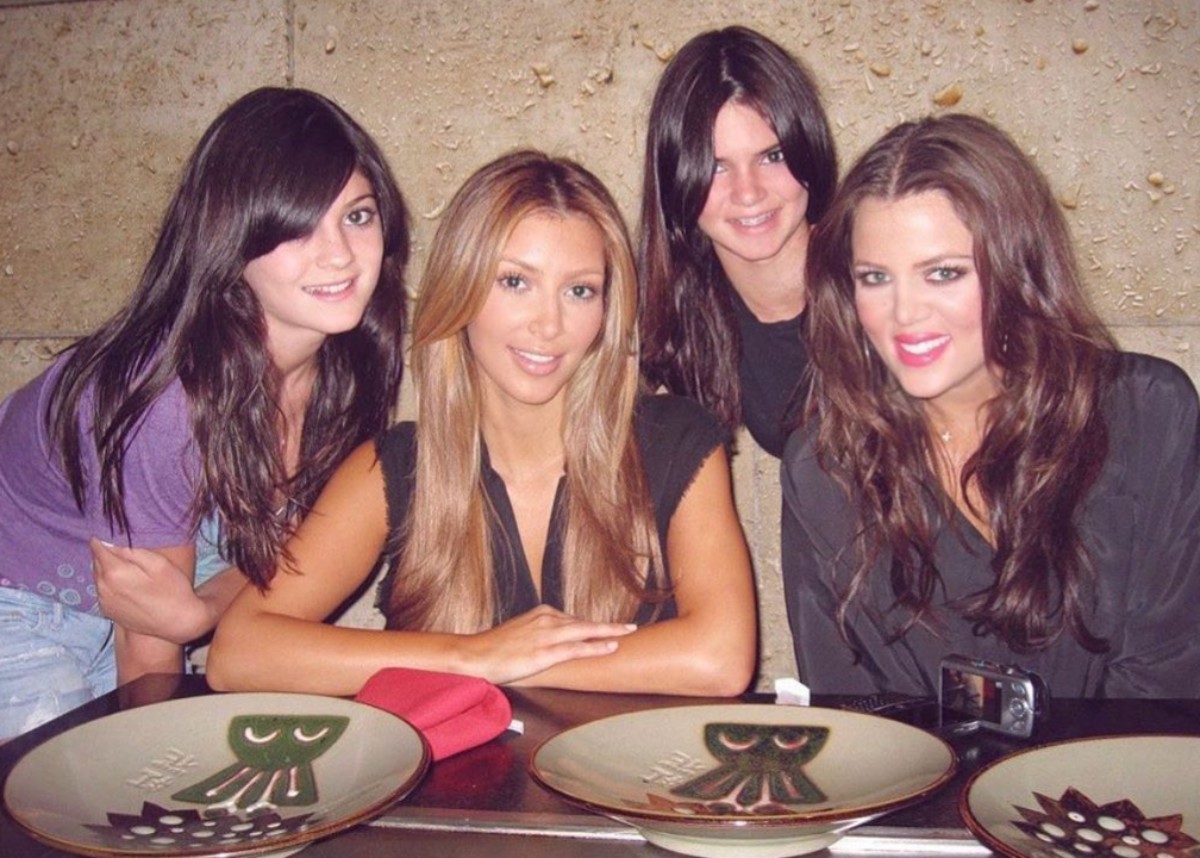 Kim Kardashian shared an epic throwback photo featuring herself, Khloe Kardashian, Kendall Jenner, and Kylie Jenner. And though Kylie Jenner immediately sounded off and wanted the photo deleted, it has prompted multiple comments from the public. The first and most noticeable fact is that the sisters look extremely different in the throwback picture than they do today. The Kardashians and Jenners are regularly subjected to critiques about their physical appearance and habitually are accused of going under the knife. To this day, none of the Kardashian/Jenner children admit to having plastic surgery.

Now, many are asking how much the women’s glow-ups can be attributed to plastic surgery and how much is Photoshop.

Kylie Jenner has undoubtedly undergone a huge transformation due to her changing body type and lip size, but many people would say Khloe Kardashian has equally changed as much. Khloe can barely post a photo on social media without being accused of going under the knife or looking “unrecognizable.”

The one sister who is credited with still “looking the same” is Kourtney Kardashian who proudly embraces her weight gain, shows off her stretch marks, and seems confident with her body just the way it is.

The Kardashian/Jenners get a lot of feedback on the way they have impacted social media in a selfie-obsessed world. Some feel the Kardashians and Jenners have done young girls more harm than good by continually changing their looks while selling beauty products. Kylie Jenner appeared to have increased her lip size overnight and many feel that the rise of her Kylie Lip Kit was essentially false marketing.

Other people accuse the Kardashians and Jenners (most specifically Kim Kardashian, Khloe Kardashian, and Kylie Jenner) of blackfishing. This is to say that before they were famous and at the start of their series Keeping Up With The Kardashians (KUWTK) they appeared to look like caucasian women. Now, they appear as if they are trying to be black women. Still, the women deny altering their appearance with plastic surgery.

Photos of Kylie Jenner taken during the Coronavirus pandemic without makeup had many people saying, “She looks like a white girl again!”

You may see the throwback photo that Kim Kardashian shared with her 189.2 million Instagram followers below.