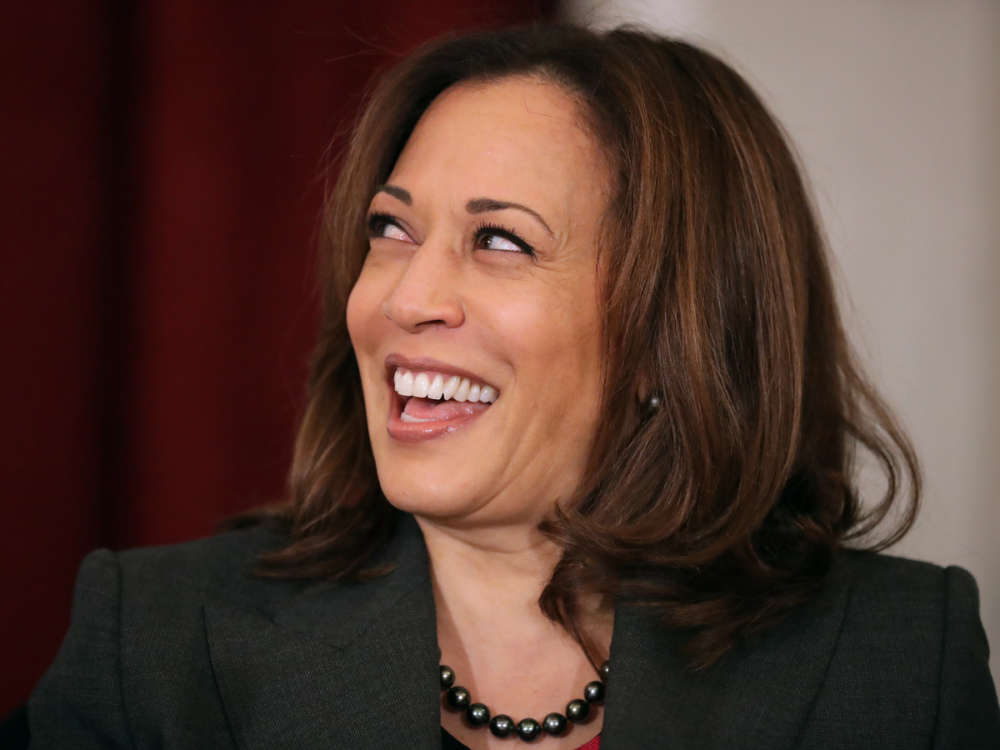 It’s a widely held belief that politicians change their interests and political dispositions when an election draws near, which is precisely what some social media users are accusing Kamala Harris of at the moment. Hot New Hip Hop reported this week that Kamala Harris said Tupac was the “best rapper alive.”

Amid the NAACP’s virtual convention on the 25th of September, Harris said Tupac was the “best rapper alive.” As hip-hop and music and fans know, Tupac has been dead for over twenty years after he was shot and killed in Las Vegas in the mid-1990s.

Not long after Kamala made her remarks, Angela Rye, a reporter from CNN, reminded Harris that Tupac was murdered in 1996. Harris brushed off the mistake, saying, “I keep doing that,” while laughing at the same time.

When asked who her favorite rapper was – who’s actually still alive today – Kamala claimed there were just “so many” but she didn’t want to name any because she wanted them to “stay in their lane.” Some people believe her comment was a jab at Kanye West, who is currently vying for the presidential seat.

Then says “Not alive, I know, I keep doing that.”

Tries to think of another living rapper. “There’s some I would not mention right now because they should stay in their lane.” pic.twitter.com/MZJ5FZC4qP

Thus far, her comments have garnered mixed reactions from social media users, with some arguing that she likely doesn’t even know any current rappers and is just pandering to a young, black audience, while others brushed it off as an honest mistake.

Moreover, some social media users accused Kamala Harris of patronizing rappers by telling them to “stay in their lane.” However, critics of Kanye West interpreted her comments as a deserved knock against him,

As most know, Kanye, the Yeezy creator, announced he was going to run for the presidency back in July this year amid the 4th of July weekend. His campaign has been criticized on a number of fronts, including the theory that he’s merely running for the presidency to take votes away from Joe Biden, essentially, to help Trump.

Kamala Harris, on the other hand, was announced as the vice-presidential candidate for the Democrats earlier in the year.