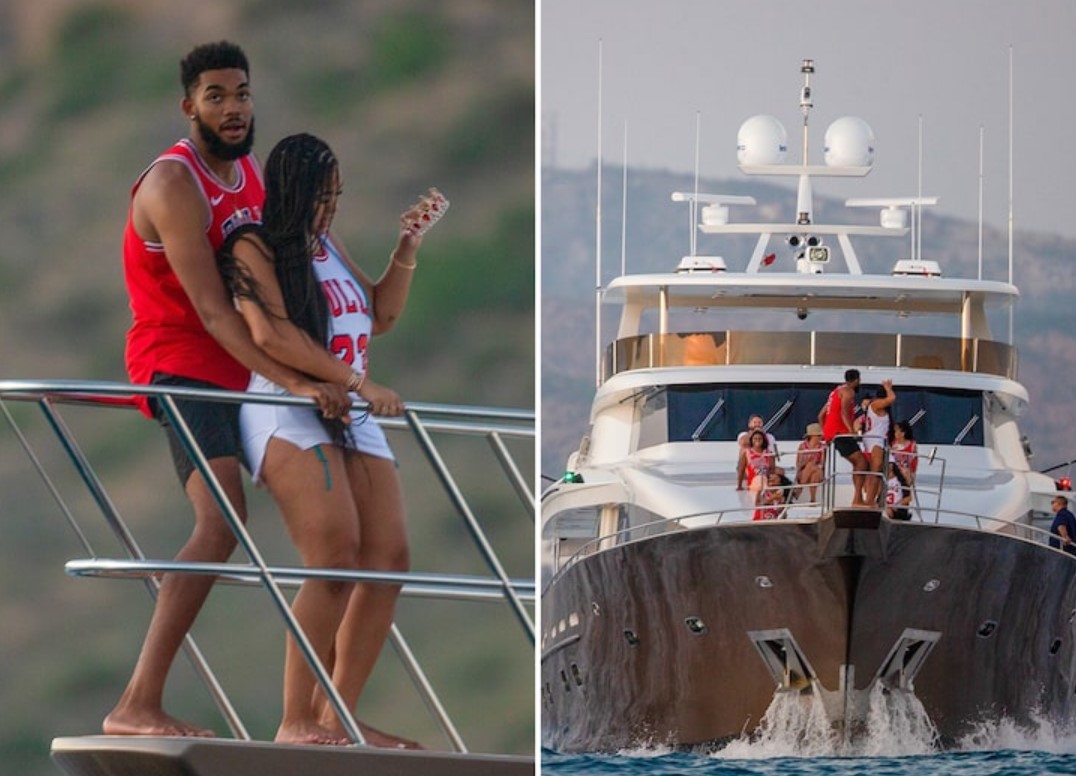 After a series of reveals about the Tristan Thompson scandal during her chat with Hillsong Channel, Jordyn Woods took to Instagram to officially announce that Karl-Anthony Towns is her boyfriend. The 23-year-old model has recently celebrated her birthday, and the NBA star Karl-Anthony Towns was there by her side.

It seems that all those rumors about them being together were true. We saw it coming when we spotted her birthday pics last week, and the two did look very much in love.

However, neither Woods nor Towns made their relationship status clear. Well, Saturday evening (September, 27), Jordyn shared some beach photos of her and Karl-Anthony hugging on the beach.

The two wore matching Versace swimwear, so it was even cuter! Jordyn wore the “Acanthus” print one-piece and Karl-Antony wore the same print on his men’s swim trunk.

She wrote in the caption: “I found you, then I found me🤍,” and then added a comment “I said what I said.”

I found you, then I found me🤍

Towns also shared the photos on the beach and added a tear-jerking caption, revealing his feelings for his girlfriend. “There are darknesses in life and there are lights, and you are one of the lights, the light of all lights 💫,” he wrote.

Jordyn’s little sister Jodie was there in the comment section of both Jordyn and Karl-Anthony, writing “im gonna cry,” and “my kids.” Jordyn’s mom Elizabeth Woods wrote “Ok I’m crying ❤️,” and on Karl’s photo she wrote “I think I will cry again ❤️.”

There are darknesses in life and there are lights, and you are one of the lights, the light of all lights 💫

These photos were revealed after the couple shared a few hugs on Jordyn’s birthday. “Happy Bday QUEEN,” wrote Karl-Anthony in a photo he shared on his IG story.

He gifted his queen two Hermès Birkin bags, a glittery Chanel clutch, and a signed Michael Jordan jersey – because her b-day theme was Michael Jordan.

It’s good to see Jordyn happy, especially since she had a tough past year with the Tristan Thompson scandal. The incident ended her friendship with Kylie Jenner since Tristan was in a relationship with her sister Khloe Kardashian.