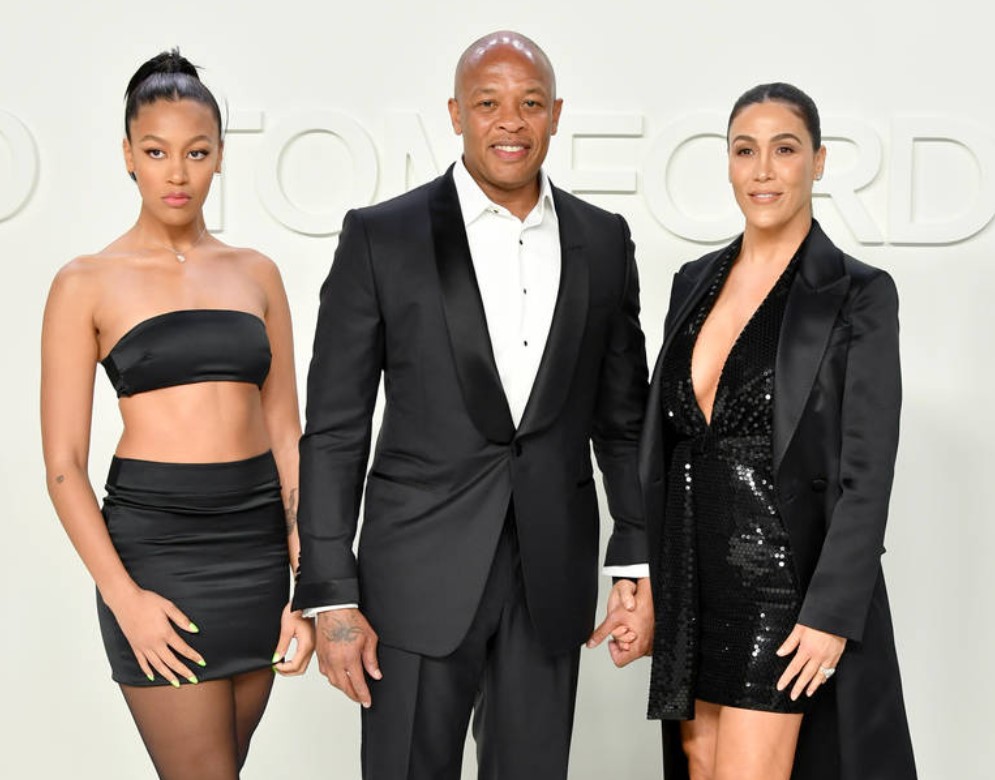 After 50 Cent learned that Dr. Dre and Nicole Young are getting divorced, he couldn’t stop but wonder how could Young ask around $2 million a month in temporary spousal support. At the beginning of the month, HollywoodLife spotted the documents and the public was as confused as 50 Cent was.

But what really annoyed Dr. Dre’s Daughter, Truly Young, was that 50 Cent added his two cents on her parents’ divorce case. She clapped back at the rapper last night and grab some popcorn, because their comments are worth your time!

“These b***hes be crazy how do you even ask for 2 million a month,” wrote 50 Cent on Instagram, sharing a snapshot from the Daily Mail news. Other singers like Xzibit, wrote “Wtf????” and wondered what was that all about.

Three weeks later, Truly spotted the photo and wrote on that post: “Haha…. coming from an ugly, washed up, early 2000s rapper who filed for bankruptcy and is only envious of my family’s wealth and lifestyle. Have fun spending the rest of your savings on steroids. F**k you.”

She also shared a comment on her Instagram Story, tagging 50 Cent. Let’s check out her message and his reaction:

“The blatant misogyny and disrespect by ignorant men that is being shown is absolutely f**king disgusting and vile. Calling my mother, my dad’s wife, a b–ch is unforgivable. You have no respect for me or my siblings and this is extremely evident. 50, your marketing schemes are as low life and disgusting as you are.” 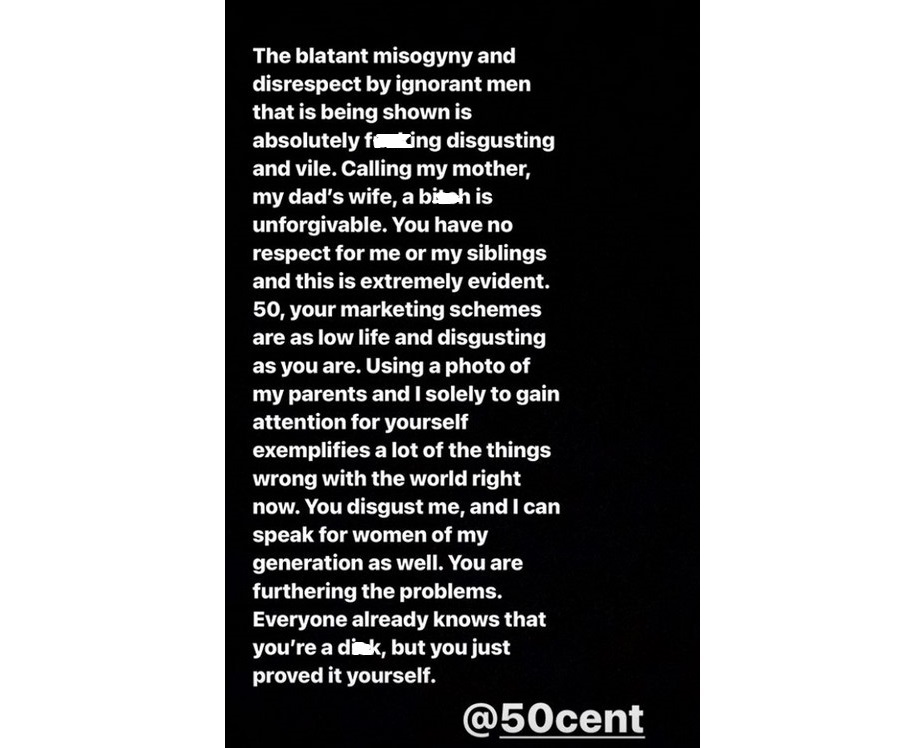 Truly was very upset that 50 Cent shared the photo of her family and spoke like that about her mother. She ended her post, noting the rapper was only doing that for attention.

“Using a photo of my parents and I solely to gain attention for yourself exemplifies a lot of the things wrong with the world right now. You disgust me, and I can speak for women of my generation as well. You are furthering the problems. Everyone already knows that you’re a d**k, but you just proved it yourself.”

So far, 50 Cent has only noticed Truly’s first comment and responded to it: “Dr dre’s daughter just told me to shut the f**k up. 🤐LOL” We are still waiting to see what he will have to say when he reads the second message!

Well, he is quite accustomed to comment about other celebs. We all remember the artist’s beefs with Lala Kent and Nick Cannon, and even with his son Marquise Jackson.