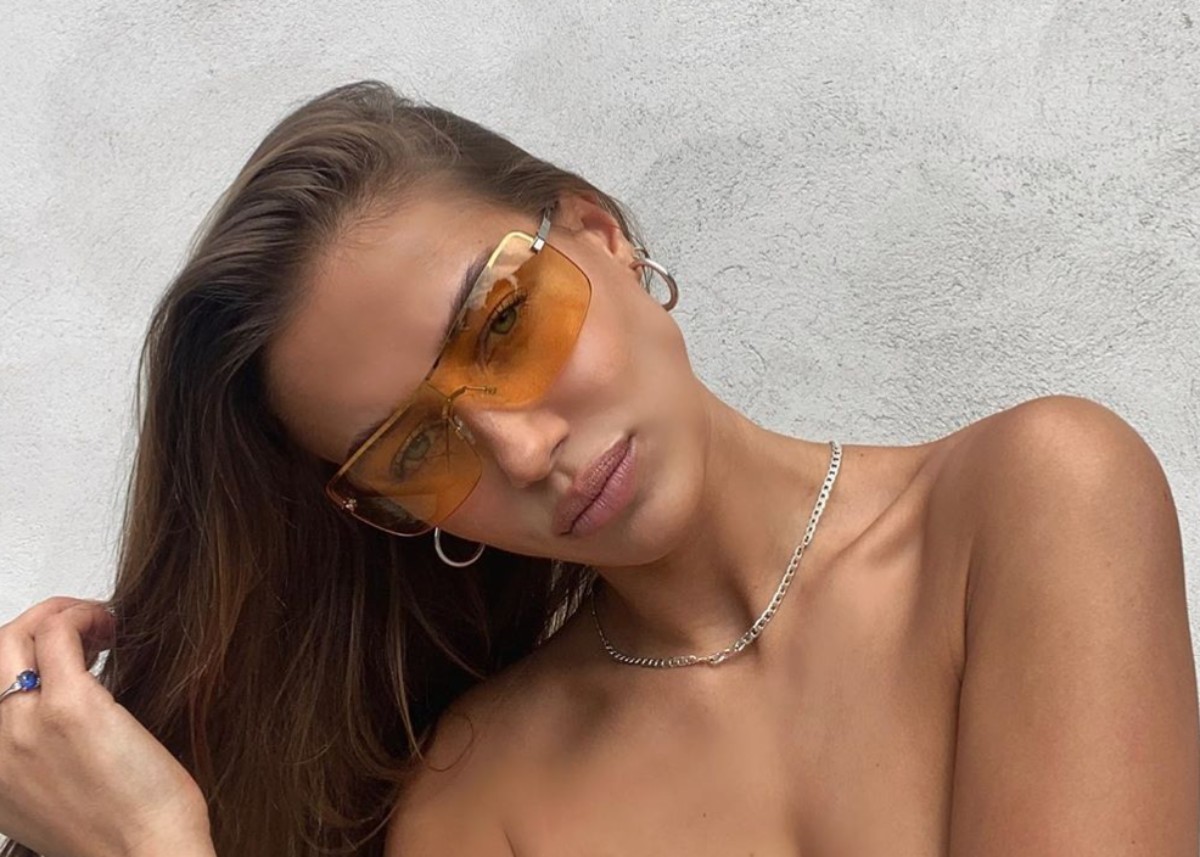 Brad Pitt’s girlfriend Nicole Poturalski wows in a blue bikini and fans are loving the look. Nicole isn’t relatively well known outside of her new relationship with Brad Pitt, but she’s certainly getting plenty of attention now that she’s in the spotlight. The beautiful model shared new photos on Instagram where she modeled bikinis for the company Triangl and people can’t stop comparing Nicole to Brad’s ex-wife Angelina Jolie.

Nicole wore a turquoise floral bikini by Triangl for a series of photos that they posted on their official Instagram account. In a photo slideshow that they shared, the beautiful, 27-year-old model posed for a close-up shot of her face where her long, brunette hair flowed past her shoulders while she rested her face against the palm of her hand and looked straight at the camera. Her natural beauty was on full display as it appeared she had no makeup on.

Nicole has light brown hair and blue eyes as well as full lips. Though her lips aren’t nearly as full as Angelina’s, many say there are enough similarities between the two that they think Brad Pitt clearly has a type.

Interestingly, Nicole Poturalski is also being compared to Claire Forlani who co-starred with Brad Pitt in the movie Meet Joe Black. Regardless of any similarities the women may share, there is no doubt that Nicole is a beautiful woman and she showcased her modeling prowess in the new Triangl bikini photoshoot.

You may see the photo slideshow that Triangl shared featuring Nicole Poturalski along with several other beautiful models as they posed for the photoshoot on the beach below.

You may see another photo slideshow that Triangl posted showing the models in their bikinis below.

What do you think about Nicole Poturalski’s latest modeling photos? Do you like the Triangl bikinis the models wore?