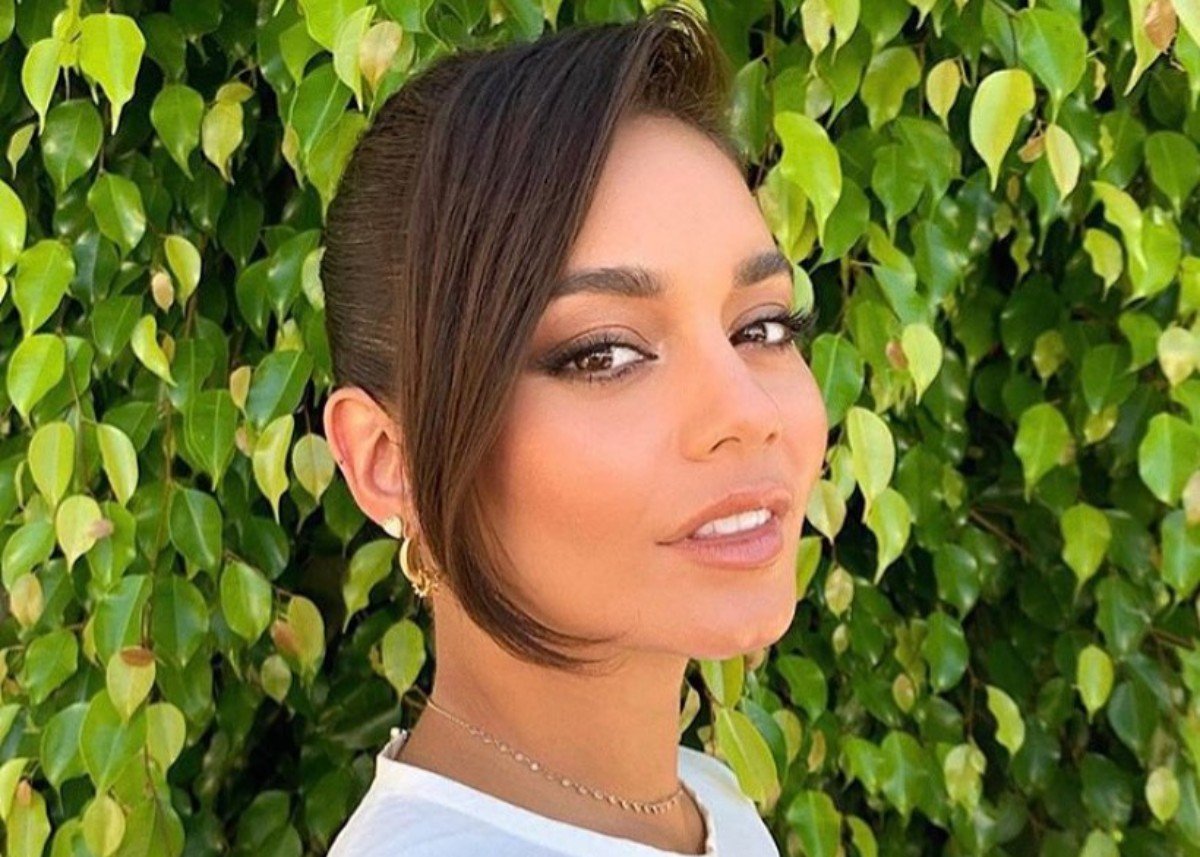 Vanessa Hudgens has been showing off her beach body all summer long and now she’s rocking a bikini from Frankies. Looking gorgeous in the skimpy swimwear, Vanessa lounged in a pool while wearing the triangle-bikini that features soft pastel tones of pink and white. The bikini is called the “Tavi” and the top and bottoms are sold separately. The bikini’s color is called pink cloud. Vanessa wore the string bikini as she posed in a pool and protected herself with a straw hat from Olive + Pique.

The Tavi bikini top is in a classic style and has string ties around the neck and at the back. It is made from 85 percent nylon and 15 percent spandex for a comfortable fit. The top costs approximately $70.

The Tavi bikini bottoms also retail for approximately $70 and is made from 85 percent nylon and 15 percent spandex.

The Olive + Pique hat that Vanessa wore is called the Kalani and it appears to be one of her favorites. She’s worn the hat multiple times throughout the summer as it provides ample coverage and protection when out in the sun.

You may see photos of Vanessa Hudgens wearing the pink cloud, Frankie’s Bikinis swimwear below.

You may see a closeup photo that Vaness shared on her Instagram stories where she wore the Olivia + Pique Kelani hat below.

Though the Coronavirus pandemic has shut down and halted many movie productions, Vanessa Hudgens has a movie in post-production. She will be starring in the movie The Princess Switch: Switched Again. At this point, it’s unclear when the movie will be released.

Vanessa also has a movie in pre-production. It is called Tick, Tock…Boom.

What do you think about Vanessa Hudgens’ latest outfits? Are you a fan of her bathing suits?