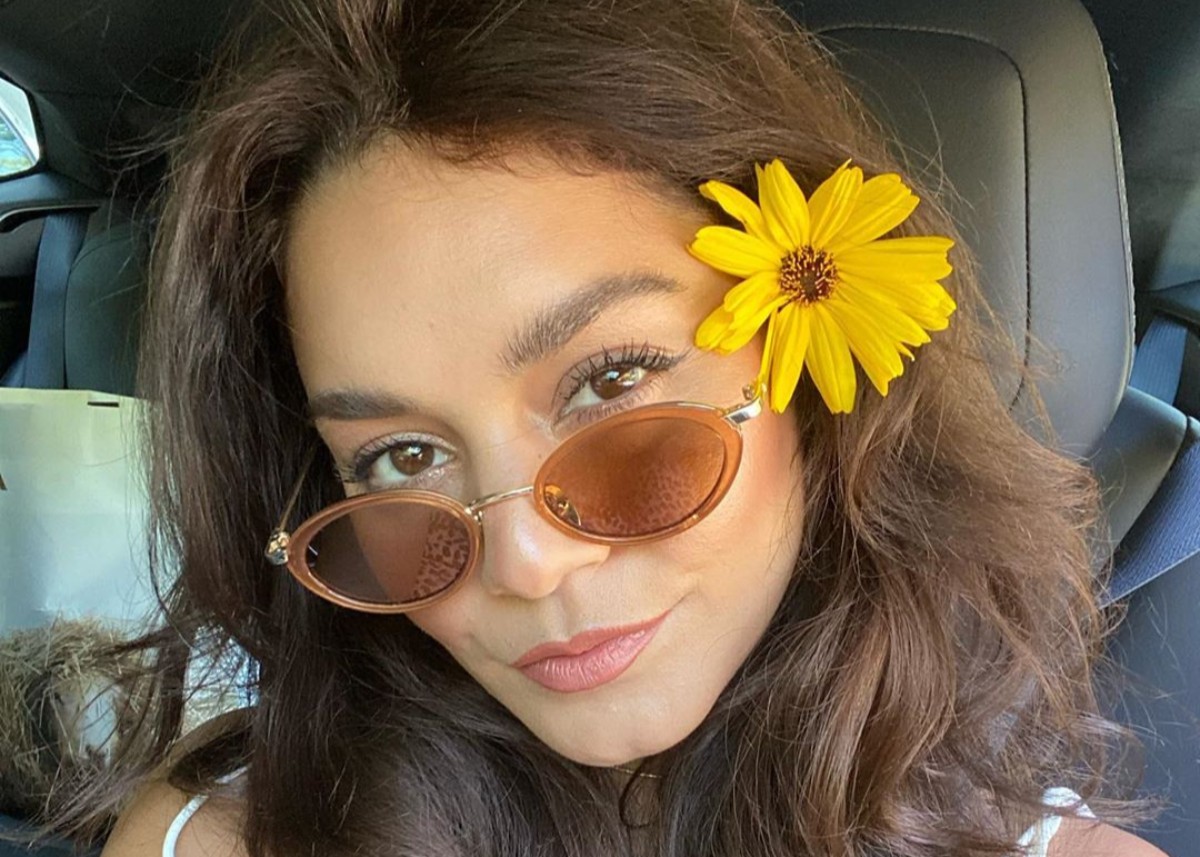 Vanessa Hudgens continues to turn heads with her latest summer photos. The Coronavirus pandemic may have caused many people to change the way they celebrate the warm, summer months, but Vanessa continues to look fabulous whether she’s posing in bikinis or working out. She is getting plenty of attention for a Wolven outfit that she wore while working out with her best friend, GG Magree. The two were spotted in the gym, but before that, photos of Vanessa wearing the Wolven attire began going viral. Vanessa wore the matching Fauna Keyhole Top with the Fauna Bell Bottom pants and while some were surprised she wore the outfit to workout in, others were stunned by how fashionable she looked.

The outfit is actually designed for working out, or performing yoga poses and features a beautiful, earth-toned design based on sacred geometry with a green center. It’s a testament to Wolven’s design that many people thought Vanessa was “overdressed” for a workout. The pants, bell-bottom leggings are getting plenty of attention online with many saying they loved the look on Vanessa. Though the paparazzi captured multiple photos of Vanessa in the outfit, and she shared a video of herself and GG Magree working out and dancing to Cardi B’s “Wap”, it was a photo that Vanessa Hudgens posted on Instagram that is getting a lot of social media love.

Vanessa shared a photo of herself with her toned backside facing the camera as she posed while leaning against a chain-link fence. Vanessa put her curves on full display as GG Magree captured the photo. Vanessa captioned the photo with the following: “When ur best friend doubles as your Instagram boyfriend lol @ggmagree.”

Many people agreed and Vanessa has received more than 500,000 likes on the picture.

You may see the photo that Vanessa Hudgens shared on Instagram below.

When ur best friend doubles as your Instagram boyfriend lol @ggmagree

You may see several photos of GG Magree and Vanessa Hudgens as they headed to a gym below.

What do you think about Vanessa’s Wolven outfit? Are you a fan of the look?