Tiny Harris' Daughter Heiress Gives Everything She's Got In Adorable Dancing Video - Watch Her Do The Splits And More! - yuetu.info 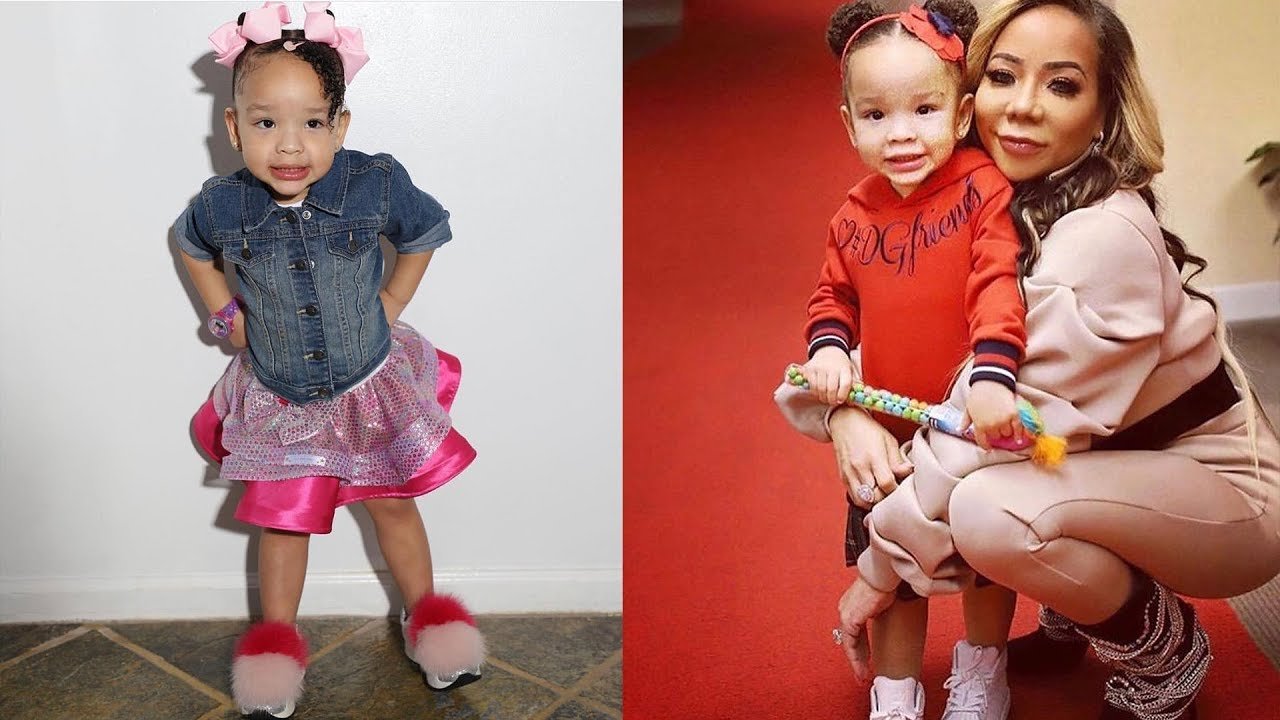 Another day, another opportunity for T.I. and Tiny Harris’ baby girl Heiress to show off her many talents and cuteness! This time around, the proud mom took to social media to share a video in which the 4 year old was dancing and it’s safe to say that she has potential!

And it sounds like Tiny knows it because she called the child her ‘lil entertainer!’

Who knows? No one would be super surprised if Heiress grew up to follow into her mom’s footsteps; or even her dad’s since they both work in the music industry.

The video footage caused many to melt at the sight of little Heiress dancing very early in the morning, showing off her moves!

Seemingly inheriting her parents, it appears that Heiress is naturally inclined to any activities that have to do with music!

In the video, Heiress is wearing a white T-shirt, a pair of pants that ends below her knees as well as a pink bow as an accessory and she looks as adorable as ever as she comfortably dances in front of the camera.

She even does a kick and a split at some point, pretty much giving all she’s got!

In the caption, the proud mom wrote: ‘Heiress morning vibes My boo thang @caitlinjody1 got my baby all turnt up at my moms early this morning!! Can’t wait to see my lil entertainer today!! 👑💜🤪💕.’

My boo thang @caitlinjody1 got my baby all turnt up at my moms early this morning!! Can’t wait to see my lil entertainer today!! 👑💜🤪💕

Soon after, her fans took to the comment section to gush over the cute and talented tot.

‘Girlll! I almost choked when she hit dat splits😩😩😂😂What y’all gone do wit her Tiny!🤣she got too much personality😭,’ one follower wrote.

Another suggested that: ‘Lol it’s in her DNA😍.’

Heiress is often featured on her parents’ social media pages so this is not a new occurrence but every time she makes an appearance, she just brings joy and happiness to anyone who watches her cute clips!