Tekashi 6ix9ine Says Megan Thee Stallion Is “My New Favorite Rapper,” Trolls Her For Being A Snitch In This Instagram Video - yuetu.info 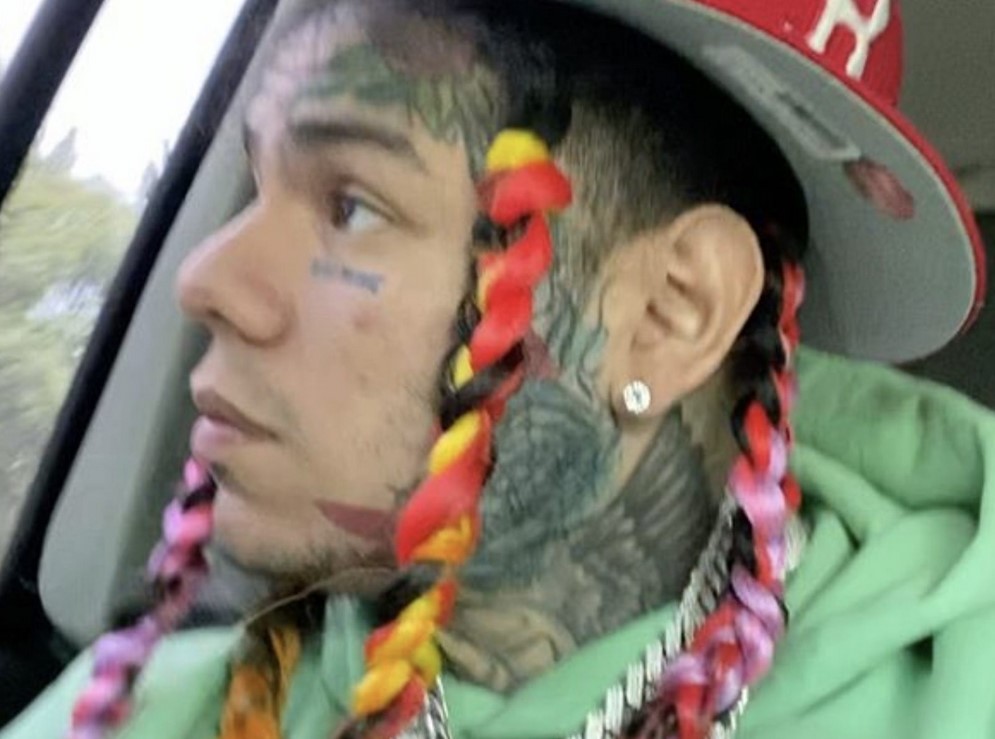 Guess who’s now trolling Megan Thee Stallion for naming Tory Lanez as her shooter? Yes, it’s Tekashi 6ix9ine, who felt like being cryptic about the whole thing and just shared a video of himself listening to Megan Thee Stallion’s “Girls in The Hood.”

Megan Thee Stallion publicly stated this week that Tory shot her earlier this summer, but she was afraid to denounce him on the night of the incident. Here’s part of her statement:

“I tried to keep the situation off the internet but you draggin’ it. Mother—ers [said that] I hit him — I never hit you! Mother—ers are like, ‘She mad because he’s trying to f— with Kylie [Jenner] — no, I wasn’t. .. There’s only four mother—ers in the car: me, you, my homegirl and your security — everybody in the car is arguing. I’m in the front seat, he’s in the back. I get out the car, I’m done arguing, I’m walking away. This n—a, from the backseat, starts shooting me! I didn’t get cut on no glass!”

While shaking his head to the rhythm, the “GOOBA” rapper is clearly hinting at her latest statement, where she admitted Tory was her shooter. 6ix9ine captioned the short video “Megan my new favorite rapper.”

“She didn’t snitch, that’s the 100% faxx,” said one of his followers, while another one admitted that “part of me knew this was coming 🤣.”

In other comments, people said that the definition of the word snitch is to ‘inform on someone.’ One person said that “Meg Didn’t Snitch, She Told The Truth. But 69 Told The Truth, So He’s A Snitch. What’s Going On Inda World?😭”

The D.A.’s Office is reviewing the charges, Tory initially being charged with possession of a firearm. However, he may face harsher charges now that Megan told the truth. She explained why she was silent that night.

“The police come, I’m scared — the police [have been] killing Black people for no reason. They were really aggressive — you think I’m about to tell the police that we n—as got a gun in the car? … If you wanna tell the truth, I saved this n—a.”