Tekashi 6ix9ine Nearly Gets a Lawsuit As He Returns In New York, Writes “King Of New York Is Back!” - Here’s His Video - yuetu.info 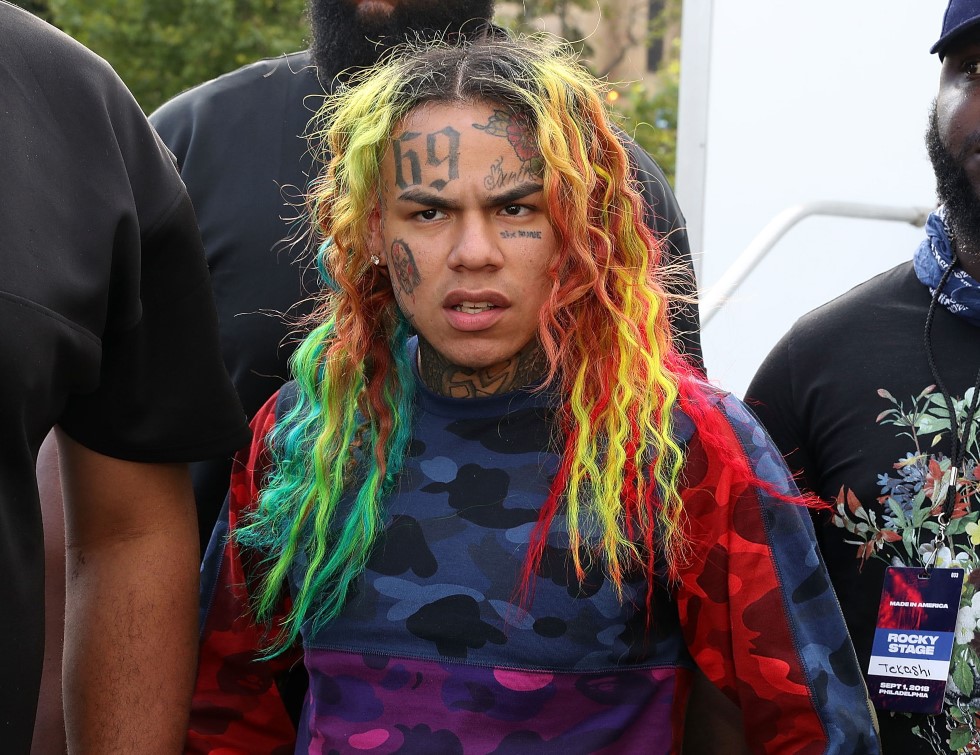 Unharmed after his trip to Los Angeles, Tekashi 6ix9ine is now home. In LA, he taunted other rappers on Instagram, took photos in front of Nipsey Hussle’s mural to the rage of others, and then safely returned to New York.

As expected, a swarm of fans waited for the rapper to come back to New York. What he didn’t expect is to almost get a new lawsuit.

How did that happen? The rainbow-haired rapper was welcomed by a mob of fans, and it seems that one woman almost got him in trouble.

Amazed by that gesture, Tekashi 6ix9ine posted the video on Instagram, with the caption “KING OF NEW YORK IS BACK ‼️ lady try to fall in front of me and get a law suit 🙈🙈🙈🙈🙈🙈🙈🙈🙈” Here’s the video

The “king of New York” believes that the woman faked her fall in front of him so that she could get money out of him. The angle of the footage doesn’t help, so we cannot be sure about what really happened.

However, Akademiks had a different angle. And it is clear the woman jumped in front of him, instantly turned around and faked her fall.

Remember the clout chaser who hopped in front of #6ix9ine tryna pick up a lawsuit check.. here is a diff angle of her tryna do it . Does she have a case or na?

Akademiks wrote: “Remember the clout chaser who hopped in front of #6ix9ine tryna pick up a lawsuit check.. here is a diff angle of her tryna do it . Does she have a case or na?”

We all know that Tekashi likes staging some moments to share it on social media and make some waves, so there is a possibility this was staged to get people talking. Just take a look at his other clips and photos of him trolling rappers.

We’re talking about the 6ix9ine’s recent video that went viral where he told those that would be looking for him in LA that they shouldn’t bother. “If you try to pause the video and screenshot, by the time I uploaded this, I’m already gone!” added the rapper.