SZA Revisits Her "Hostile" TDE Relationship, Explaining She Has To Be Patient - yuetu.info 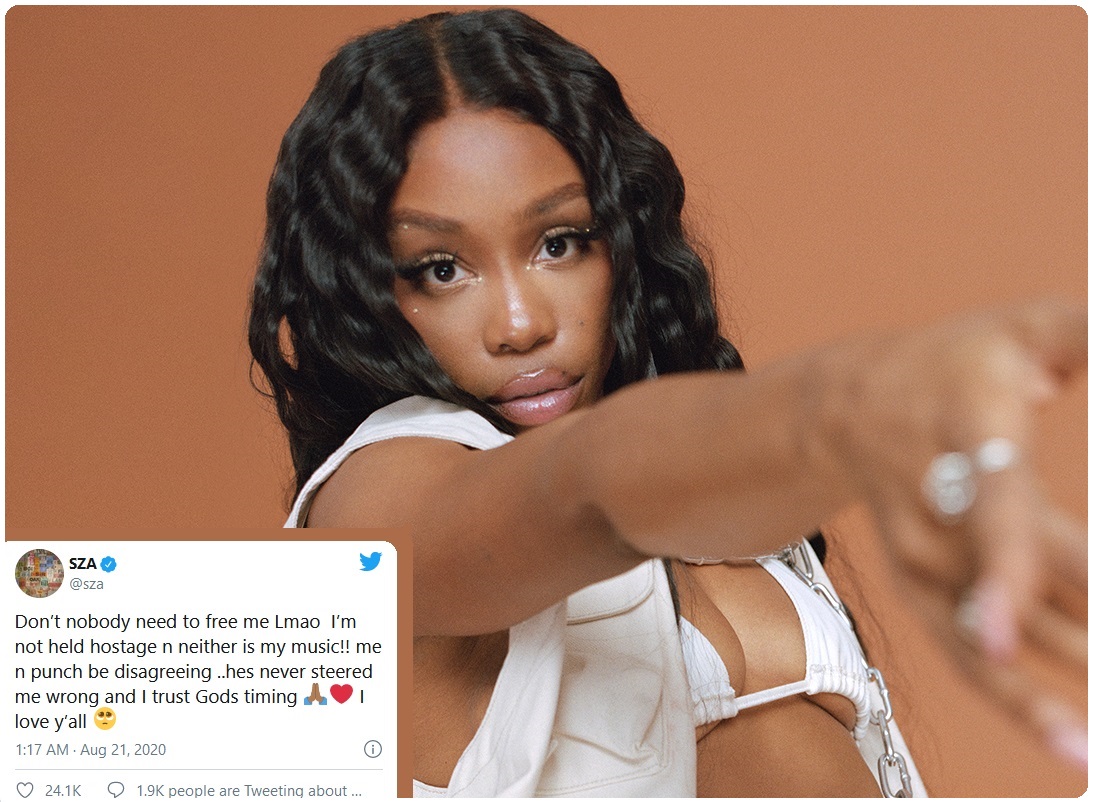 SZA’s yesterday statement on Twitter outraged the entire social media community that has followed her over the years. She said that her relationship with the label was “hostile,” so as a reaction, the “#FreeSZA” was raging on Twitter all day long.

The singer decided to revisit her statement, later on, explaining that she was tired to hear questions about the next album. Thus, she told her fans to ask Punch, the president of TDE label.

When a fan asked her “Would you saaay this is an adverse or hostile relationship orrr just out of your hands = you don’t know,” SZA replied, “BEEN hostile.” She also explained that Punch keeps telling her new music will drop “soon”

This is all he says to me as well . Welcome to my fucking life .

But after the “#FreeSZA” started trending on Twitter, the singer realized she had to step in and make herself clear that she was not a being held hostage, and neither is her music.

“Don’t nobody need to free me Lmao I’m not held hostage n neither is my music!! me n punch be disagreeing ..hes never steered me wrong and I trust Gods timing 🙏🏾❤️ I love y’all 🥺”

Don’t nobody need to free me Lmao I’m not held hostage n neither is my music!! me n punch be disagreeing ..hes never steered me wrong and I trust Gods timing 🙏🏾❤️ I love y’all 🥺

However, some fans believe that she was told to write that update and that what she was saying the other day was totally different from her latest status. As a response, SZA explained that she wasn’t being patient enough.

“Lmao when u don’t get somewhere By urself u can’t always make ALL the decisions by urself. And das ok  Sometimes u gotta be patient .. sometimes no is a blessing.. i trust the ppl around me”

Considering it’s been more than three years since SZA released the debut album Ctrl, after many delays, we think maybe patience is something SZA can no longer have. As a response to her Tweet, Punch wrote that “I am a person and you guys are hurting my feelings,” adding that “I’m gonna remember you n- – -as once the meet and greets pop off again.”