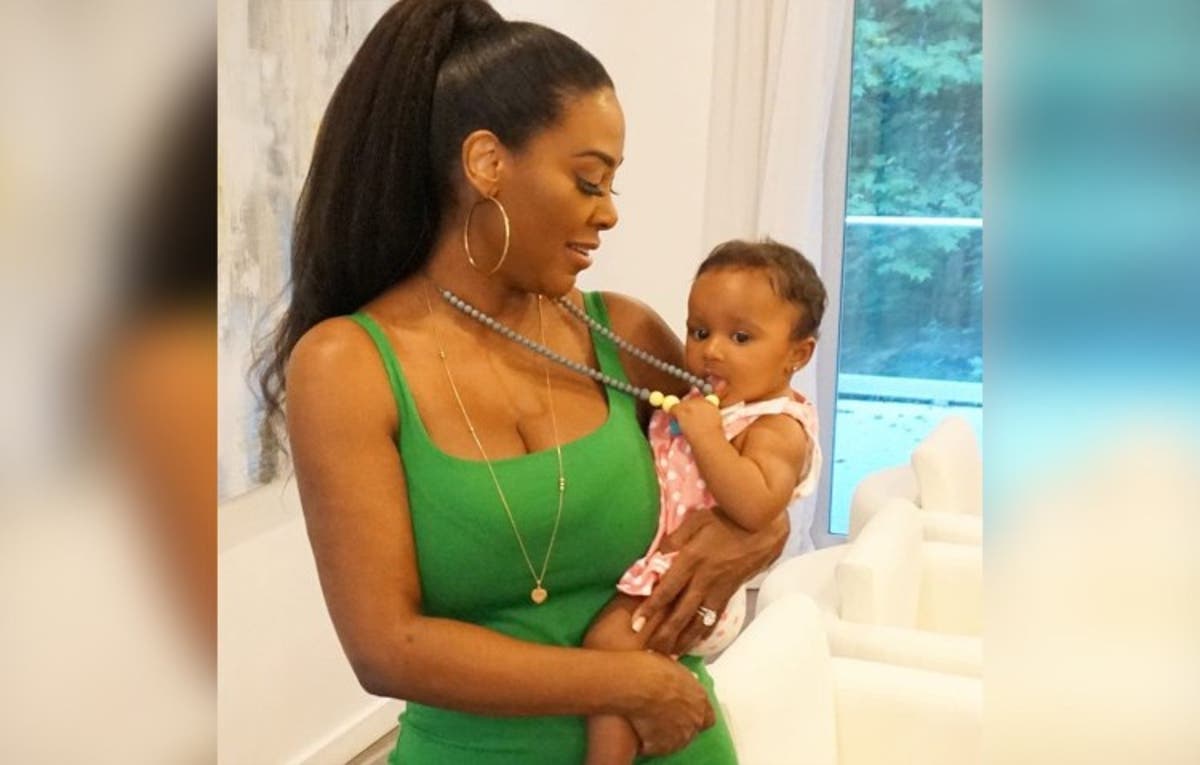 It appears that Kenya Moore’s daughter, Brooklyn Daly is extremely intelligent! The one year old not only can already count but she can do it in French too!

The reality TV star and proud mother took to social media to share a clip featuring the toddler being a little genius!

In the clip, Kenya says the numbers in French while her daughter repeats after her with perfect pronation!

The mother-daughter duo is shown counting until 10 in the foreign language and it’s just so precious that the Real Housewives of Atlanta cast member’s fans were bound to melt at the sight.

In the caption, Kenya mentioned that ‘I do it for the gram!’ and surely, her millions of followers appreciate that!

I do it for the gram! Counting to 10 in French 👶🏽 #miraclebaby #smartbaby #bk #Brookiecookie #french

Many flooded the comment section with positive messages and praise, expressing just how shook they were to hear the one year old counting in French already.

Check out some of them: ‘I need to step up my foreign language game! Good job Brooklyn!’ / ‘Yesssss Brooklyn welcome to the French club baby girl. ‘ / ‘She’s soooo cuuute and soooo smart.’ / ‘Awwww…. Brookie Cookie is so smart and beautiful. God please bless her continually.’

This isn’t the first time Kenya shows off just how smart her little girl is.

Previously, she also posted a clip of her and Brooklyn doing flashcards, Kenya Moore quizzing little Brooklyn on her vocabulary.

So, proving that she is, indeed, a little genius, Brooklyn managed to say words such as heart, cat, puppy and milk by just looking at the images depicting those things.

For her age, it was super impressive and fans agreed in the comments.

After all, it has only been a couple of months since Brooklyn learned how to walk and she is already perfecting her vocabulary and learning French and that is really special and rare!