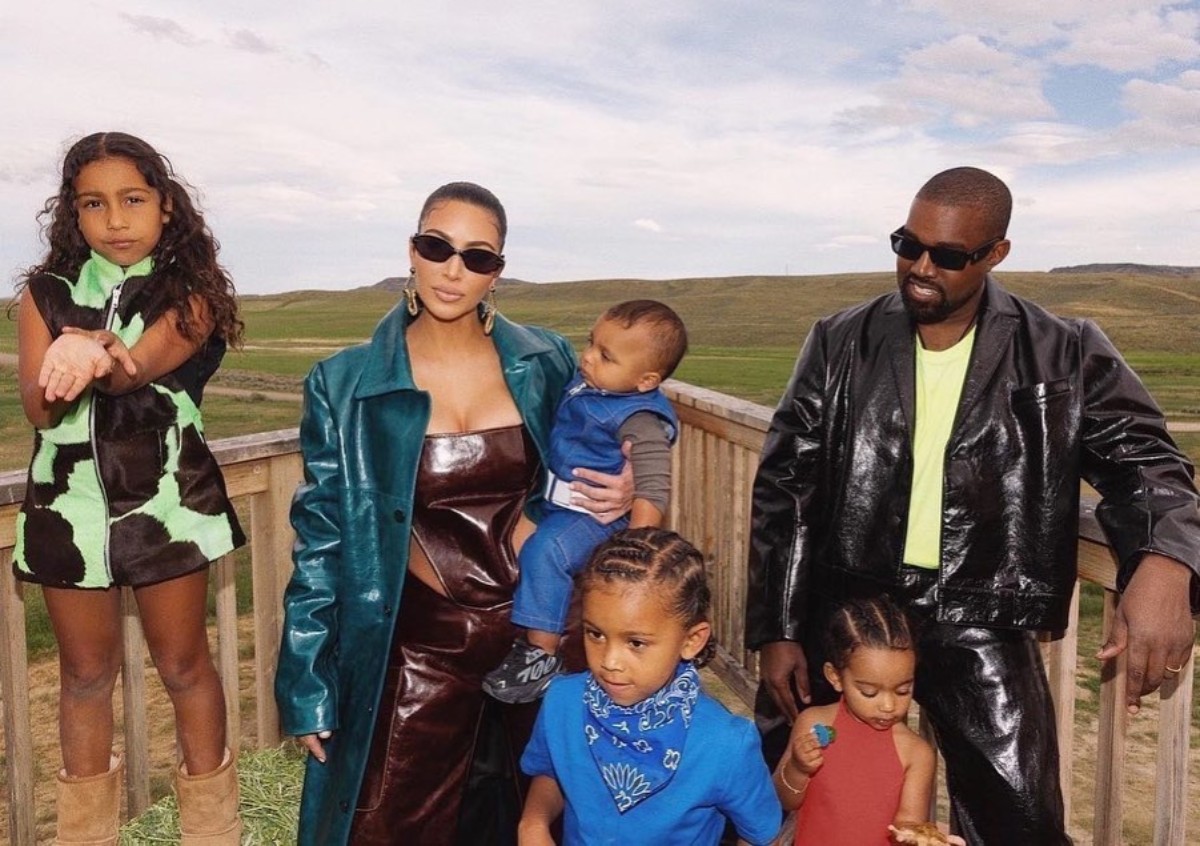 Kanye West can’t stay away from his wife of six years, Kim Kardashian nor his four children. After reports stated that Kanye was happier in Wyoming and was going to live away from Kim who returned to Los Angeles after the pair went on a vacation deemed by many as a last-ditch effort to save their marriage, Kanye has come home. Kanye even held a Sunday Service in Wyoming but it appears neither his music nor run for president can hold a candle to Kim Kardashian or their children North (7), Saint (4), Chicago (2), and Psalm (15 months). Kanye was spotted touching down at LAX wearing a jacket that had his children’s faces on it. Outlets quickly jumped on the news and photos of Kanye at the airport began spreading across social media outlets.

Fans have worried about Kim’s and Kanye’s marriage since he launched his presidential campaign and began posting statements about the Kardashian family online. His Twitter account has seen increased activity and he has been under scrutiny for many comments he’s made. Kim Kardashian went public on her Instagram account to write a lengthy statement about living with someone who has been diagnosed with bipolar condition and many reports have suggested that Kim is at her wit’s end but trying to save her marriage for her children’s sake.

Though Kim didn’t share any photos of Kanye since his return home on her social media page, photos of Kanye getting off the airplane are getting plenty of attention. It is unclear if Kanye’s return to Los Angeles to be with his wife and children means he will abandon his presidential bid.

Not everyone is convinced that Kanye West is serious about running for president as they suspect he is trying to take votes away from Biden in order to help President Trump win a second term.

Kanye West Wears a Jacket With His Kids Faces on Them At LAXhttps://t.co/7fTpDI8n0I

What do you think about Kanye West’s presidential bid? Do you think he should stay home in Los Angeles and focus on his marriage and family first?