January Jones Poses In See-Through Dress As She Not So Subtly Flirts With Kawhi Leonard - yuetu.info 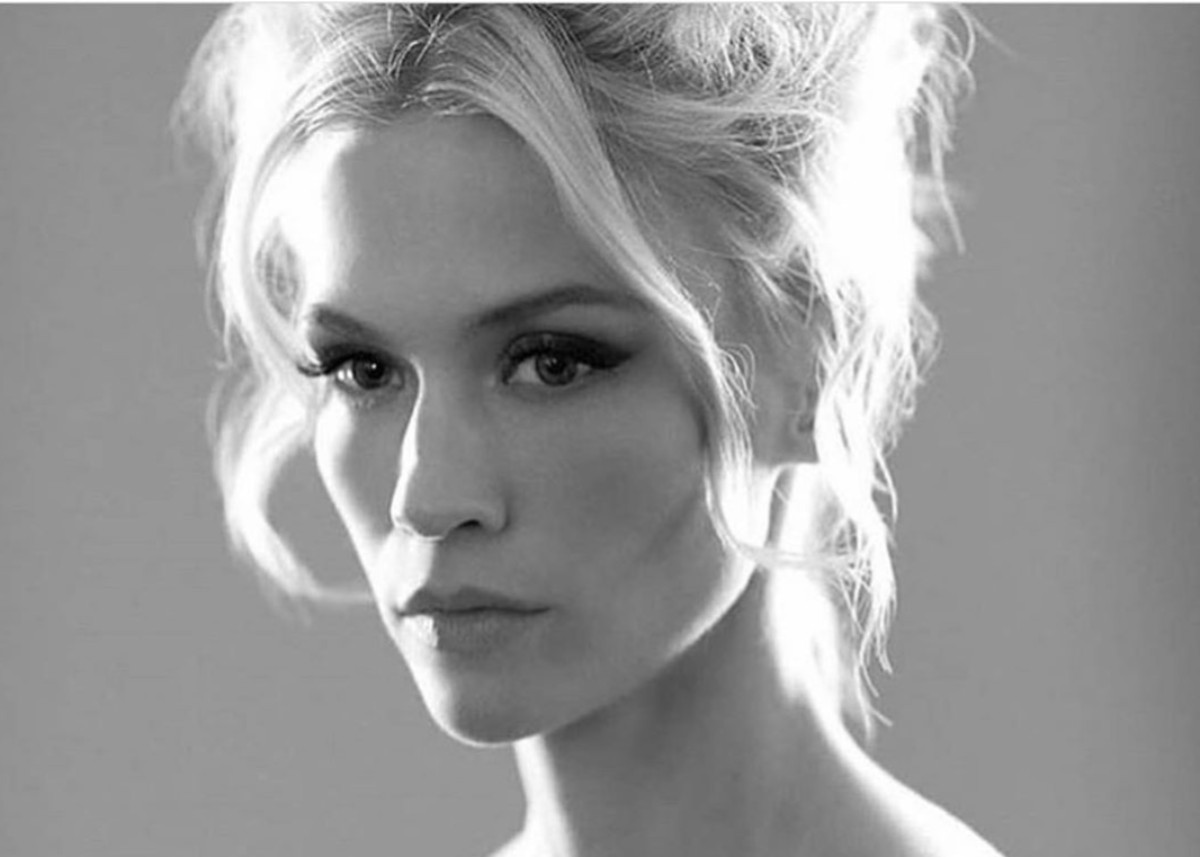 January Jones seems to have a crush on Kawhi Leonard and she’s making sure she gets his attention. January shared a new photo of herself on her Instagram account, where she wore a see-through maxi dress from Natalie Martin. While many fans were admiring her outfit, others quickly noticed what January Jones had posted on her Instagram story. January was flirting with Kawhi Leonard and was hardly subtle about it.  It would be hard for Kawhi not to notice that January was interested in him as social media has been talking about her post and videos throughout the day.

First, January shared a photo of herself wearing the Rainbow Tie-Dye Fiore maxi dress. The sheer dress is made from cotton and silk and features soft, pastel colors such as yellow, pink, and baby blue. The tie-dye features a marbled-texture and has a low, v-cut neckline with buttons. The Fiore max dress costs approximately $355.

January wore her platinum blonde hair parted in the middle and held the dress out to the sides and captioned the photo with the word “silhouettes.”

Silhouette was the perfect caption for the photo as January’s silhouette shone through as the light filtered through the window and her sheer gown.  You may see the photo that January posted on Instagram below.

January’s Instastory featured a photo of January wearing the dress and she hashtagged the designer, Natalie Martin in her post. She also referred to the gorgeous outfit as her “new nap dress.” In her video story, she also shared a clip of Kawhi with five starry-eyed emojis and wrote “Future boyfriend” on the video. She also shared another video with a clip of Kawhi and a telephone where she wrote, “Call me.”

It’s unclear if Kawhi called January or not, but there are many people who are now sounding off on social media about wanting to see January and Kawhi become a  couple.

You may see the videos that January Jones posted to her Instagram story below.

What do you think about January Jones’ and her Natalie Martin dress?