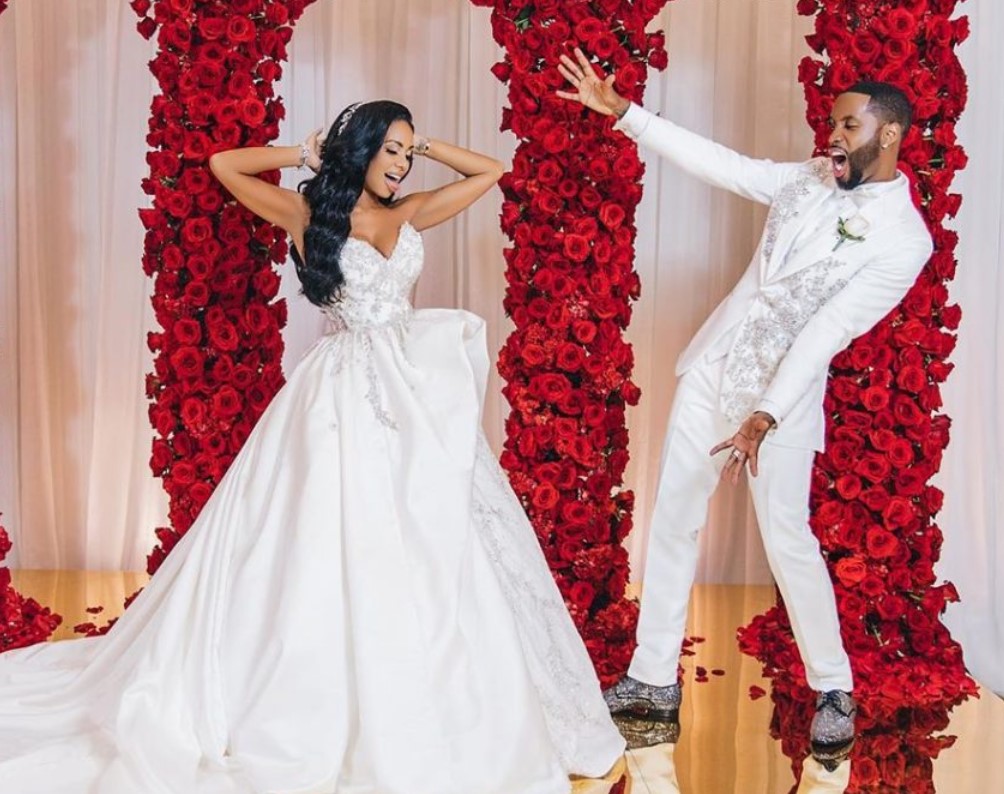 Earlier this week, Erica Mena and Safaree shared a cute video of themselves dancing in front of the house with their baby. While people should have congratulated the pair for quarantining and being happy together, some people’s comments were not exactly to Mrs. Samuels’ liking.

It seems a lot of ladies on Instagram have been calling Safaree “corny” and “extra,” so she took to Instagram to explain that her husband is a carefree man, comfortable with who he is, and that he would do anything for his wife and baby. Apparently, some fans don’t like Safaree’s personality, so Erica spoke up about how people can call him corny when he’s just being himself:

She added that women should not be with men that don’t embrace their true personality and “act tough.” Here is Erica’s video that she recently shared on Instagram.

Figured I break it down for you miserable trolls 👋🏽

“My husband has taught me how to just take a deep breathe and chill and enjoy things and make light out of things. It bothers me because instead of acknowledging the fact that my man loves to enjoy living his life, thats corny to y’all.”

Erica then added that it’s said women in 2020 still support “men who act tough rather than a man who does everything in his power to make his wife happy.” Fans responded to her video and encouraged her to not listen to the haters.

“They all miserable mamiii! Keep showing us how cute y’all are, I love it! Goals 💜,” wrote one fan, while another one said that some people don’t even know what corny means, and that Erica has a good husband, who is “real and full of life.”