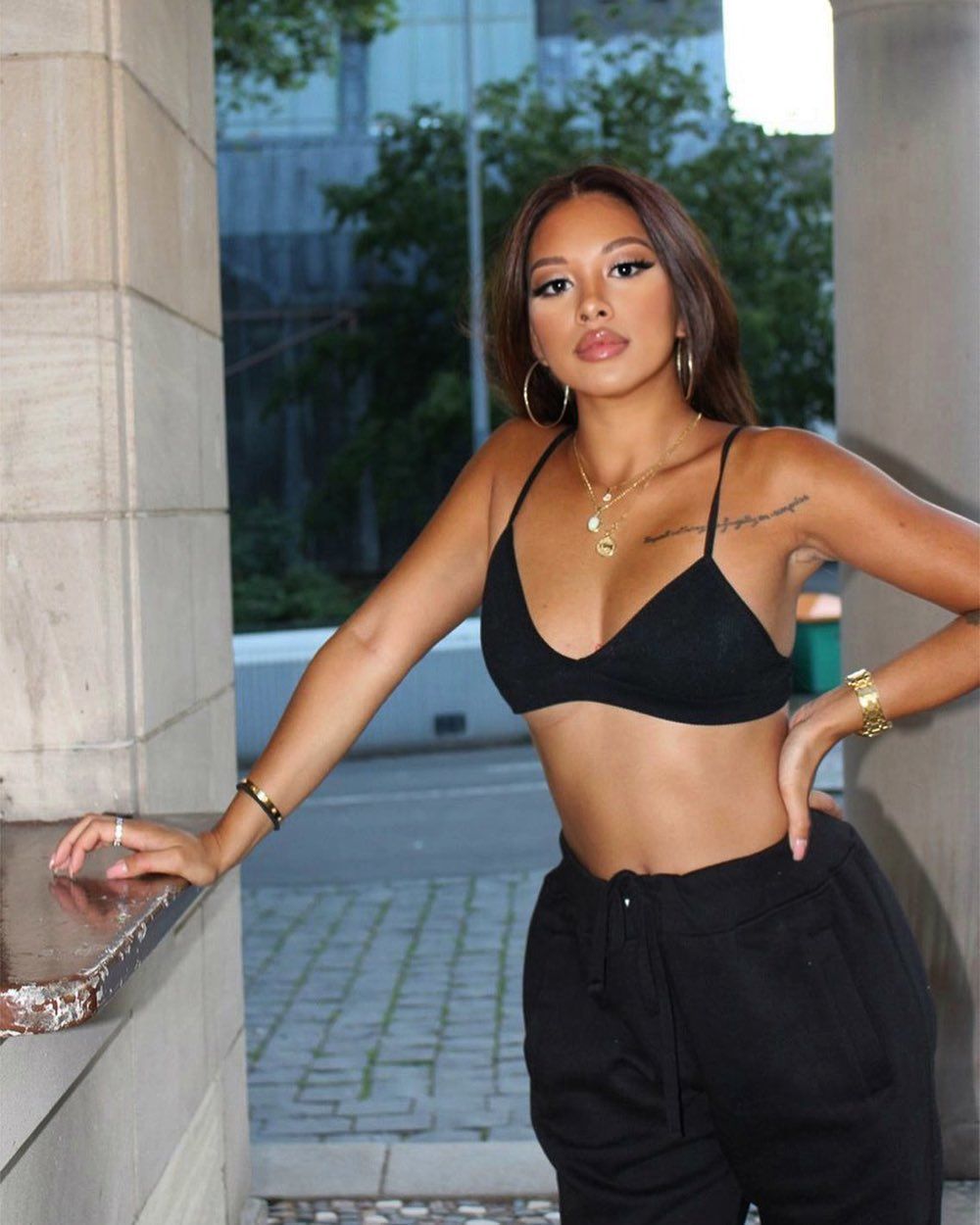 Ammika Harris just made her fans’ jaws drop and probably the one of her baby daddy, Chris Brown as well. She posted a few new pics in which she’s wearing nothing but classy lingerie/jammies and she looks divine.

Just take a look at the recent pics that she shared on her social media account.

Someone said: ‘A queen you are the definition of truth dear, beauty is you. Selfless in pure,’ and another follower posted this: ‘2nd photo is a Hollywood starlet!’

Ammika hopped in the comments herself and said this: ‘@mvkdre the photographer was literally telling me not to spill the drink lol but I did 😩’

Another follower said: ‘I think it’s safe to say you’re my spirit animal,’ and someone else posted: ‘I’m About To Start Being ~ Based In Not Shared 🤨❤️ @ammikaaa.’

One other fan wrote: ‘Bruuh you don’t have to be this beautiful, there is no need,’ and another commenter posted this message: ‘can deffo see why Chris did the deed.. im not mad anymore.’

Someone else said: ‘Keep doing you, you don’t know who you are inspiring 😊’ and a fan posted this: ‘I love those dried white flowers. Does anyone know what they’re called again? X gorge pics.’

A commenter also praised Ammika and said: ‘beautiful as usual ….Vibes for sure @ammikaaa can I ask where you got the jammies? They are bomb asf.’

In other news, Ammika shared a gorgeous photo of her and Chris Brown‘s baby boy Aeko that has fans praising him in the comments. You should check out the cutie pie – he’s definitely a smaller version of Chris!

Recently, Ammika also shared a photo on her social media account in which she is twinning with her and Chris Brown‘s baby boy, Aeko. You should definitely check out the gorgeous photo.