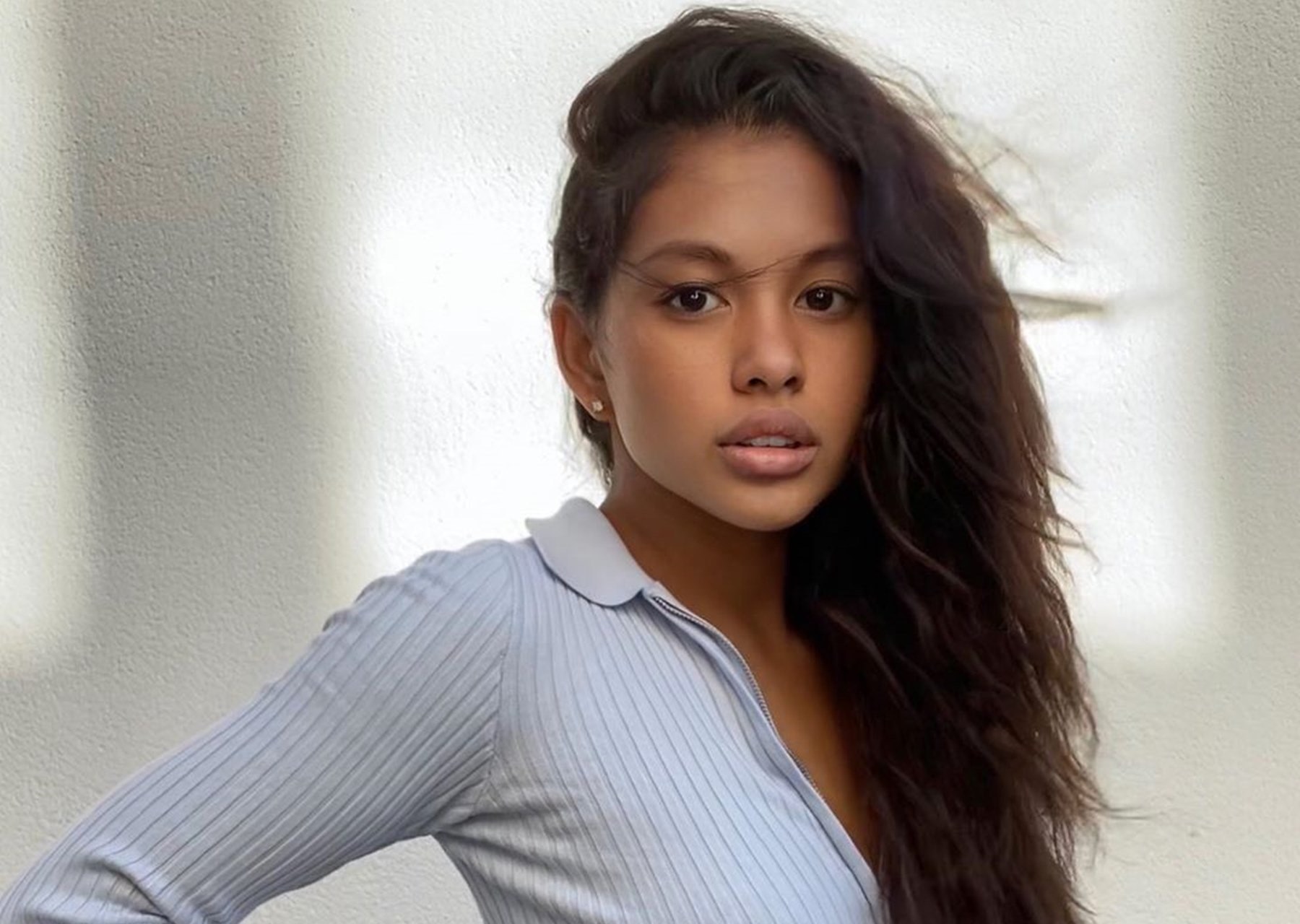 Fans will not let Ammika Harris be great. Chris Brown‘s baby mama recently took to Instagram, where she flaunted her impressive figure months after giving birth to her first child.

In the photos, Ammika is wearing a bright orange bikini as she enjoyed a beautiful day on the beach with her baby boy, Aeko Catori Brown.

The model looked happy in the bikini photos, but some critics had a lot to say. One person said her outfit was cute, while another stated that the bathing suit was too big, and she decided to answer.

A critic said: “You just pose and where anything it’s not cute anymore. 😒😒” She clapped back: “keep your honesty and go somewhere else.” Another person asked: “Question Why is your top so big 🙁.”

She hit back saying: “because a btch wore it upside down. plus my titts are the size of a grape 💁🏽‍♀️ now can I see yours?”

One fan defended her: “Dammmmn girl! I definitely see how you and Chris get along! You have a response for everything.”

Dancing with the sun

Another commenter revealed: “Yes I was just thinking the same thing!! 😂😂😂 People have the nerve these days 🤦🏻‍♀️all of you just can’t stand letting other people be great smh. if you dont like what you see, dont even bother looking at her ig.”

This person shared: “So you think she’s just supposed to let people say and do whatever they want to her get over yourself. I’m excusing myself from these conversations. I’m sure that she has enough pressure on her, and I don’t want to add to it.”

Recently, Ammika and Chris made headlines after a little drama on Instagram, and a source spoke to Hollywood Life and said this: “Chris and Ammika unfollowed each other on social media, but it won’t last long. Their relationship is complicated, but who could blame them? They have their ups and downs just like everybody else, plus they’re living under a microscope with the added pressure of being on different continents.”

The pal went on to point out: “Not being able to see each other in person and spend real time together, all while being quarantined, would make anybody frustrated. They have so much going on, and they’ve been making the best of it after not being together, and Chris not seeing his son in person for six months now. They’ll be fine, and it’s really not a big deal. They’ll likely be flirting on social media again in no time.”

Ammika is fed up with the negativity.