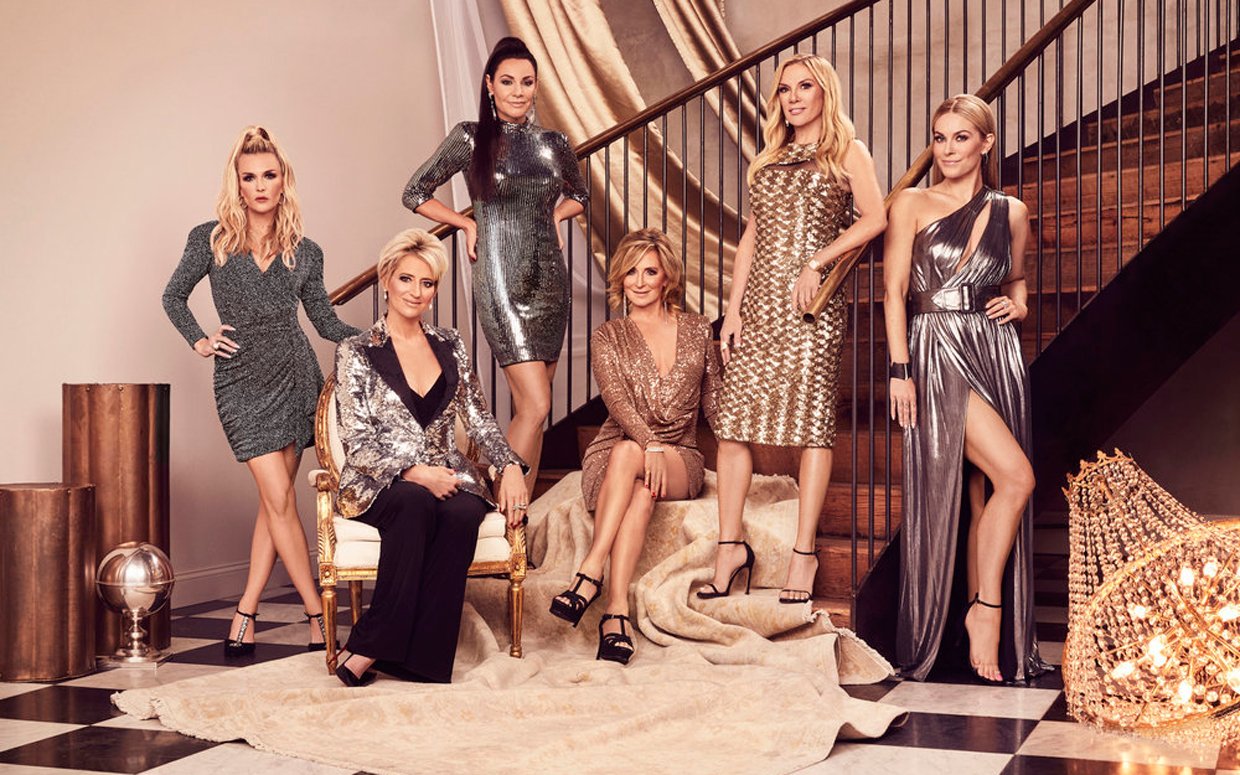 For the last few months, the reality TV industry has been in a tricky limbo. Things are finally returning to a slight sense of normalcy after the COVID-19 virus forced everyone into isolation.

After the Real Housewives of Atlanta made TV history by filming their reunion virtually, a few other Bravo shows followed in their iconic steps.

Recently, the Real Housewives of Beverly Hills taped a Zoom reunion where things apparently got as heated as they would in person.

However, both viewers and stars agree that although socially distant reunions are entertaining — they just aren’t the same. Fans celebrated that things are slowly developing a new normal.

Yesterday, the Real Housewives of New York girls got up bright and early to put on a show. Judging by the social media posts made, it will be a must-watch.

Controversial star Ramona Singer took to her social media with a unique face shield to call out her co-stars, who she happens to be feuding with, for being late.

In her Instagram Story, Ramona revealed: ‘I’m here at the studio waiting to film but guess what? Guess who’s an hour late? Sonja Morgan and Luann. This is so disrespectful. The fact that we can do a reunion in person was so incredible. They have such great staff here. [You’re] holding us up by a whole entire hour. I’m so upset with them.’

Leah McSweeney and Sonja Morgan both took to their profiles to show off their glam.

Countess Luann shared a special photo to celebrate the fact that she had to wake up early for their in-person sit-down.

It’s been said that Tinsley Mortimer who left the show mid-season for her happily ever after flew in to New York from Chicago to join the ladies.

What do you think about reality shows getting back to shooting in-person? Did you like the Zoom reunions?