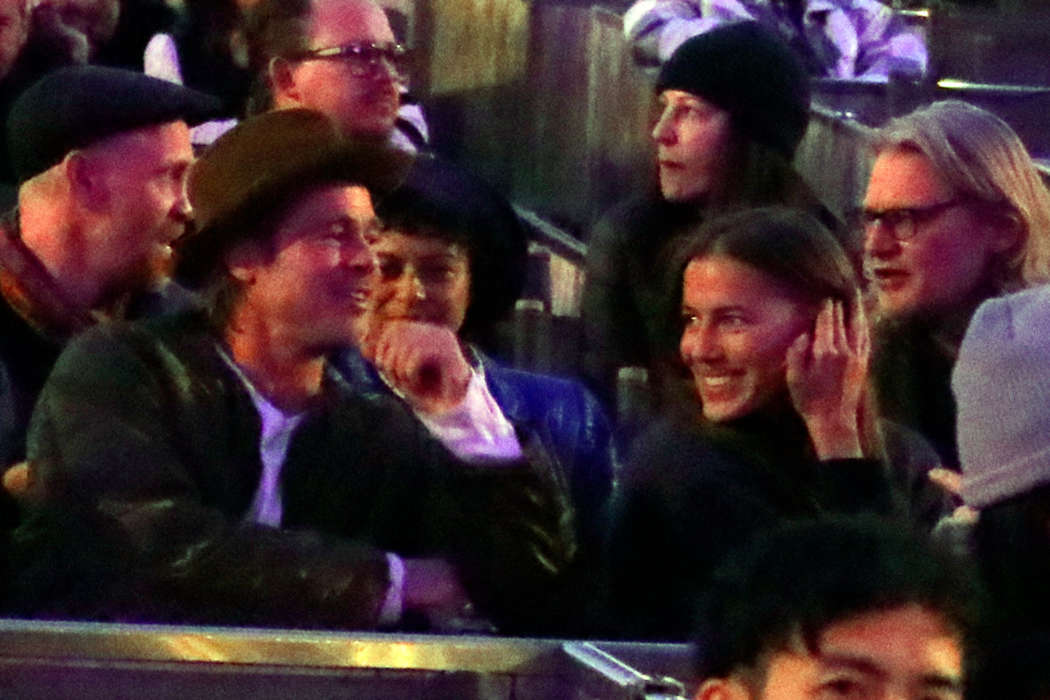 It was revealed earlier this month that Brad Pitt and the German model, Nicole Poturalski, have been dating for the last few months. Page Six claimed today that it turns out they’ve been seeing each other for a lot longer than anyone initially expected.

Pitt and Poturalski got on a private jet from Paris to the South of France this past week. An insider who spoke with Page Six claimed they’ve been hanging out a lot, and are definitely “seeing each other.”

The outlet says Pitt traveled from LAX to Paris to meet up with her, and they then went to the City of Light from Berlin. And while they’ve been spotted out in public on a number of occasions over the last month, a new picture obtained by Page Six shows they were already hanging out last year.

Photos of the couple appear to show Brad and Nicole at a private concert in November 2019. Pitt and Nicole smiled and laughed together while enjoying the show put on by Kanye West at the Hollywood Bowl last year.

Coincidentally, Pitt was in the headlines at this time for a rumored relationship with Alia Shawkat. Reportedly, Alia and Nicole visited Brad at the same concert. Alia, however, claimed she and Pitt were merely friends and weren’t dating.

According to Page Six, before she started dating Brad Pitt, Nicole wasn’t that famous. The outlet claims she may have been hinting at her relationship with Pitt for months on Instagram. For instance, she posted one photo in which she claimed she had been “missing” her “strolls” with her “love.”

This is probably a breath of fresh air for Brad Pitt, who’s currently in the courts over his previous relationship with Angelina Jolie. The pair have been duking it out over custody of their adopted children together.

Pitt and Jolie have six children, and Nicole Poturalski reportedly has a son. The identity of the father isn’t clear. Regarding the model’s career, she appeared on the cover of German Elle this month and also been featured in the Italian version of Harper’s Bazaar.