Ana De Armas Is Colorful In Alice + Olivia As She Walks With Ben Affleck - yuetu.info 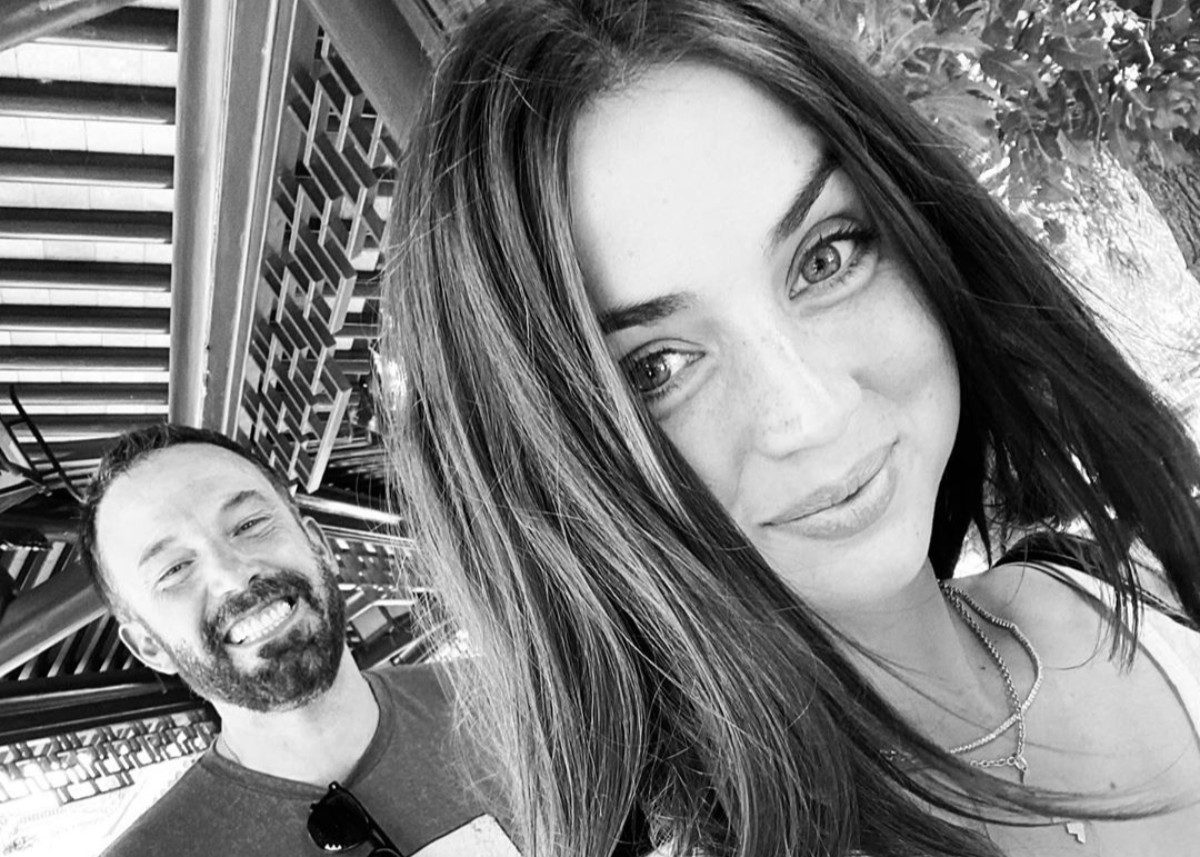 Ana de Armas and Ben Affleck were spotted moving belongings out of her house and into his, and while fans are thrilled that the couple’s relationship keeps growing more serious, they also loved her outfit. Ana looked vibrant and radiant as she wore the popular Alice + Olivia Baylor Stripe Top. The shirt has a retro look to it and is reminiscent of styles from the 80s. In various colored, bright stripes, the top is flattering to the female figure and features light purple trim on the neckband and beige trim on the hem and sleeves. The Baylor Stripe Top quickly sold out on the official Alice + Olive website after photos of Ana wearing the garment spread on social media.

Ana paired the colorful shirt with a pair of High-Rise Cropped Straight-Leg jeans by Maje Pario. The pants cost approximately $265 and are made in Turkey. As they are cropped, the jeans come above the ankle for a fashionable look and are a great choice for a variety of footwear.

For shoes, Ana chose to wear the Lauren Scalloped Leather, Ballet Flats by Chloe. The footwear has a scalloped edge along the sides and the shoes are popular with many celebrities including Angelina Jolie, Eva Longoria, and Lily Collins. The shoes retail for approximately $495 and looked fabulous with the jeans.

Ana was photographed in several pictures where she carried her puppy in the crook of her arm, while she used her opposite hand to hold a beverage.  Ben Affleck could be seen carrying multiple items out of Ana’s home.

You may see several photos of Ana de Armas wearing the outfit below.

Ana de Armas moves out of her house at Venice Beach with the help of her boyfriend, Ben Affleck, to start the process of fully living together at his residence. (August 19, 2020) pic.twitter.com/BIYg9H36Pd

Ana wore several pieces of jewelry including the Cartier Love Bracelet and the Diamond Hepburn Choker by Anita Ko that retails for more than $22,000. For a purse, she chose the East-West Leather Shopping Tote.

What do you think about Ana de Armas’ outfit? Are you a fan of the look?