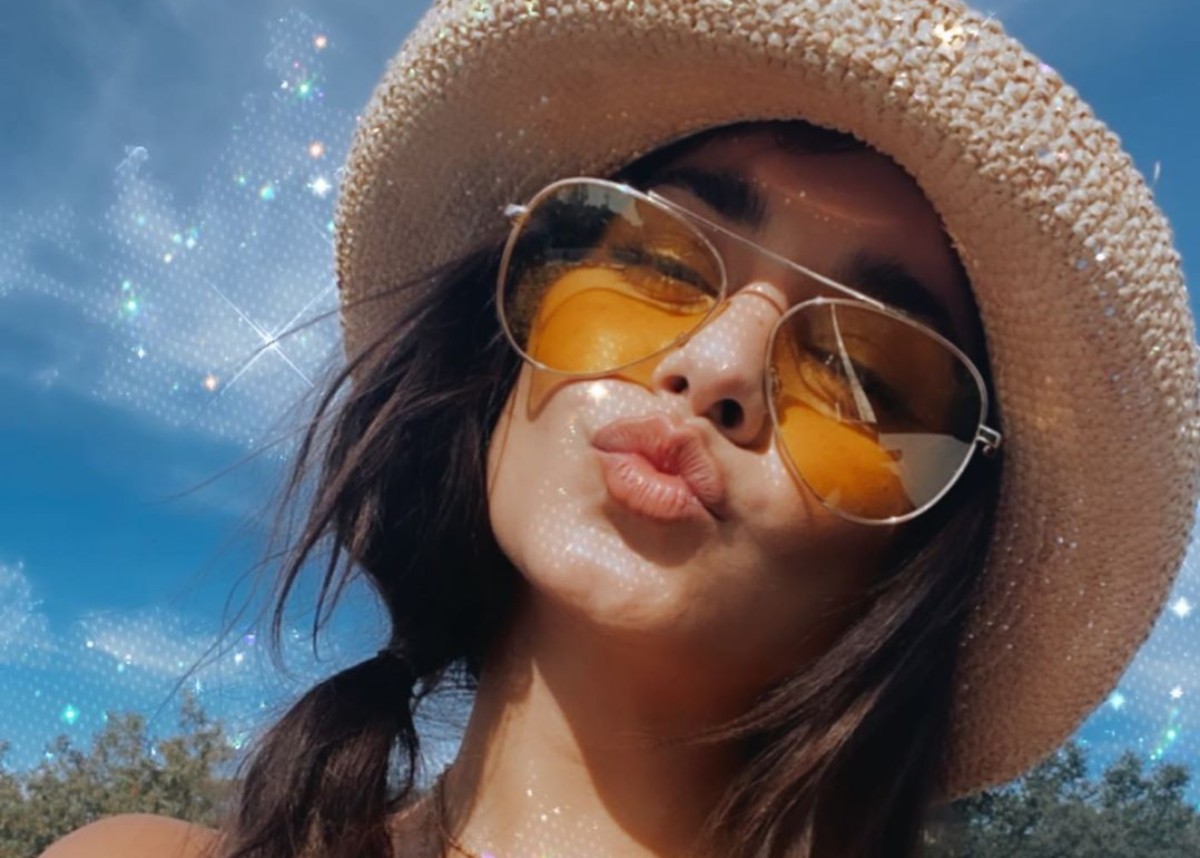 Vanessa Hudgens is heating up Instagram in a number of summery photos that include the 31-year-old singer and actress showing off her toned abs in a KYA Swim two-piece bathing suit. Vanessa has been a strong proponent of staying safe since releasing a controversial, Coronavirus video and now she made sure that when she hit the beach she was safe by wearing a black face mask that was adorned with Playboy bunnies. Vanessa wore the KYA Swim Yacht bikini. The top costs approximately $98 and the bottoms go for about $70. Vanessa wore a Prada bucket hat to protect her hair and shield her face from the sun.

Photos of Vanessa went viral on social media and one fan created a collage from the pictures. Vanessa put her bikini body on full display as she captured pictures in a variety of poses. In one photo she stood atop a large rock and in another, she reclined on her side and propped herself up on one elbow.

You may see the photos of Vanessa Hudgens posing in the KYA Swim bikini below.

Vanessa Hudgens was also photographed on July 22, 2020, in Los Angeles wearing a tie-dye, Max Roux wetsuit. The sweatshirt is oversized by design and Vanessa looked comfortable as she snuggled her dog close to her chest. She carried a Valentino, Supervee bag in black that features a large, monogrammed “V” on the front. She wore a Masqd, Golden Butterfly face mask to keep her safe from the deadly COVID-19 virus. For footwear, Vanessa wore a pair of Gucci, Princetown, fur-trimmed mules.

@vanessahudgens carries her pup Darla after a workout with a friend. #VanessaHudgens Photos: BackGrid

Vanessa showed off her abs in another set of photos that were captured after the Spring Breakers actress worked out. She carried the same Valentino purse and wore the Playboy face mask. You may see those photos below.

What do you think about Vanessa Hudgens’s photos? Which look do you like the best? Are you a fan of Vanessa Hudgen’s fashion style?