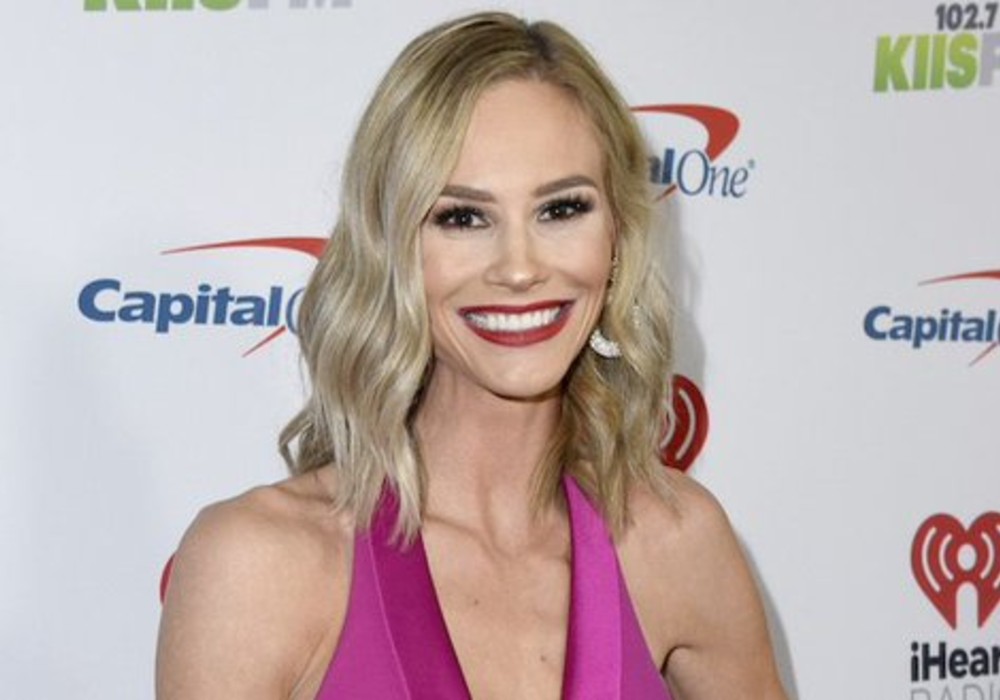 Former Real Housewives of Orange County star Meghan King Edmonds is moving on amid her divorce from Jim Edmonds. As of this week, the mom-of-three has officially dropped the name “Edmonds” on Instagram and has changed her username from @meghankingedmonds to @meghanking.

King has also changed her name in her bio to “Meghan King” and she describes herself as “Mama to Aspen, Hayes & Hart,” the three children she shares with the St. Louis Cardinals hall-of-famer. 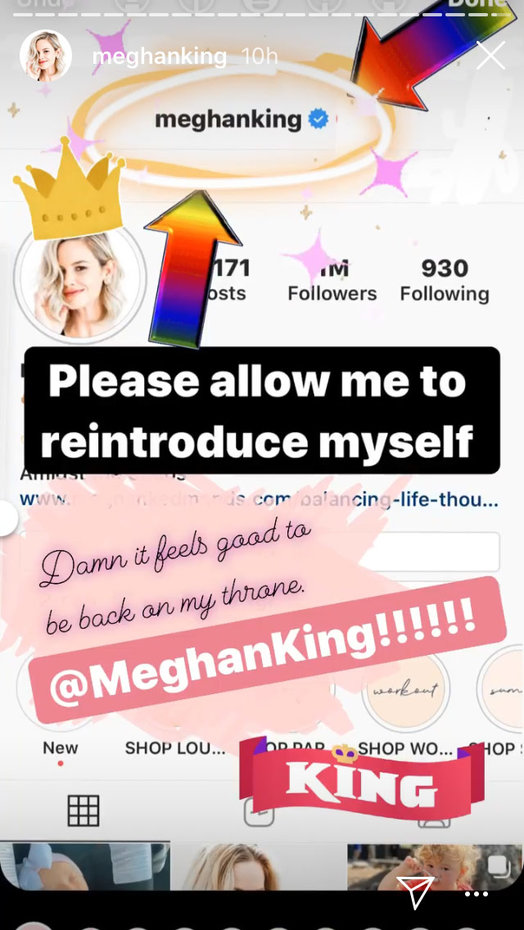 She also shares that she is the co-host of the Intimate Knowledge podcast and describes her brand as “Lifestyle, Motherhood, Sales, & Thriving Amidst the Chaos.” King still has her blog and her website MeghanKingEdmonds.com.

In addition to changing her username and bio, King also “reintroduced” herself on her Instagram Story. The 35-year-old posted a screenshot of her Instagram bio and circled her name change and added an arrow pointing to it.

“Please allow me to reintroduce myself,” wrote King. “Damn it feels good to be back on my throne.”

King and Edmonds were married from 2014 to 2019 and both starred on RHOC. He filed for divorce in October of last year – just days after their fifth wedding anniversary – after she accused him of cheating with one of their nannies. Both Edmonds and the nanny denied having an affair.

Since the split, the divorce has gotten nasty. The former couple has fought over custody of their children, and King has reportedly demanded $1 million more in the divorce settlement than was agreed to in their prenuptial agreement.

Meghan King is now dating businessman Christian Schauf, the co-founder of the emergency survival kit company Uncharted Supply. The couple went Instagram official in May, but have reportedly been dating since March.

I guess if it’s in @people, it must be true… 😉 I’ll just say this: I’m happy and looking forward to writing my next chapter 😊

Schauf is based in Park City, Utah, and up until recently King had a rental in Southern California. He reportedly travels back and forth from Salt Lake City to Los Angeles regularly and stays with King and her three kids.

“Like any new relationship, we are looking forward to creating new experiences together and seeing where life takes us,” King told People magazine.

Jim Edmonds has also moved on and is dating Kortnie O’Connor, a woman who King claimed on her Intimate Knowledge podcast had threesomes with her and Edmonds during their marriage.