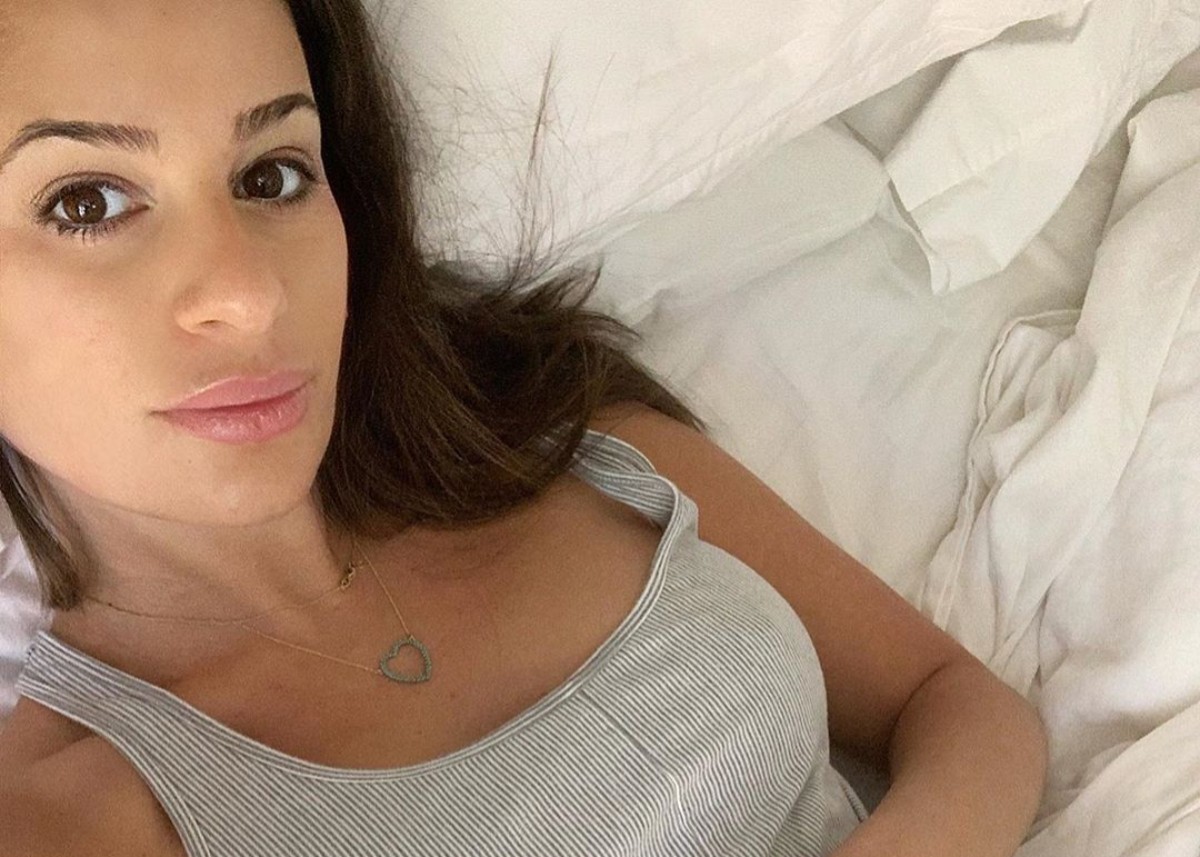 Lea Michele was spotted out for a walk with her husband Zandy Reich and her baby bump was on full display. Lea is pregnant with the couple’s first child and though this is the most exciting time in her life — it’s also been one of the hardest. Lea has been under intense scrutiny since several former co-stars have come forward to accuse her of racism and all-around terrible on-set behavior. When her former Glee co-star, Naya Rivera, went missing earlier in July, many people attacked Lea online and accused her of not showing enough care, concern, or compassion. The backlash was so great, Lea responded by shutting down her Twitter account.

The new photos of Lea are going viral as many of her supporters have missed her social media posts. Lea stopped updating her Instagram and hasn’t shared recent photos of her growing baby bump. She never revealed her due date, but judging by the size of her belly, she can’t have too much longer to go.

Lea and Zandy were spotted in Santa Monica and Lea wore a short, black tee-shirt dress that provided ample coverage for her growing belly. The short-sleeve dress kept Lea cool and comfortable and she ensured she was well-protected from the Coronavirus by wearing a face mask.

There has been growing concern regarding pregnant women contracting the deadly, novel virus and the impact it might have on a growing fetus. Zandy wore a matching face mask and the two held hands as they went along their walk together.

You may see several photos of the couple below.

Lea was seen just several days earlier wearing black pants and a white tank top. Again, she wore her face mask and was dressed comfortably for both the weather and her pregnancy.

What do you think about Lea Michele’s recent photos? Were you surprised by the accusations leveled against Lea that she was cruel to her co-workers?