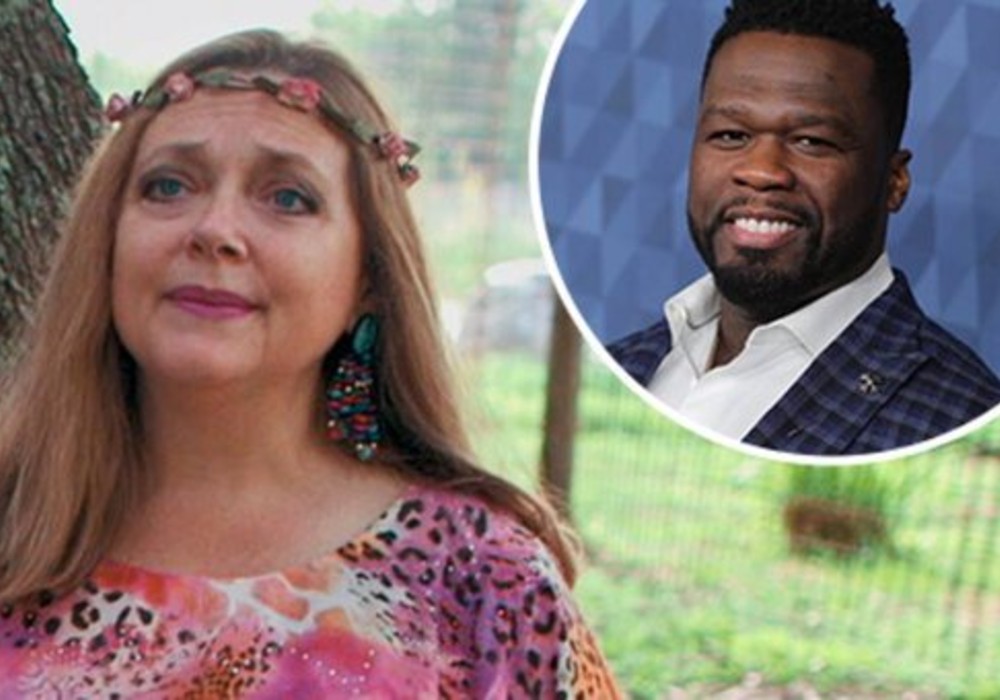 Tiger King star Carole Baskin has created a new income stream for herself by making videos for fans on Cameo, and her latest video caught the eye of rapper 50 Cent. The clip featured Baskin and her husband, Howard, covering 50 Cent’s 2003 hit In Da Club, and the rapper described it as “magic.”

Cameo is a site where fans can pay money for celebrities to make them personalized videos. In the Baskins’ cringeworthy clip, Carole is wearing her signature flower crown and Howard is rocking a party hat.

this song wasn’t music it was magic, it went everywhere in the world then never went away everyday is somebody’s birthday. 😟but the shit it did to Murder inc Lol😆😆😆 #bransoncognac #lecheminduroi pic.twitter.com/mlvGTxMEbj

“Hey, all you cool cats and kittens. It’s Carole Baskin and Howard Baskin at Big Cat Rescue. We are here with the crib mates to wish Charlotte a happy birthday,” said Carole as they started to rap the song.

As the short clip continues, the duo keeps rapping as Howard shows the camera an almost empty bottle of Bacardi. He pretends to take a drink while singing “we gon’ sip Bacardi like it’s your birthday.”

The animal activist and her husband charged the fan $299 to make the clip.

When 50 Cent discovered the viral video, he reposted the clip on Instagram and wrote in the caption: “This song wasn’t music it was magic, it went everywhere in the world then never went away everyday is somebody’s birthday.”

At the end of the caption, 50 Cent (Curtis Jackson) referenced his issues with Murder Inc. cofounder Ja Rule when he wrote, “But the s— it did to Murder inc Lol😆😆😆 #bransoncognac #lecheminduroi.”

Other celebrity reactions to Baskin’s video include Jamie Foxx, who wrote that it was “hilarious and legendary all at the same time.” Actress Nia Long wrote that Carole Baskin “scares me,” and actor Mike Dopud simply wrote: “I have no words.”

Got Carole Baskin to sing a Cardi B song to my dad. 2020, what are you? pic.twitter.com/GopSpmsBUq

Baskin recently won her lengthy legal battle with Joe Maldonado-Passage, AKA Joe Exotic, when a judge granted her ownership of the G.W. Exotic Animal Memorial Park in Wynnewood, Oklahoma, the zoo at the center of Netflix’s Tiger King documentary.

After Maldonado-Passage was sentenced to more than two decades in prison for numerous animal cruelty charges – plus a charge of conspiring to kill Baskin in a murder-for-hire plot – the zoo was under the control of Jeff Lowe. But now, it’s under Baskin and her Big Cat Rescue corporation’s control.

According to Courthouse News Service, Lowe has 120 days to vacate the premises before Carole Baskin takes over.