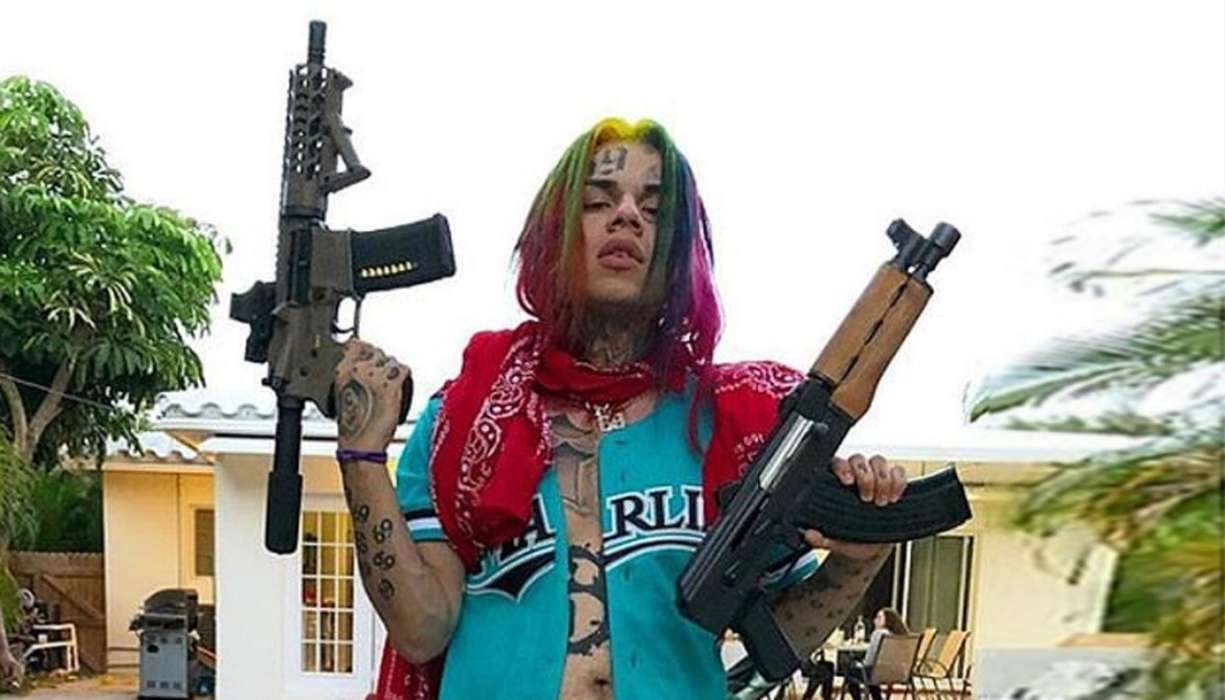 Tekashi 6ix9ine is in the headlines almost every day. In case you’ve never heard his name, Daniel Hernandez, also known as Tekashi 6ix9ine, is a New York rapper who created a reputation as a social media troll due to his attention-grabbing behavior on Instagram.

He later got involved with the NYC gang, the Nine Trey Gangsta Bloods, which led to a number of publicized controversies, including shootings, robbings, and other unfortunate circumstances.

Finally, the federal government came for the rapper and he told them everything they wanted to hear about the gang in exchange for a reduced sentence. Amid the coronavirus pandemic, Tekashi 6ix9ine was released from prison to house arrest, and he has been in the headlines repeatedly ever since.

This past Saturday, 6ix9ine was on IG to say that he has just 34 days until he can take his ankle monitor off. More importantly, the rapper added, he’ll be dropping yet another music video on the 3rd of July, Friday. Furthermore, the rapper shared some of his new accomplishments.

He stated that the “King of New York” was going to be back on the street. Admittedly, the “GOOBA” artist has managed to make a huge splash ever since he got out of jail, a fact that 6ix9ine recognized.

Taking it even further, the performing artist explained to his fans how big of an impact he was going to make on the game once he can actually get outside of his house. “Picture the noise I’m gonna make when I’m outside,” 6ix9ine remarked.

As it was previously reported, Tekashi 6ix9ine did break a record when he first got out of jail with his song, “GOOBA,” which became the most-viewed YouTube video in a 24-hour time frame.

Not long after, he and Nicki Minaj released a new song together which made similar numbers, although, it didn’t manage to push his previous track out of the top position. Although, it did reach the coveted number one ranking on Billboard’s chart.