Tekashi 6ix9ine Says That Anthony 'Harv' Ellison Was The One To Fire At Freddie Gibbs - yuetu.info 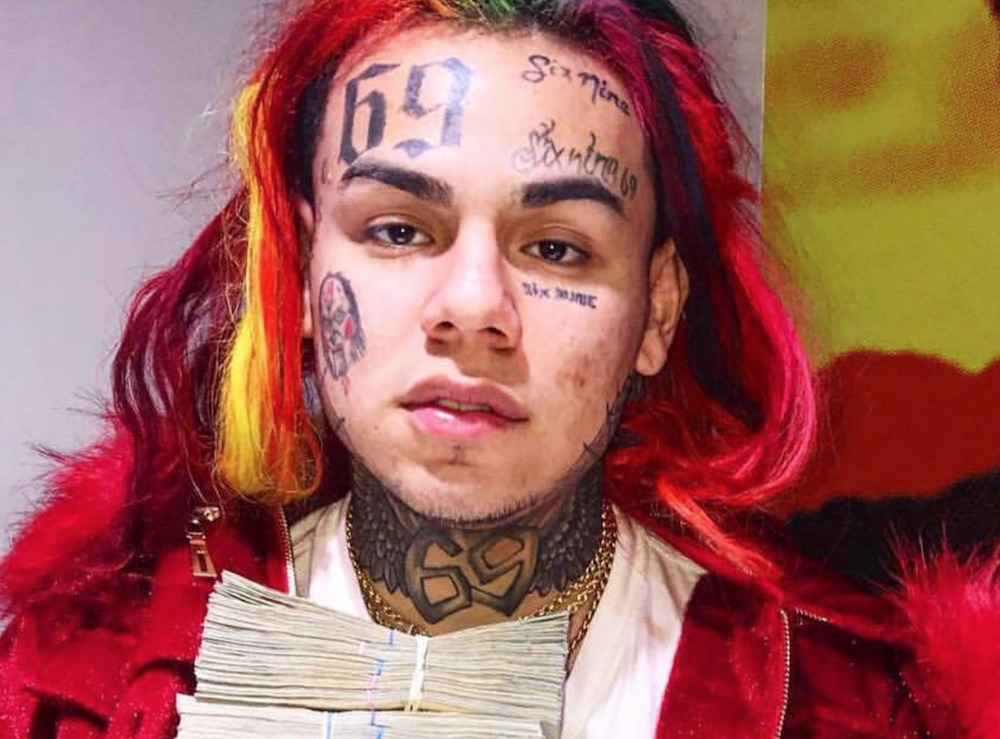 Tekashi 6ix9ine is in the headlines almost every day, that much is for certain. Earlier today, Hot New Hip Hop reported on the rapper once again amid his feud with Freddie Gibbs. During a conversation with DJ Akademiks, Tekashi 6ix9ine, the formerly incarcerated artist, made some pretty wild claims.

As fans of Tekashi 6ix9ine know, he managed to bring a lot of attention and fame to the New York gang, Nine Trey Gangsta Bloods, despite the fact they’ve been around for many years before Mr. Hernandez’s rise to star status.

Hot New Hip Hop says that back in 2014, Freddie Gibbs was shot several times in New York City, and 6ix9ine says he knows who tried to kill him. During their conversation, DJ Akademiks asked Tekahsi 6ix9ine if he remembered Gibbs at all, and the rapper responded by stating that he was the one that Harv shot at when he was in New York City.

In case you don’t know, Anthony “Harv” Ellison was just one member of the Nine Trey Gangsta Bloods who was involved in the kidnapping of the “GOOBA” artist.

Akademiks of course calls 6ix9ine during all this who tells him Freddie Gibbs was shot at by one of his old crew members pic.twitter.com/8DOfGIB9gw

As it was noted above, Tekashi 6ix9ine, née Daniel Hernandez, is in the news regularly, including yesterday, when the rapper took to his IG to explain his current status in home confinement as well his upcoming projects.

The artist, thus far, has managed to drop two singles since he was released from prison, including “GOOBA,” and “TROLLZ,” the latter of which controversially featured Nicki Minaj.

The former, “GOOBA,” beat Eminem’s record for the most number of views in a 24-hour time frame on YouTube. When Minaj and 6ix9ine released “TROLLZ,” they claimed the song did even better than “GOOBA,” however, YouTube representatives later came out to say this wasn’t true.

As it was previously reported, YouTube’s reps dropped a statement in which they insinuated some of the numbers were artificially elevated through paid traffic, although, they never made the claim directly. YouTube referenced their policy for which they count views, and said they didn’t count bought views.