RHOBH - Brandi Glanville Kisses Mystery Woman In Twitter Post, And Fans Think They Have It Figured Out - yuetu.info 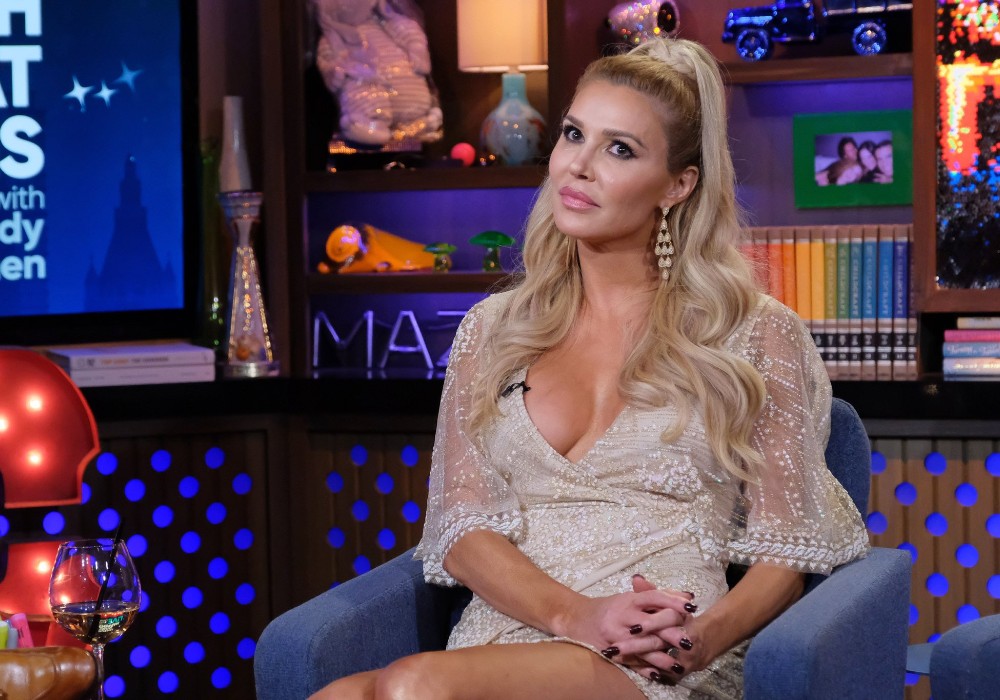 Real Housewives of Beverly Hills star Brandi Glanville posted a pic on Twitter Saturday night that many fans believe is proof that she hooked up with Denise Richards. In the grainy photo, Glanville is kissing a mystery woman, and of course it looks just like Richards.

In the caption of the photo, Glanville wrote: “Making dinner for my fam/neighbors – #snack on this.”

RHOBH fans immediately went nuts, and started commenting about the drama that’s been going on between Glanville and Richards this season. ICYMI, Glanville has been claiming on social media that she hooked up with Richards, but the Wild Things actress has repeatedly denied the allegation.

Even though many fans were sure the photo proved that the Drinking and Tweeting author had been telling the truth, some pointed out that the pic might not be real. Others noted that the mystery woman might not be Richards, while others noticed that it looks like the kiss is on the cheek and not on the lips.

“It’s not even a kiss on the lips. It’s a kiss on the cheek. Brandi is so full of it,” one person tweeted. “Omg!!! She’s bringing the receipts…” another added.

Of course, the internet went to work trying to figure out if the photo was real, and some found old photos of Glanville from a night out with Richards when they were partying together last year. Yes, the plot thickens.

On today’s episode of #Unfiltered @ryantillotson and I talk about a new project and a new podcast! SignUp and Book a Sesh at http://www.celeb.chat/brandiglanville • You can find our #unfiltered podcast at @strawhutmedia on @applepodcasts @spotify or wherever you get your pods! • Don’t forget to rate, review, download & subscribe! ❤️

RHOBH has been teasing this storyline all season long, and the mid-season trailer claims that things will soon come to a head and the truth will be revealed. In the clip, Glanville tells a woman that Richards and her husband, Aaron Phypers, have an open relationship. She also says that after she “f*cked” Richards, they woke up the next morning and Richards told her that “Aaron can never know this. He’ll kill me.”

Richards has vehemently denied the hookup, and she even stopped filming with the rest of the cast after Glanville told them that she had a fling with The Bold and the Beautiful star. In the trailer Richards also warned RHOBH producers to “not air this” – referring to the alleged affair – because “it’s very bad.”

“Bravo has a choice,” said Richards.”If they ever want me to be on the show, they need to cut that.”

Despite her warning, it appears that Bravo absolutely didn’t “cut that,” and Denise Richards has not responded to Brandi Glanville’s latest post.