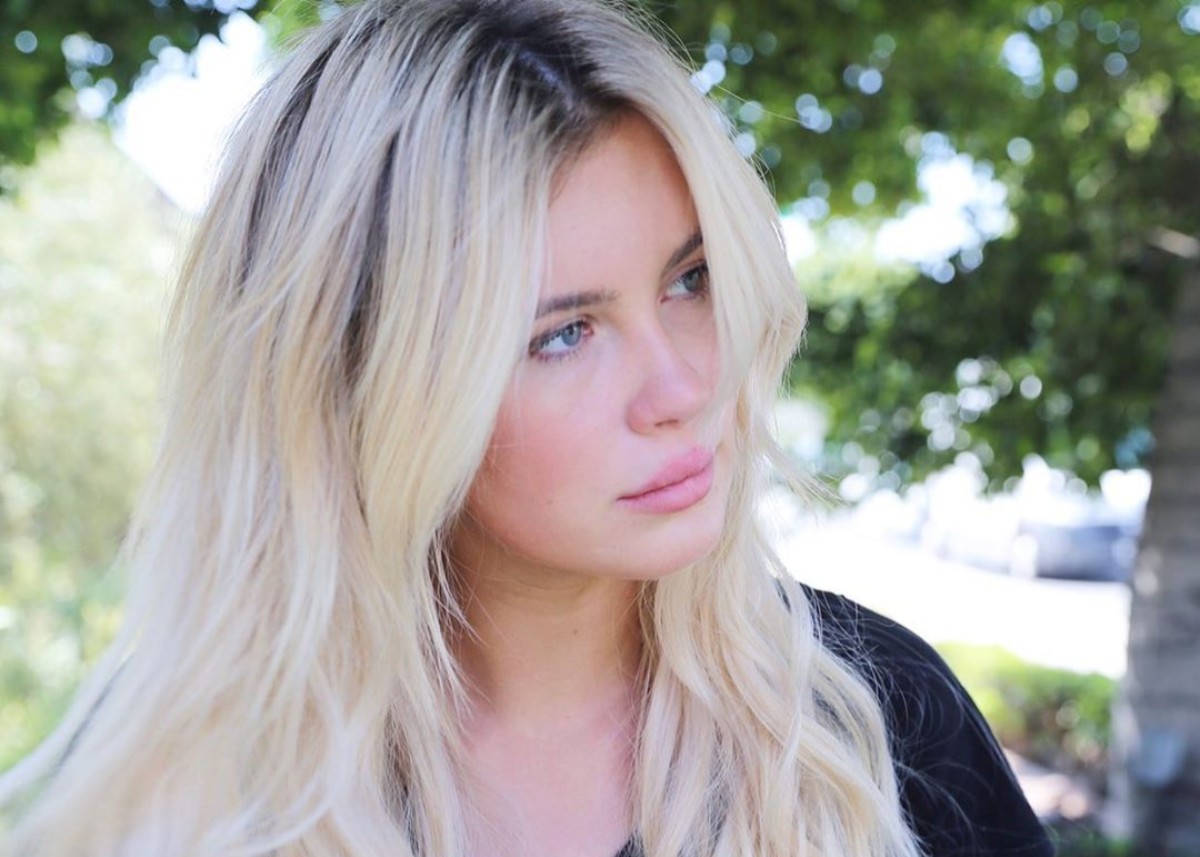 Ireland Baldwin is celebrating summer in fashionable style and new photos of her wearing the Euro Bow, blue gingham bikini from Montce are going viral. Ireland was photographed with her boyfriend Corey Harper playing on the beach in Malibu and she was the perfect picture of retro chic. The 6’1″ model wore her long, blonde hair piled up in a bun and secured away from her face in a matching blue, gingham headband. She shielded her eyes from the sun with dark sunglasses and wore bright red lipstick and matching fingernail polish. Ireland’s tattoos were clearly visible and the bikini gave her a look of vintage, pin-up glamour.

The daughter of Kim Basinger and Alec Baldwin showed off her incredible figure and long legs as she spent some fun on the beach. Fans quickly shared photos of Ireland and pointed out her ample cleavage as they praised the statuesque cousin of Hailey Bieber for her beauty.

Peeking out from the bikini bottoms was Ireland’s large, rose tattoo that she has on her pelvic and hip area.  You may see two photos of Ireland where she stuns in the Euro Bow bikini below.

Ireland showed off her rose tattoo in another series of bathing suit photos that she shared with her Instagram followers. Ireland showed off more of her curves in the Monica Hansen bathing suit. For the photos, Ireland posed indoors and held on to the bathing suit’s ties that crossed her tiny waist. The color was a perfect complement to Ireland’s skin tone and she looked stunning.

Ireland received plenty of praise for a photo that Ramirez Tran Salon shared of her extensions. Her hair was a cool, icy blonde and flowed past her shoulders. You may see that picture below.

You may see another photo of Ireland Baldwin where she flaunts her curves below.

What do you think about Ireland Baldwin’s Euro Bow by Montce bikini? Are you a fan of the retro-chic look?