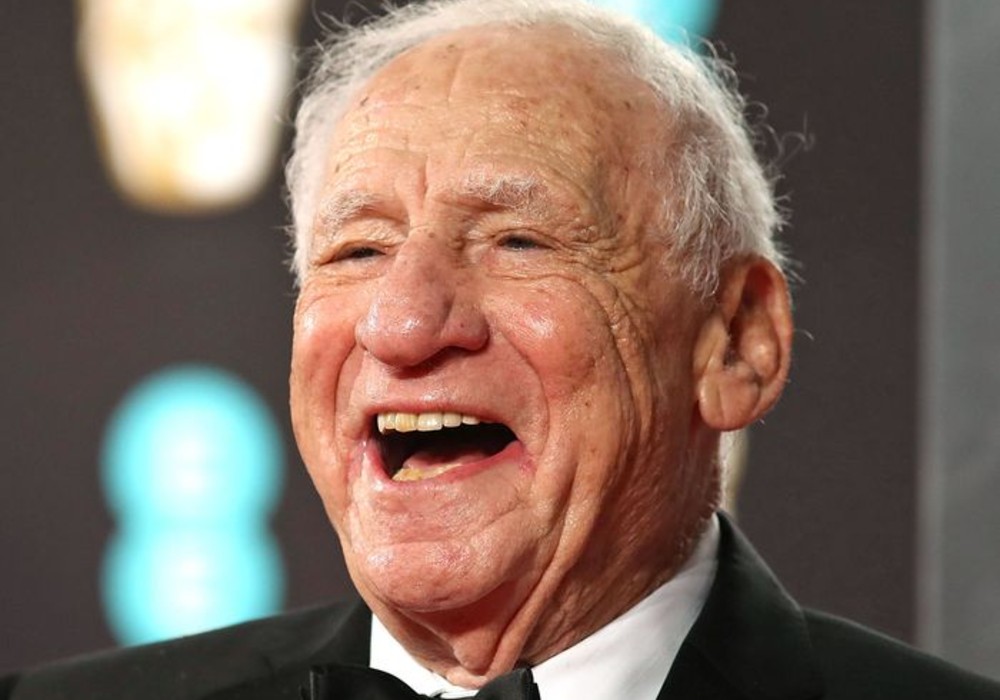 Comedy legend Mel Brooks turned 94 on Sunday, and social media did not forget about the director who has brought the world such amazing films like Blazing Saddles, Young Frankenstein, and Spaceballs.

Born Melvin Kaminsky on June 28, 1926 in Brooklyn, New York, Brooks eventually changed his name when he was a teenager. According to Celebrity Cheat Sheet, Brooks knew after seeing a Broadway play with his uncle that he wanted a career in show business.

What I am most proud of are, creating The Dick Van Dyke Show and informing Mel Brooks that he's 2000 Years Old and knows everything. This, and a lot more, in my Dispatches From Quarantine: https://t.co/tPhSMRBiiM
cc: @SlvrScnStudios

By the 1940s, Brooks was working as an entertainer at the resorts in the Catskills Mountains. And, in 1949, Sid Caesar asked Brooks to join the writing staff for The Admiral Broadway Revue television show.

He went on to write for the comedy series Your Shows of Shows between 1950 and 1954, and this is where he met Carl Reiner and Neil Simon, who were also part of the writing team.

Brooks first attempt at filmmaking was a huge success, as he wrote and directed The Producers in 1968. This earned him an Academy Award for Best Screenplay, and his legendary movie career was born.

Two years later, Brooks directed The Twelve Chairs, and in 1974 he directed Blazing Saddles after co-writing the script with Richard Pryor. Over the next two decades, Brooks produced and directed films like High Anxiety, Silent Movie, Robin Hood: Men In Tights, Life Stinks, Young Frankenstein, Spaceballs, and Dracula: Dead and Loving it.

The director also owns Brooksfilms, which has produced a number of non-comedy movies. That has resulted in Brooks having an estimated net worth of $100 million.

Brooks has been married twice and has four children. He was married to Florence Baum from 1953 to 1962, and they had three kids: Stephanie, Nicky, and Eddie. After he divorced Baum, Brooks married actress Anne Bancroft and they had a son named Max. Brooks and Bancroft were together until she died in 2005.

One of my favorite images of birthday boy Mel Brooks and his beautiful wife, Anne Bancroft, who is no longer with us. . . pic.twitter.com/nBMeq61fmh

In 2010, Brooks said it was Bancroft who was the “guiding force” behind him developing The Producers and Young Frankenstein for the musical theater. After meeting with her, Brooks recalled that “from that day, until her death…we were glued together.”

Many celebrities honored Brooks on his birthday, including Nick Kroll who wrote: “Happy 94th birthday to the king @MelBrooks! No one’s work has inspired me more than Mel. Getting to know him over the last few years is the highlight of my professional life.”

Carl Reiner also posted a video he recently made with Brooks titled “Dispatches From Quarantine.” Reiner wrote that the things he is most proud of include creating The Dick Van Dyke Show and informing Mel Brooks that “he’s 2000 years old and knows everything.”

To celebrate Mel Brook’s birthday, one fan tweeted one of his favorite Brooks quotes: “I’ve always been a huge admirer of my own work. I’m one of the funniest and most entertaining writers I know.”