Chris Brown's Baby Mama, Ammika Harris, Hints That She And The 'Loyal' Singer Are Together Physically Again With These Photos As She Takes Measures To Protect Her Privacy - yuetu.info 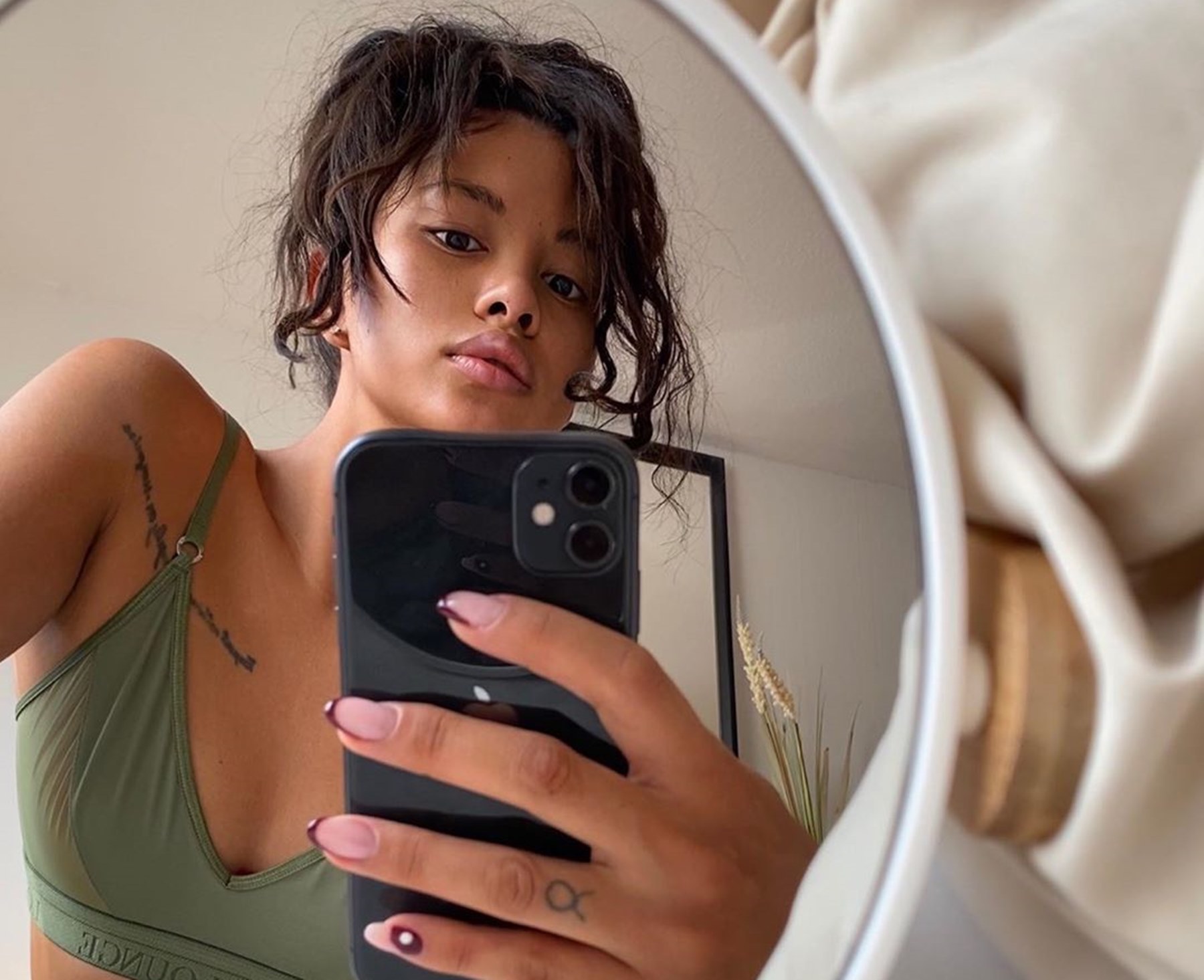 It seems that Ammika Harris is hinting at her plans with baby daddy Chris Brown. The model took to social media, where she posted two new photos which confirm that she is back home with Chris.

The model shared a picture with the word “home” splashed on it with the full definition on the bottom. She also posted a photo where she is wearing a massive ring.

In the image, Ammika, whose face is not visible, is wearing jeans and sandals and what seems to be an engagement ring and wedding band on her right hand. Ammika turned off the comment section.

Recently, a source close to Ammika and Chris spoke to Hollywood Life, and the lovebirds were eager to reunite whenever the COVID-19 pandemic permitted.

The insider shared: “Chris and Ammika have definitely reconnected again during this quarantine because they’re able to focus on each other without so much distraction from the outside world. Chris and Ammika had a lot going on when she left for Germany, so being in isolation has allowed them to get to know each other again in away. They’ve always been FaceTiming so Chris can see Aeko and get updates on how his son is doing, but he and Ammika are connecting more too, and this time apart has actually been really good for them.”

The person added: “Chris and Ammika have realized much more about each other through this isolation from each other than would likely be the case had it not happened at all. They are both embracing how to work together for the benefit of Aeko, and flirting with each other from afar has definitely made the saying, ‘absence makes the heart grow fonder’ an actual thing that they are really taking to heart. It’s been very fluid and nice between them with all the circumstances as they are figuring it all out in a positive way.”

The pal went on to say: “Not being able to together physically have really pushed them to connect on a different level. It’s also been challenging at times to be stuck so far apart, but right now, they are in a very good place and talking every day and making plans for what they want to do together when they can actually be together again. Chris is dying to see his son, and he misses Ammika too. And his mom is going crazy not being able to hold her grandson. She video chats with Ammika a lot, so she gets to at least see him that way, but it’s not the same as being able to hold him. But they know this is what has to happen right now for the sake of everyone’s health.”

Ammika might finally get what she has always wanted.