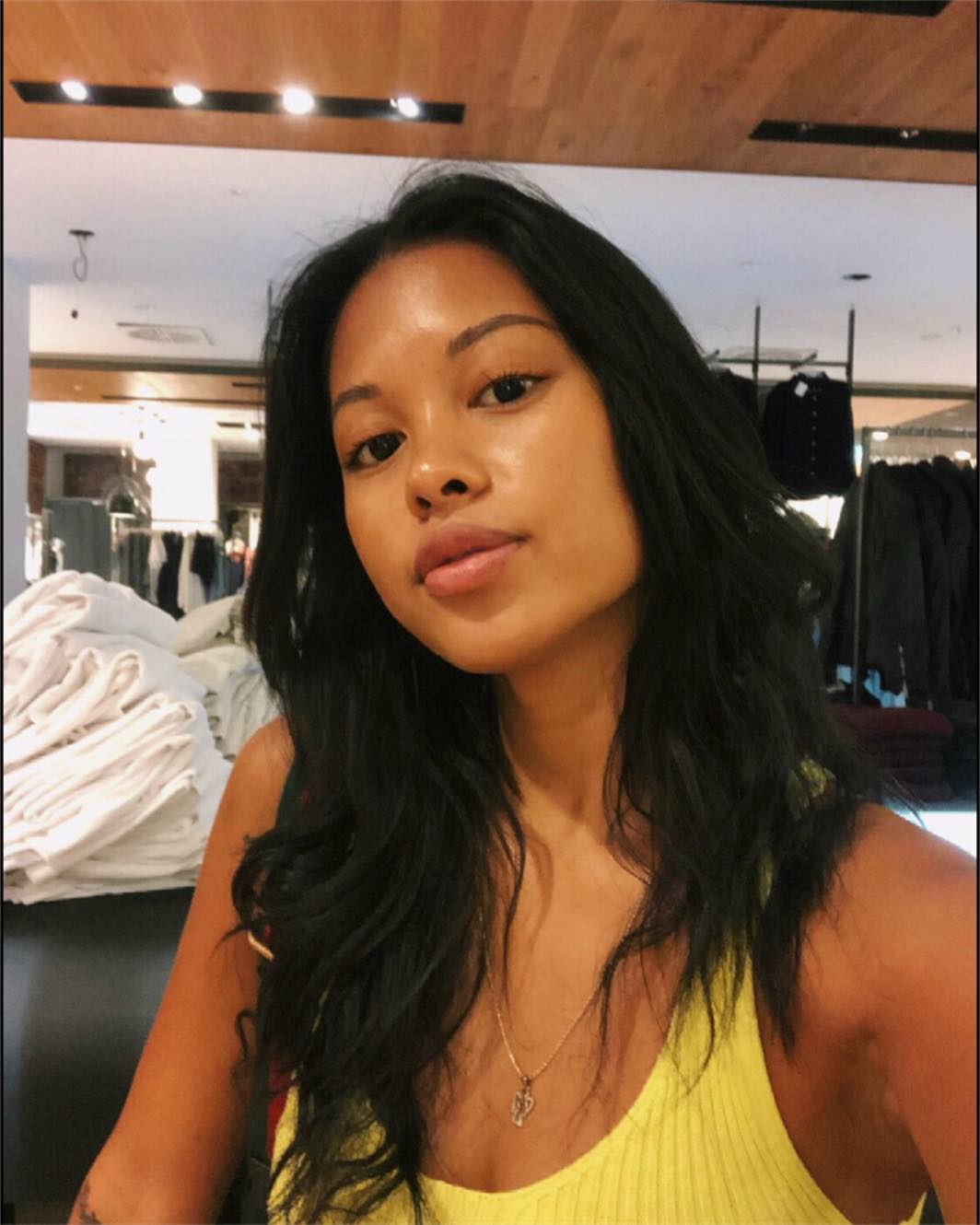 Chris Brown’s baby mama, Ammika Harris has been making fans excited lately by sharing all kinds of selfies on her social media account. She’s been showing off her fit body and leaving fans impressed by her amazing snap back.

Fans are praising her figure in the comments like there’s no tomorrow.

Someone told her: ‘Girl how are you that snatched after having a baby,’ and a follower said: ‘Everyday crush love from South Africa.’

One other commenter wrote: ‘You can make anything a vibe… even FRIZZY hair!! Girrl,’ and someone else posted this message: ‘You are the most beautiful blasian.’

Another commenter had this message for Chris: ‘@chrisbrownofficial the best one you ever had,’ and a fan was surprised that Ammika had recently given birth: ‘And you’re telling me you had a kid!’

Someone else said: ‘Your natural beauty shines,’ and another follower posted the following message: ‘Do you work out or is that just your natural body? @ammikaaa.’

An Instagrammer: ‘@chrisbrownofficial you are blessed with a beautiful woman,’ and another follower said: ‘Are you sure you had a baby😍 smoking hot.’

People have been praising Ammika’s snap back for aa really long time and they keep telling Chris what a lucky man he is.

Just the other day, Ammika impressed her fans and followers in green lounge underwear, and she made sure to show off a lot of skin. She also revealed a surprise for her fans and IG followers – a discount code!

Also, not too long ago, Ammika posed braless the other day, wearing only an unbuttoned shirt, and she managed to amaze her fans back then as well. People are simply in love with this young woman and her son, Aeko as well.

She’s been sharing a lot of pics lately in which she’s showing off a lot, and fans could not be more pleased.