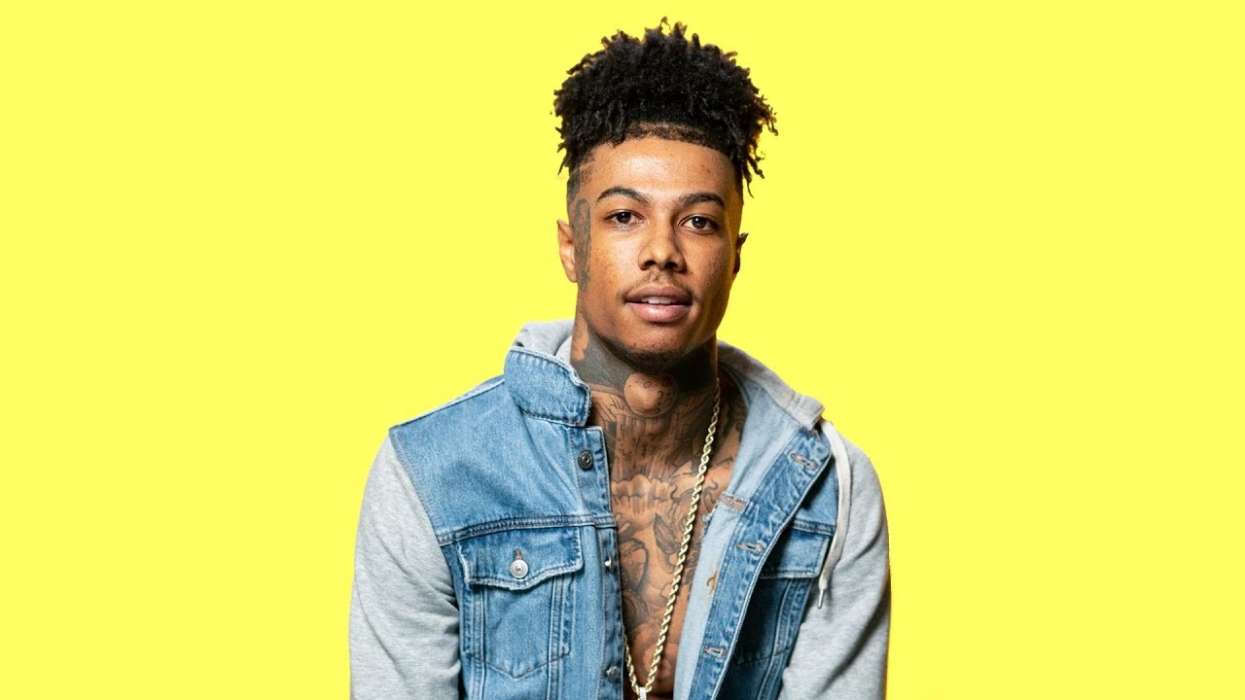 Blueface and his baby momma are in the headlines again, and for similar reasons as last time. Hot New Hip Hop picked up on an Instagram Live session today in which Blueface told the mother of his child to “shut the f*ck up” and she smacked him across the face in response.

It goes without saying that the rapper and Jaidyn Alexis, are not getting along as well as they could be. As it was noted above, they have been fighting for what seems like months, and this week, the pair duked it out on social media.

After asking her if she ever stays quiet, Blueface starts singing a song from Big Sean. Jaidyn slaps him across the mouth, and Blueface says he was merely singing a song. She says, “I don’t care, shut the f*ck up!”

Blueface and Jaidyn’s fights on social media are well documented, although, admittedly, the ones that make it onto the internet are probably only a fraction of what happens when there isn’t an iPhone around.

#blueface baby mama who broke all his windows and scratched his car up is back . Pray for Blueface

As it was previously reported, this past month, Blueface posted a video of Alexis in a rage in which she was breaking things around his house while their infant son stayed indoors. In the clip, Blueface nonchalantly asked his son what his mother was doing.

The incident wasn’t well-received on Instagram. Many social media users threatened to call social services on them for exposing their infant child to domestic violence and a stressful environment. Obviously, the government agency never got involved.

In other news, Blueface was in the headlines again this year when Tekashi 6ix9ine made fun of the fact that he has purportedly “fallen off,” so to speak. When asked about the rapper, Tekashi 6ix9ine acted like he didn’t even know he was.

6ix9ine said, “who? the kid with the fake watches?” Back in May, Blueface took to his social media once again to show off the damage that his baby momma did on his home. She allegedly keyed his cars, broke windows, and damaged other random property around their home.