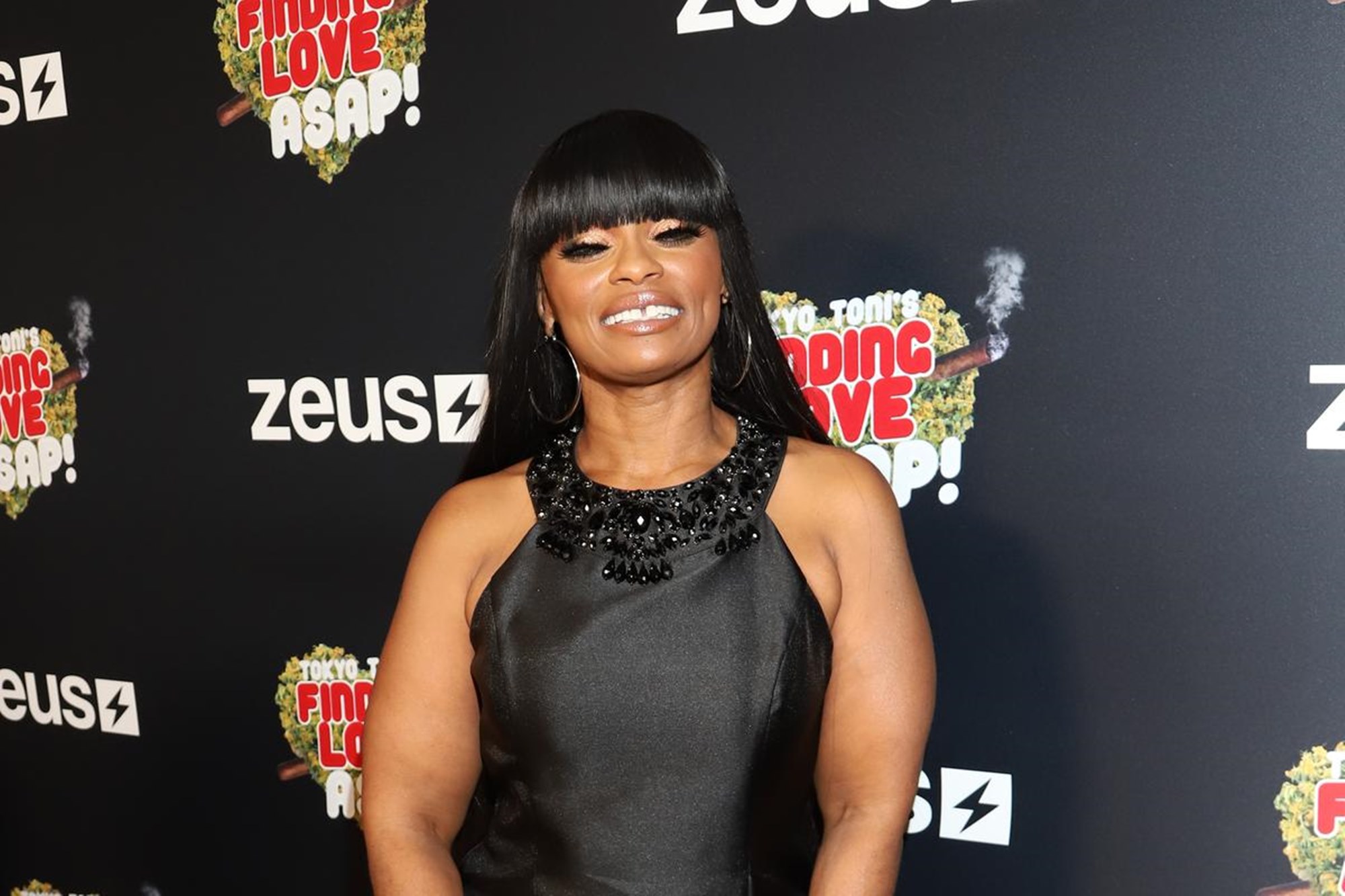 Tokyo Toni, who is famous for being the mother of reality TV star Blac Chyna, is getting blasted for the wild and hateful comments that she made about black people and the powerful Black Lives Matter movement that has gone global since the horrific death of George Floyd.

The controversial media personality, who has been in public feuds with her daughter and her almost son-in-law, Robert Kardashian, lashed out at BLM in a series of epic rants that have gone viral.

Tokyo Toni slammed the “Black b*tches” and explained that “Black lives don’t matter to Black people,” and went on to say: “You Black, stupid mother*ckers, ignorant, got your pants hangin’ at your a*s. But you want a change? The dumbest Black people I’ve ever seen in my life. That’s why you slaves. You’ll always be. I’m ready to f*ck with the Latinos. I’m coming out of the Black hood. I’m f*ckin’ with my own people. I’m sorry.”

She has so much hate in her heart for her self even her front teeth hate each other, looking like white flight they running away from each other. pic.twitter.com/Udufv2KObI

She told Black women that they are “worthless” and continued: “You Black b*tches, I just can’t f*ck with you no more. For real. You are really worthless. Low self-esteem, frequency on low as f*ck. You f*ck every man that gives you a dollar. That’s why your frequency low, that’s why you can’t get above zero. And you wonder why. I ain’t gon’ preach it to you, let your b*tch a*s mother do it, the b*tch taught you nothin’. And you all mad at me.”

She added: “F*ck you. ‘Black Lives Matter. No, it doesn’t, not to Black people. Let’s just say that. They matter, but they don’t matter to Black people. You b*tches are junkies, and you let your kids smoke weed and drugs in the house. ‘Oh, I’d rather them do it at home than in the street.’ B*tch, I will say, don’t do it at all.”

She also threatened to beat her children with a glass jar if they became drug addicts and then revealed: “Aww, people got killed by police? Let’s count how many people got killed by their own kind. I don’t want to f*ck with these hoes, especially these Black b*tches. You out your f*cking mind. I need me some Latinos. My kind, my girls.”

It was not over, Tokyo Toni also had the following to say: “Y’all b*tches are worthless as f*ck, in my opinion. What is your purpose in life?… Look at you just sitting up there on welfare. Your mother, your grandmother, all you motherf*ckers. A generational wealth of welfare. Your f*cking kids, stupid, don’t know a second language, but you buy the top hair weave. Can’t no Black b*tches talk to me? So take your Black Power, Black Panther a*s on. Go on and march on down the street and all of that sh*t. Just get away from me… because you b*tches kill each other. Terrible.”

Blac Chyna’s mom had a lot of things to share with the world.