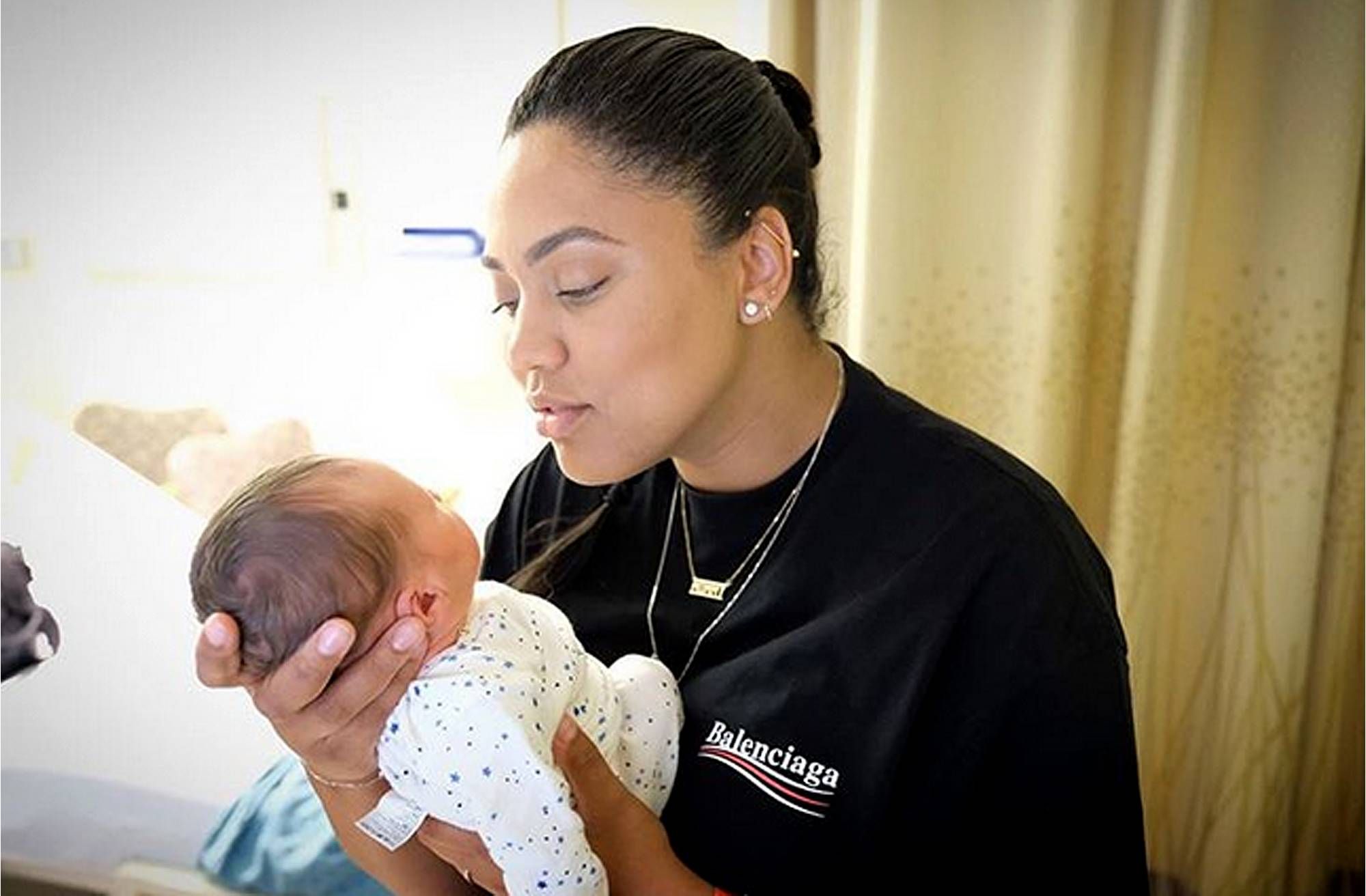 Ayesha Curry shared a super cute pic of her son Canon on social media and fans could not get over how much the toddler looks just like his father Steph Curry! The adorable child can be seen looking directly at the camera, stealing all of his mother’s followers’ hearts!

No one was doubting that Canon was a cutie pie but the more he grows up, the more people also notice that he is his dad’s spitting image!

At the time the snap was captured, the 1 year old was wearing an ensemble covered with colorful motorcycles and hanging onto the railing.

In the caption, Ayesha gushed over him, writing: ‘Lord. This little guy just keeps melting my heart. His daddy must be a looker.’

Not too long after the picture was shared, many flooded her comment section with comments on how much the little boy resembles his dad, basketball star, Steph Curry.

Speaking of, someone wrote that ‘He’s gonna be getting buckets soon,’ referring to his potential future career in the NBA.

As fans know, the parents love to share stunning and adorable pics of their family of 5, their other kids, 7 year old Riley and 4 year old Ryan being featured in many posts as well.

Speaking of, they did shared a group shot not too long ago, on June 19.

Lord. This little guy just keeps melting my heart. His daddy must be a looker. 😉

The three kids made sure to pose for the camera like pros while enjoying the sunny weather.

Love, grace, and side eye forever🤪😍. Our whole world @stephencurry30 🥰.

In the caption, the proud mom gushed over her ‘babies’ and got not less than 400k likes!

And that is just one example of the amazing family pics they take and share with the world! No wonder everyone loves this family!