Ashanti Flaunts Her Epic Leg Game In New Photo -- Fans Understand Why Rapper Maino Nearly Lost His Mind When She Rejected Him And Kept Things In The Friend Zone - yuetu.info 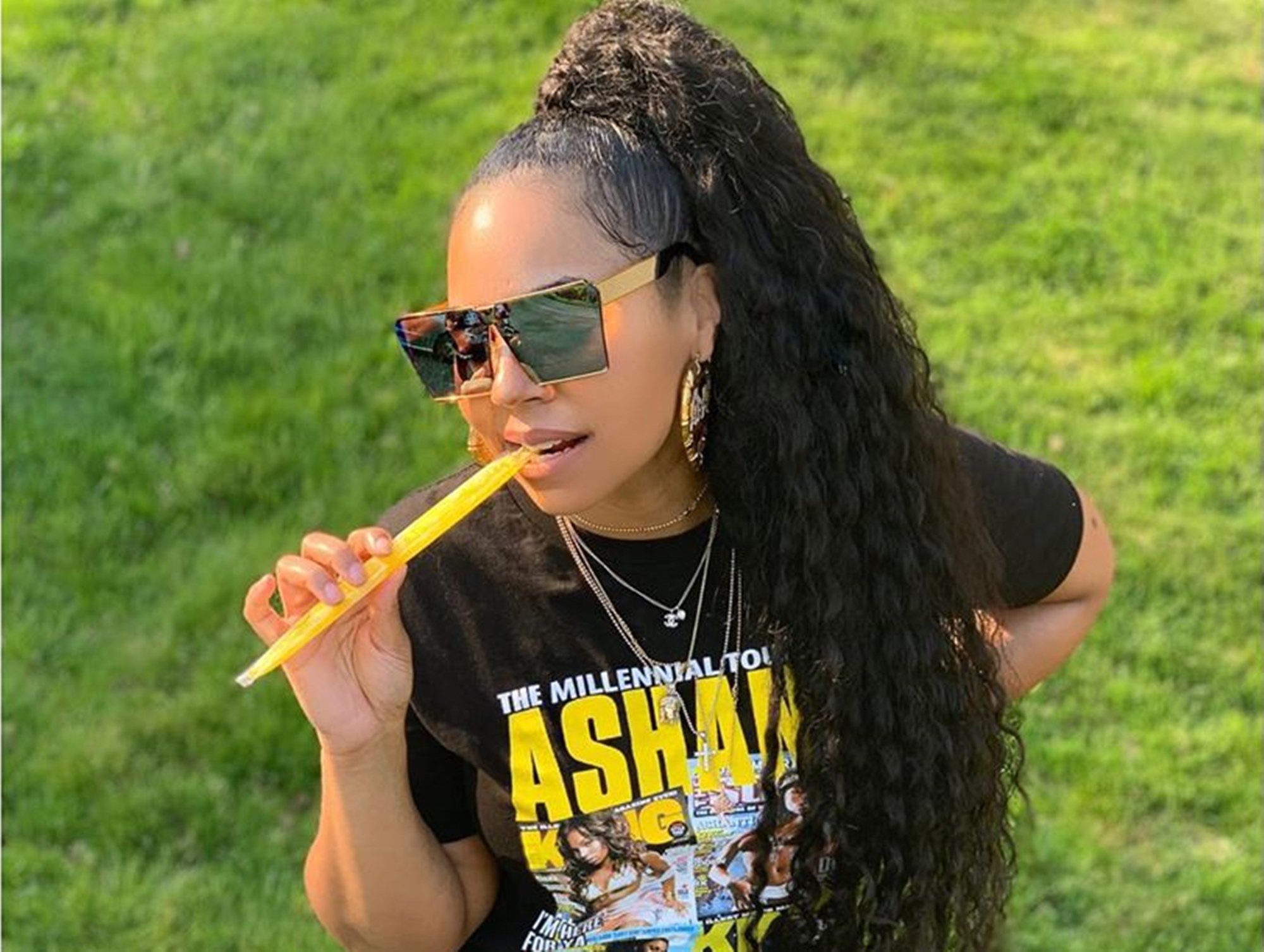 R&B music sensation Ashanti has been more low-key in recent months and has switched things up a bit after the COVID-19 pandemic started dominating the headlines around the globe.

Ja Rule’s frequent collaborator has also turned her focus to social justice and even attended a protest in New York following the death of George Floyd. She has also tried to bring more attention to the case of Breonna Taylor.

Because of what is going on right now, Ashanti no longer delights her numerous followers with sensational bathing suits and other alluring photos.

In the most recent picture of that nature, she modeled a green outfit that complimented the natural background. It was an excellent opportunity to flaunt her fantastic leg game.

She looked great, and her followers loved the display. They say it was a vivid reminder that Ashanti remains, to this day, one of the finest women in the entertainment industry.

For them, it makes sense that rapper Maino still cannot get over the fact she rejected him when he showed interest in her.

This was a big deal for me… The source Magazine was like a staple in Hip Hop… so for “a new lil R&B singer” at the time this was huge.. lol I think it had been 10 years since a female was on the cover… I posted these #tbt’s to show u guys the authenticity of the Merch. It truly is a part of me and my career… and none of this is possible with out you guys. Thank y’all for the love ❤️ cc @liltuneshi for all the creative direction on the Merch line & talking me into doing it lol ❤️😘🙌🏽 s/o to @misahylton on styling @jjsworld1 on make up.( And yes that’s the princess chain that’s on the other Merch T) lol @thesource

Maino recently revealed: “I was really in love with Ashanti. I wanted her; I really wanted her. We were cool, and I would text her, I would show up randomly at her events.” He laughs. “I got to know her family a little bit. I was like Ashanti this is it, power couple this is it. Holding hands in public, everything! This was in my mind…It’s not like she ever gave me the impression she liked me, but I had liked her. So what happened was, I was showing up to events, and she’d be with her mother and father. I’d come to support her and everything.”

The energy is just different. I’ve never protested before nor did I think I would ever have to…. we’ve seen the movies we’ve read the books. I come from a family devoted to making change. My grandfather James Davis walked alongside Dr. Martin Luther King Jr in Montgomery Alabama in 1965, and here we are in 2020 fighting the same fight all over the world. The energy is shifting tho. It feels different this time. Enough is Enough. ✊🏽✊🏽✊🏽

He continued: “She knew where I was at with it, but she didn’t necessarily feed in. So one night, she hit me and asked me what I was doing. I lost my mind. She told me to come hang out with her at a club in New York City. I said, “Oh, God! It’s on! All my hard work is paying off right now! This about to happen! This is about to be my girl!” This is all in my mind.”

Maino concluded the hilarious tale with: “And then she got on the mic. She started talking and shouting people out. And she shouted me out and said ‘Shout out to Maino, that’s like my brother! That’s family right there.” His face falls as he chuckles in defeat. “Now listen to me. I looked at the floor! I looked at the floor! I couldn’t believe that. If someone looked close, they would have seen steam coming out of my head. I’m not family; I’m husband!”

For many, Ashanti represents the total package.