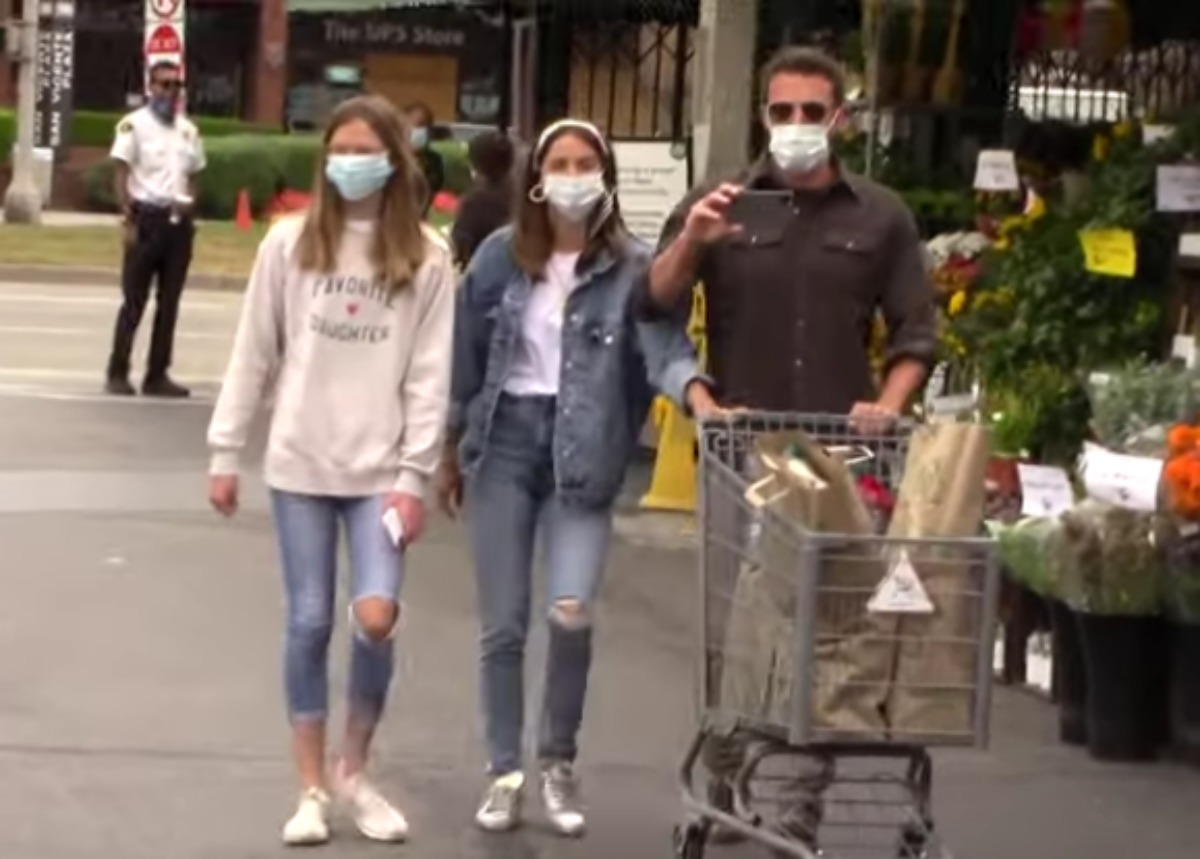 Are Ben Affleck’s kids with Jennifer Garner begging him to marry his new girlfriend Ana de Armas? That’s the question many people are asking due to an upcoming article in the upcoming June 29, 2020 issue of Life & Style. It took a while for Ben Affleck and Jennifer Garner to agree that Ana should meet the kids, but since they have, they’ve been getting along amazingly well, and now Life &  Style is reporting that the children want her to marry Ben!

A source spoke to the outlet about the children’s feelings regarding Ana and vice versa.

“Ana is very impressed with how smart, fun, and well-behaved Ben’s kids are. She really enjoys spending time with all of them.”

The outlet went on to say the feeling was mutual and that Ana has struck up a close relationship with Ben’s and Jen’s oldest daughter Violet. Speaking about the children wanting Ben to marry Ana the source said the following.

“Violet and Seraphina adore Ana. Sam, too thinks she’s nice and loves that Ana’s goofy and willing to play games with them. The trio keep telling Ben they want her to stick around!”

You may see a photo of Ben, Ana, and Violet out running errands below.

Ben and Ana have been virtually inseparable since the Coronavirus pandemic prompted a near-nationwide lockdown and fans are thrilled that Ben has finally found someone to love who treats him well and is a good support system. You may see an additional slideshow of Ben and Ana out walking her dog below.

The site X17 captured video footage of Ben Affleck, Violet Affleck, and Ana de Armas as they were out and about as a family. You may see that video below.

There is no doubt that Ana de Armas and Ben Affleck are deeply in love. Though nothing has been confirmed yet, there are rumors that Ben and Ana are secretly engaged.

What do you think about Life & Style’s report? Do you believe that Ana de Armas and Ben Affleck are a good couple? Do you think the children want him to marry her?