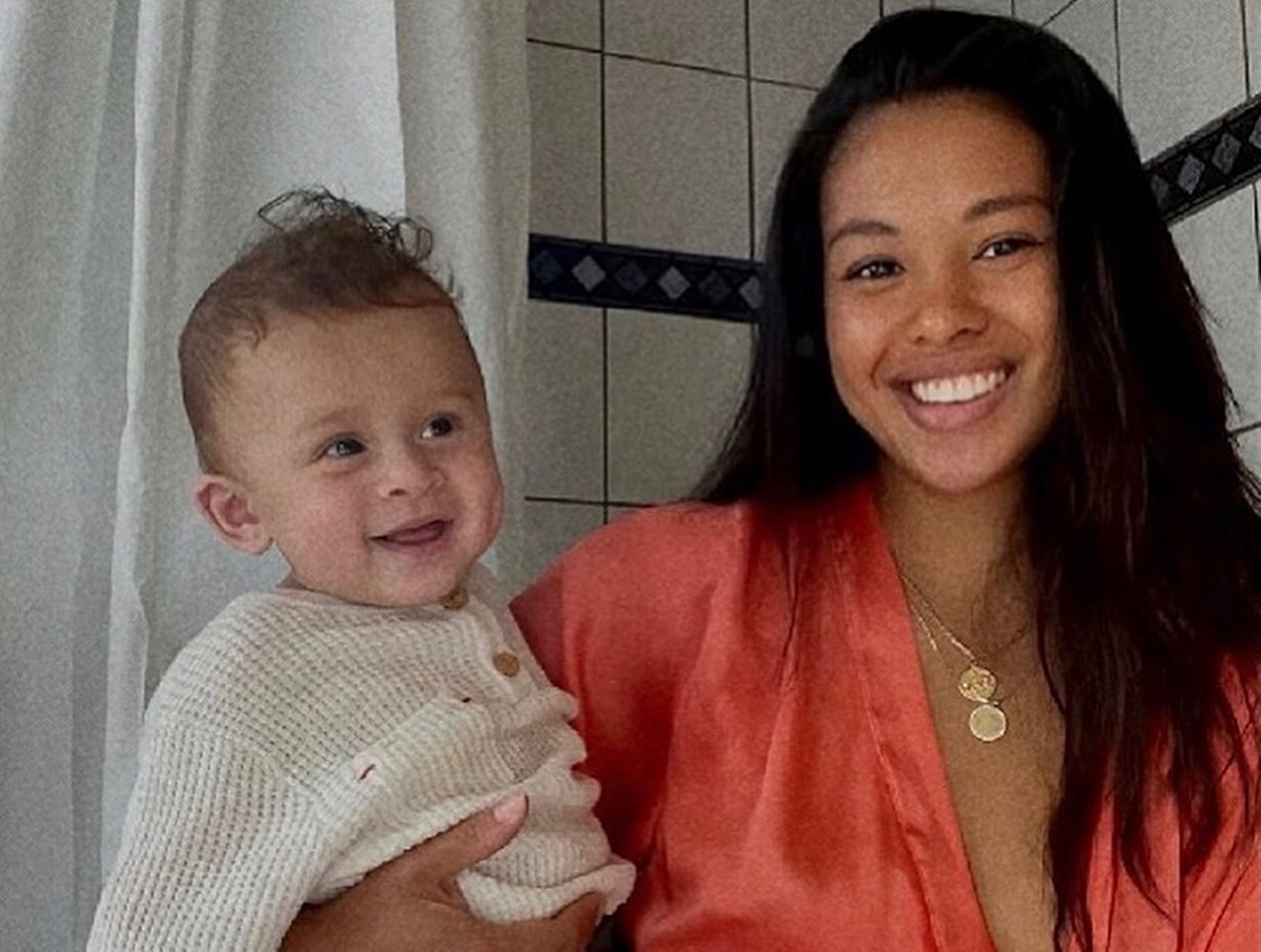 Ammika Harris, 26, has her baby daddy, Chris Brown, 30, singing his hit song that goes like this, “baby, I ain’t seen you, you know I miss you. Baby, let me love you back to sleep once more,” after she took to social media and shared her most stunning photos yet.

For the past few months, Ammika has been in Germany with their son, Aeko Brown, while Chris is in California because they are taking part in self-isolation due to the coronavirus pandemic.

However, Ammika keeps Chris very entertained with her sultry Instagram photos. The model dropped a few pictures that had fans green with envy because she looked stunning in semi-sheer olive green lingerie.

A source confirmed to Hollywood Life that the pair has rekindled their romance and added: “Chris and Ammika have definitely reconnected again during this quarantine because they’re able to focus on each other without so much distraction from the outside world. Chris and Ammika had a lot going on when she left for Germany, so being in isolation has allowed them to get to know each other again in away. They’ve always been FaceTiming so Chris can see Aeko and get updates on how his son is doing, but he and Ammika are connecting more too, and this time apart has actually been really good for them.”

The family friend shared: “Chris and Ammika have realized much more about each other through this isolation from each other than would likely be the case had it not happened at all. They are both embracing how to work together for the benefit of Aeko, and flirting with each other from afar has definitely made the saying, ‘absence makes the heart grow fonder’ an actual thing that they are really taking to heart. It’s been very fluid and nice between them with all the circumstances as they are figuring it all out in a positive way.”

The pal added: “Not being able to be together physically have really pushed them to connect on a different level. It’s also been challenging at times to be stuck so far apart, but right now, they are in a very good place and talking every day and making plans for what they want to do together when they can actually be together again. Chris is dying to see his son, and he misses Ammika too. And his mom is going crazy not being able to hold her grandson. She video chats with Ammika a lot, so she gets to at least see him that way, but it’s not the same as being able to hold him. But they know this is what has to happen right now for the sake of everyone’s health.”

It seems that the on-and-off couple might be ready for the next step.